There’s a new most expensive Omega in town.

A Speedmaster Ref. 2915-1 sold for $3.4 million at Phillips’s Geneva Watch Auction XIV, setting a new record for the most expensive Omega watch ever sold. The gavel price not only smashed the previous high mark for an Omega timepiece, it was also over 25 times the watch’s high estimate.

The new record holder dates back to 1957, the same year the Speedmaster was introduced as part of a trio of professional timepieces that included the Seamaster 300 and Railmaster. It’s the first generation of the watch that’s widely considered Omega’s most historically important model, so the Ref. 2915 is viewed as a “grail” for collectors. The reference was made for two years and this example is from the first of three iterations released during that time. 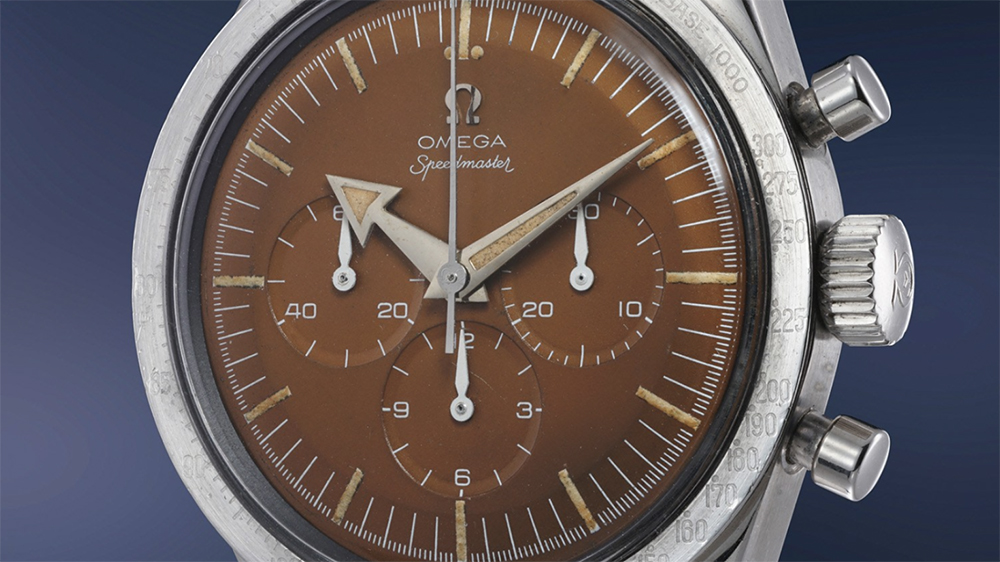 It’s the details that really put this particular example over the top, though. These include its “Broad Arrow” hour hand, a metal bezel with a tachymeter scale (a first for a chronograph) and an oval “O” Omega logo. It’s also aged exquisitely. This is best seen on the watch’s tropical dial, which has taken on a vibrant milk-chocolate hue after six decades of use. The watch’s luminous elements have also turned to a warm golden tone. 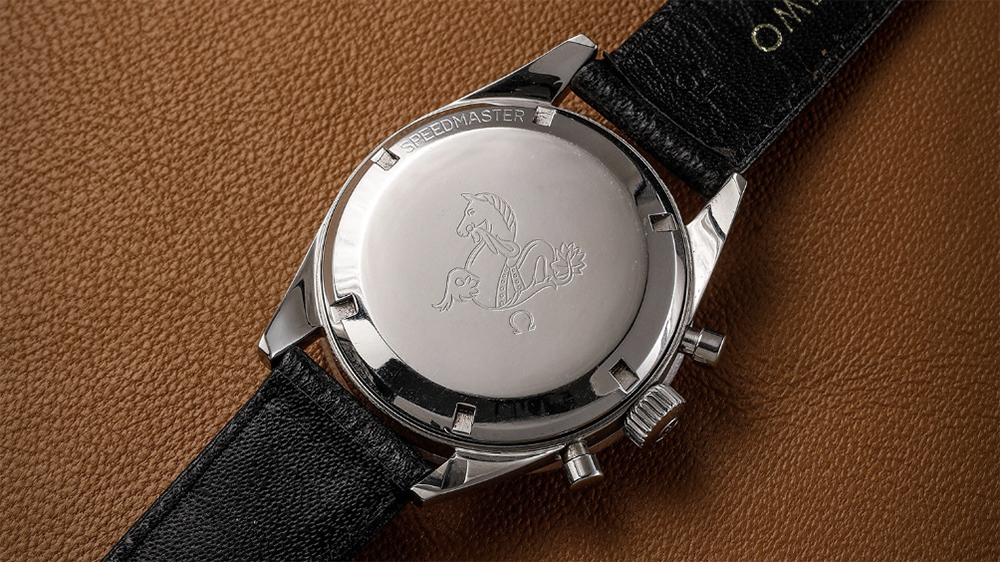 Thanks in part to these unique touches, this Speedmaster is now the watchmaker’s most expensive timepiece of all time, unseating Elvis Presley’s Tiffany-signed Omega. That watch, which was given to the King of Rock & Roll by RCA Records in 1960, sold for $1.8 million in 2018. It’s safe to say no one saw this record-breaking sale coming, though, especially the auction house itself. The Speedmaster had a pre-sale estimate of $87,100 to $131,000 on the original auction listing. The final sale price is 39 times the low estimate and 26 times the high.

It’s proof that even the experts can be surprised from time to time. Pleasantly, in this case.