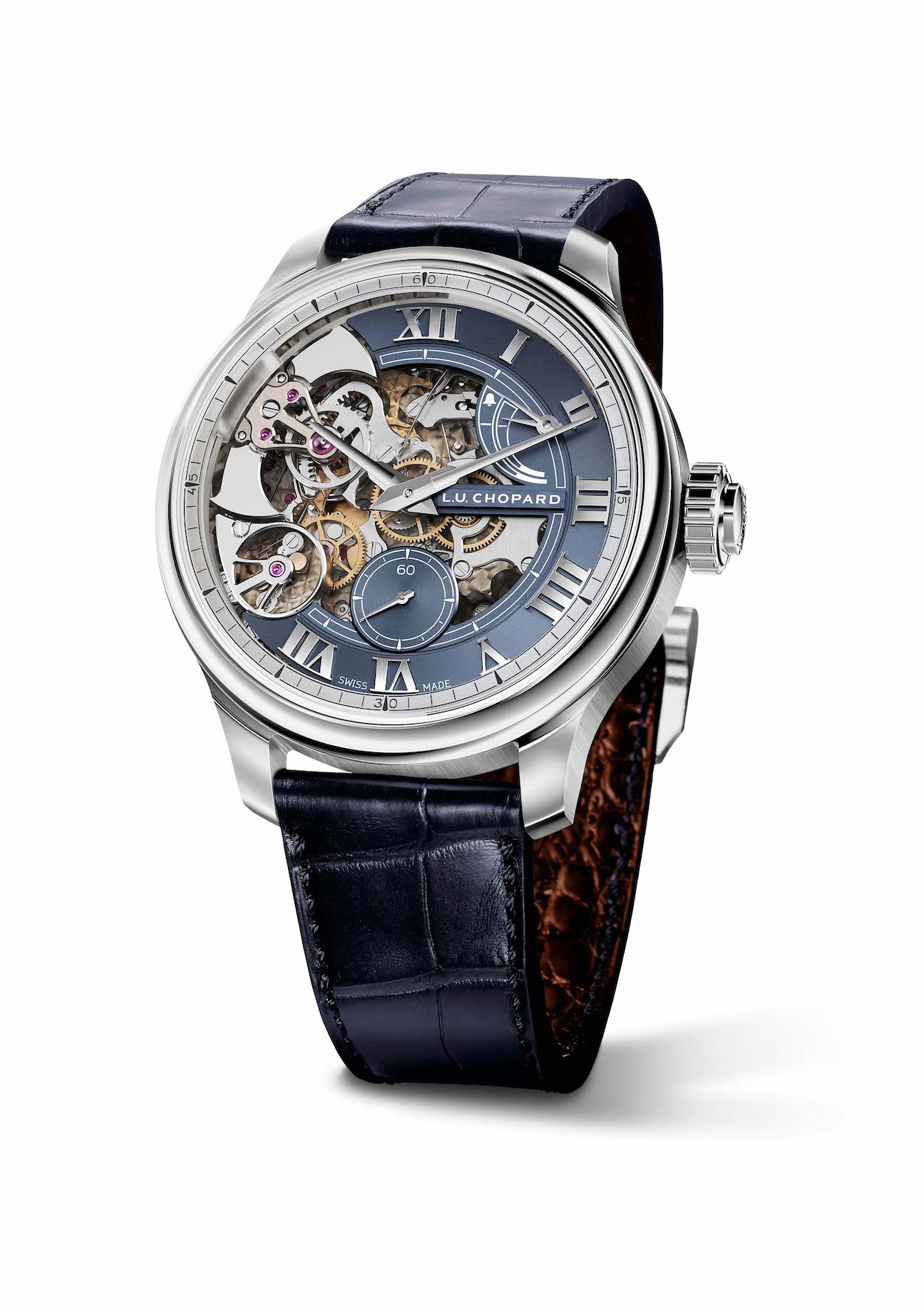 The year 2022 marks exactly 25 years since Chopard opened its Manufacture and began creating its own movements. This was a huge step for the independent family-owned brand, but it was important to become fully integrated and to create top-notch horological masterpieces from the ground up. The L.U.C watch collection represents that technical prowess, with a host of important timepieces in the lineup. Now, to celebrate the anniversary, Chopard unveils several important watches, including the new 20-piece limited edition L.U.C Full Strike watch in platinum.

According to Karl-Friedrich Scheufele, whose vision it was to become a complete manufacture, the new watch is a reinterpretation of the previous Full Strike, but with an all-new caliber and a crystal minute repeater gong and hammer system – a true rarity in watchmaking. The Full Strike houses the L.U.C 08.01-L minute repeater movement that strikes the hours, quarter hours and minutes past the quarter hours on demand.  The chronometer-certified timepiece boasts several innovations and patents, including the sapphire crystal gongs made from a single piece of sapphire. The purpose of the crystal gongs: a crystal-clear sound. The caliber took 15,000 hours to develop but was well worth the wait. 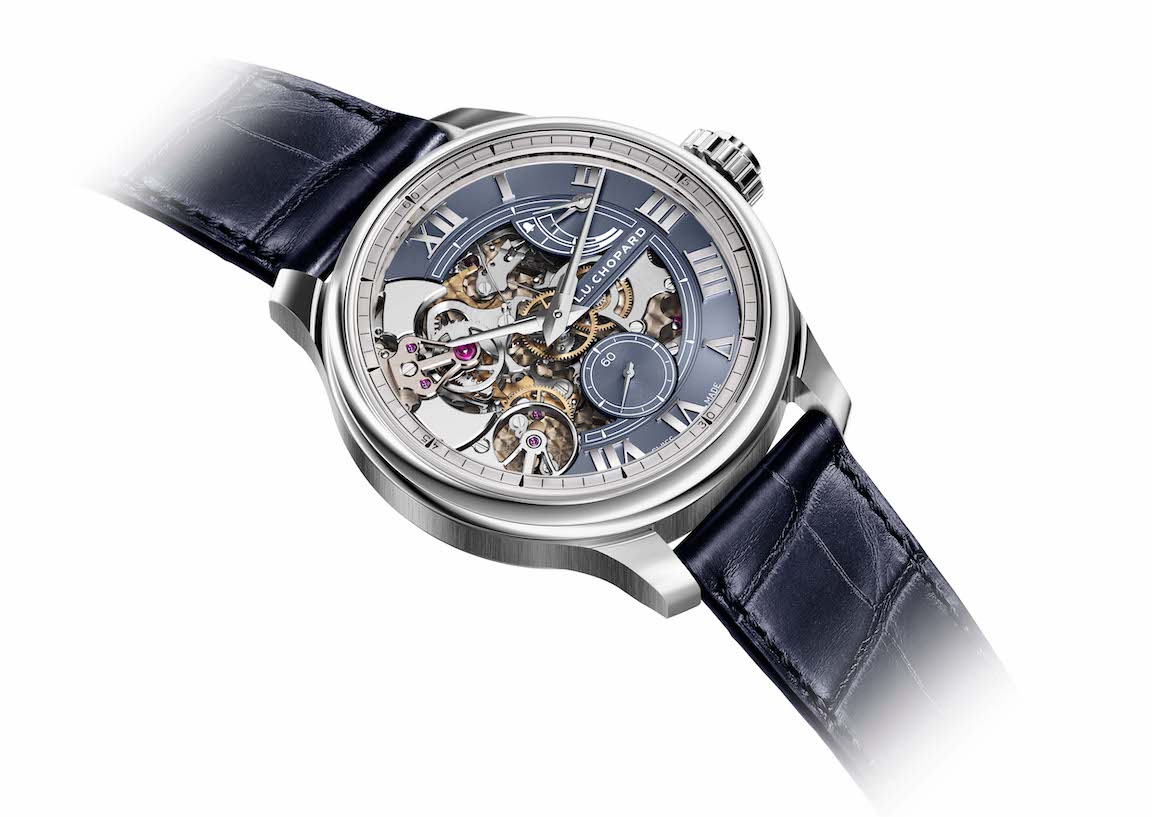 Chopard_L.U.C Full Strike watch is crafted in platinum with a sapphire single-piece gong.

While the first Full Strike watch from the brand was released five years ago in 2016 – and won the “Aiguille d’Or” – the “Best in Show” prize at the Grand Prix d’Horlogerie de Genève in 2017, it was not made in platinum. The first one was rose gold, followed in 2018 by a white gold version.  The combination of crystal gongs and the hard platinum for this new piece beautifully amplifies the chimes. The watch also boasts a patented strikework-pusher disengagement system that ensures the minute repeater can’t be accidentally activated a second time when the sounding sequence is already started.

Incredibly complex, this 42.5mm watch is meticulously finished according to the Hallmark of Geneva standards, with much of the 533-part mechanical movement visible via the transparent sapphire caseback. The dial is also open worked for viewing inside. The watch – all 20 versions – is COSC-certified chronometer, attesting to its precision. It takes the master watchmakers at Chopard approximately 160 hours to pre-assemble all of the parts and about 22 days to build a single watch.

A tour around the gold dial finished with a grey/blue galvanic treatment, showcases a snailed chapter ring, applied Roman numerals, Dauphine fusee-type hour and minute hands, a baton-style small seconds hand and a power reserve hand.  It is finished with a hand-sewn alligator leather strap. The price is on request only, but we can pretty much deduce that it will be somewhere in the quarter-of-a-million-dollar range. 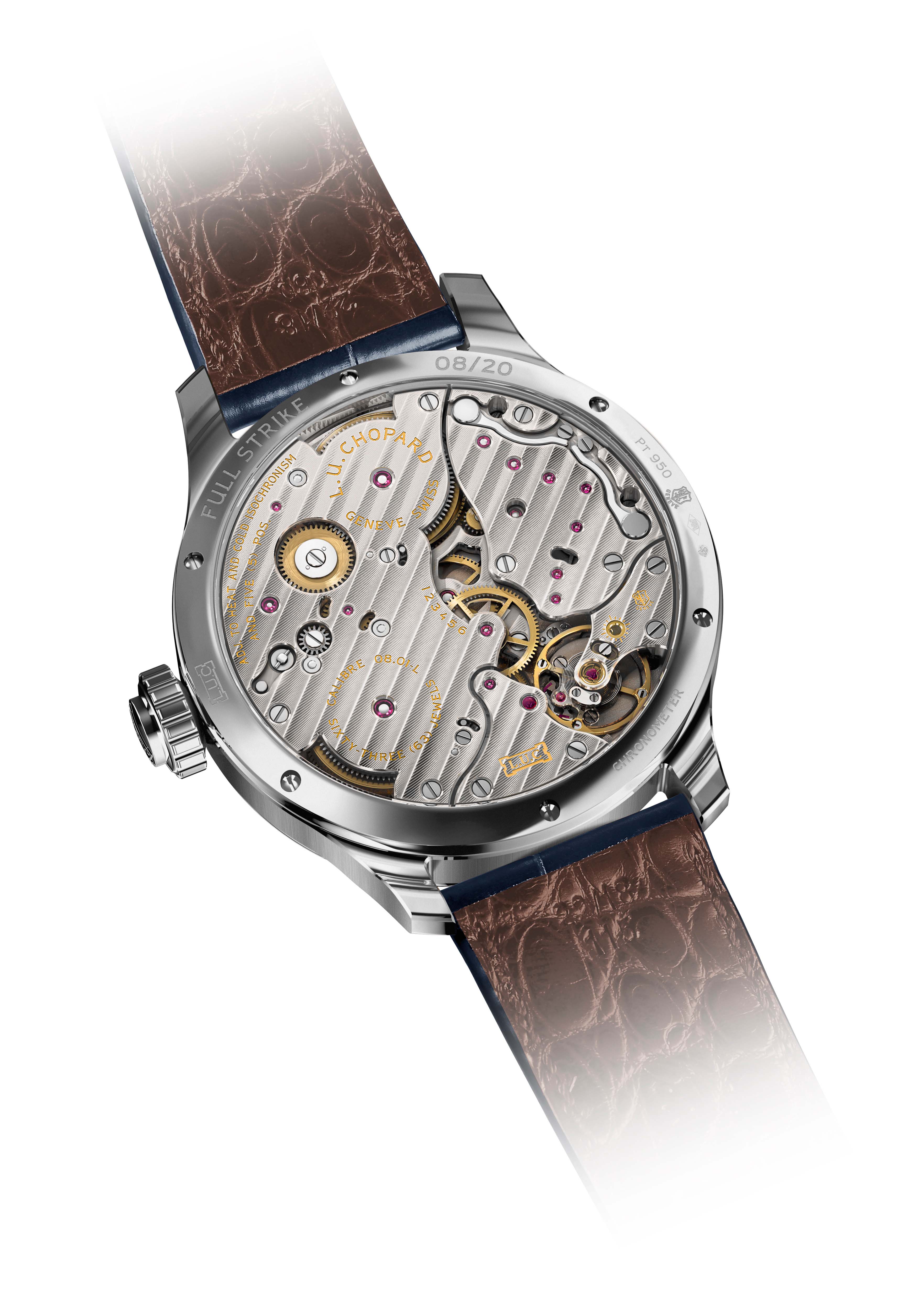 The movement inside the Chopard_L.U.C Full Strike watch consists of 533 parts. Just 20 will be made.