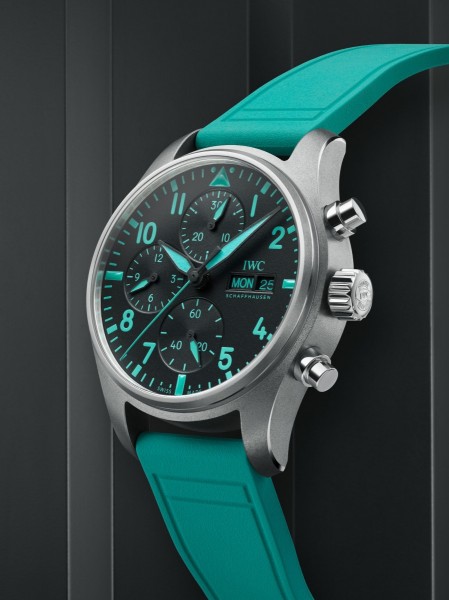 The IWC Official
Mercedes-AMG Petronas Formula One(TM) Team Watch is based on the Pilot’s Watch 41 Edition.

This past weekend with the Miami Grand Prix in full swing, IWC Schaffhausen keenly timed the unveiling of its Mercedes-AMG Petronas Formula One(TM) Team watch to play off the hype of the races. It didn’t need to. This watch would steal the victory lights no matter when it was introduced. Of course, the timing was perfect since the brand is the Official Partner of theMercedes-AMG Petronas Formula One Team. For this first official team watch, the Pilot’s Watch Chronograph 41 Edition, IWC opted to craft it in light weight grade 5 titanium and coated the black dial with printing  and luminescent that matches the bold Petronas green color … a fantastic look. 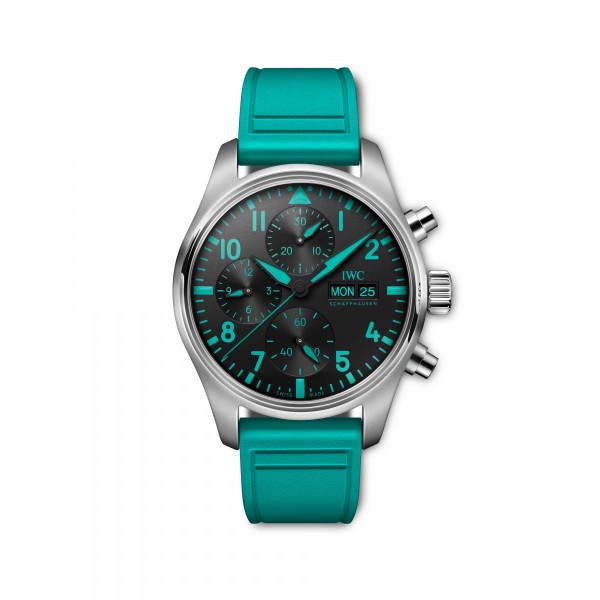 IWC has been the official partner to the team since 2013, but opted to create the new watch just in time for the first-ever Miami Grand Prix(TM). Powered by the IWC-made Caliber 69385 automatic chronograph movement, the watch makes a bright and active statement. It is sold with two straps — one each in calfskin and rubber — that can be quickly changed via the EasX-Change(R) system. 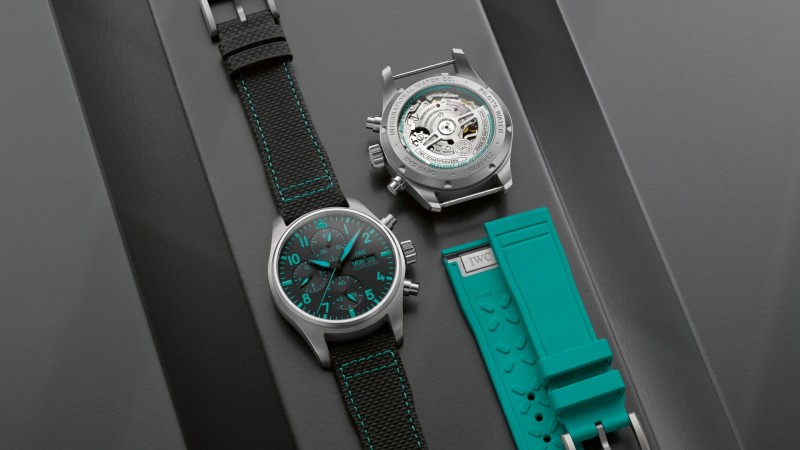 The IWC Official
Mercedes-AMG Petronas Formula One(TM) Team Watch is sold with a calfskin strap and a Petronas green rubber strap, each of which can be quickly changed without the use of tools.

IWC CEO Chris Grainger-Herr and Mercedes-AMG Petronas F1™ Team Principal & CEO Toto Wolff announced the result of the development of the official watch for the team together in Miami. This watch will be worn by the team, including designers, aerodynamicists, race engineers, strategists and mechanics.

“Both fine watchmaking and racing are all about precision, craftsmanship and performance engineering. But it’s the human factor – the passion the love and the dedication that make all the difference between good and great. This notion perfectly describes our long-standing partnership with the Mercedes-AMG Petronas Formula One™ team and we are celebrating this partnership with the launch of the new team watch in Miami,” says Christoph Grainger-Herr, CEO of IWC. 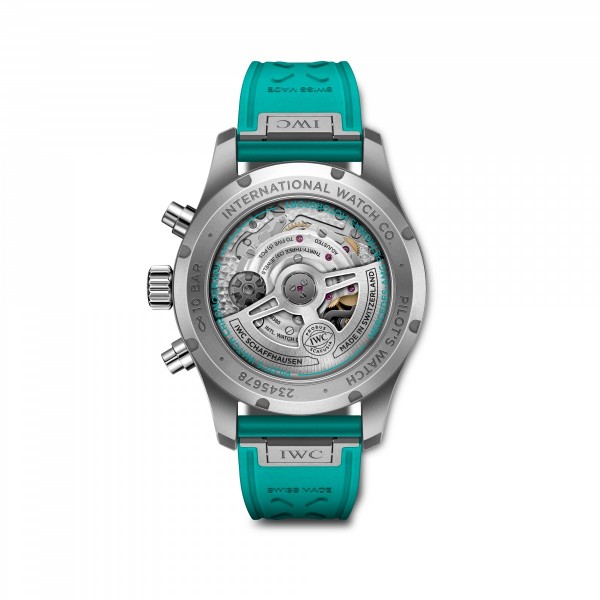 With eight championships won between the 2014 and 2021 seasons, the Mercedes-AMG Petronas Formula One™ team holds the record for the most consecutive constructors’ titles. During those title-winning seasons, the team has scored 111 wins, 232 podium finishes, 118 pole positions, 81 fastest laps and 53 one-two finishes from 160 race starts. Behind these accomplishments is a team of more than 900 professionals, including several hundred highly qualified engineers. In the team’s technology centres in Brackley and Brixworth, northwest of London, they design, develop, manufacture, assemble, and operate the championship-winning cars piloted by Lewis Hamilton and George Russell on the racing circuits worldwide 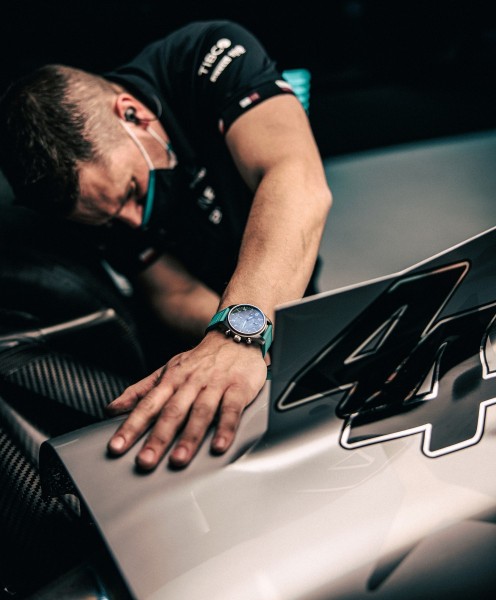 “We’re delighted to unveil the first official team watch we’ve developed with IWC,” says Toto Wolff, Team Principal & CEO of the Mercedes-AMG Petronas Formula One(TM) team. “It underscores the spirit of unity and the sense of belonging within our team and is a testament to the relationship we have built with IWC over the last decade. I am looking forward to seeing the watch being worn by members of the team trackside in Miami this weekend.”

The Pilot’s Watch Chronograph 41 Edition “Mercedes-AMG Petronas Formula One™ Team” is available exclusively online on IWC.com and retails for $7,850. In addition, the timepiece is eligible for registration under the My IWC care program and can benefit from a 6-year extension to the standard 2-year International Limited Warranty.