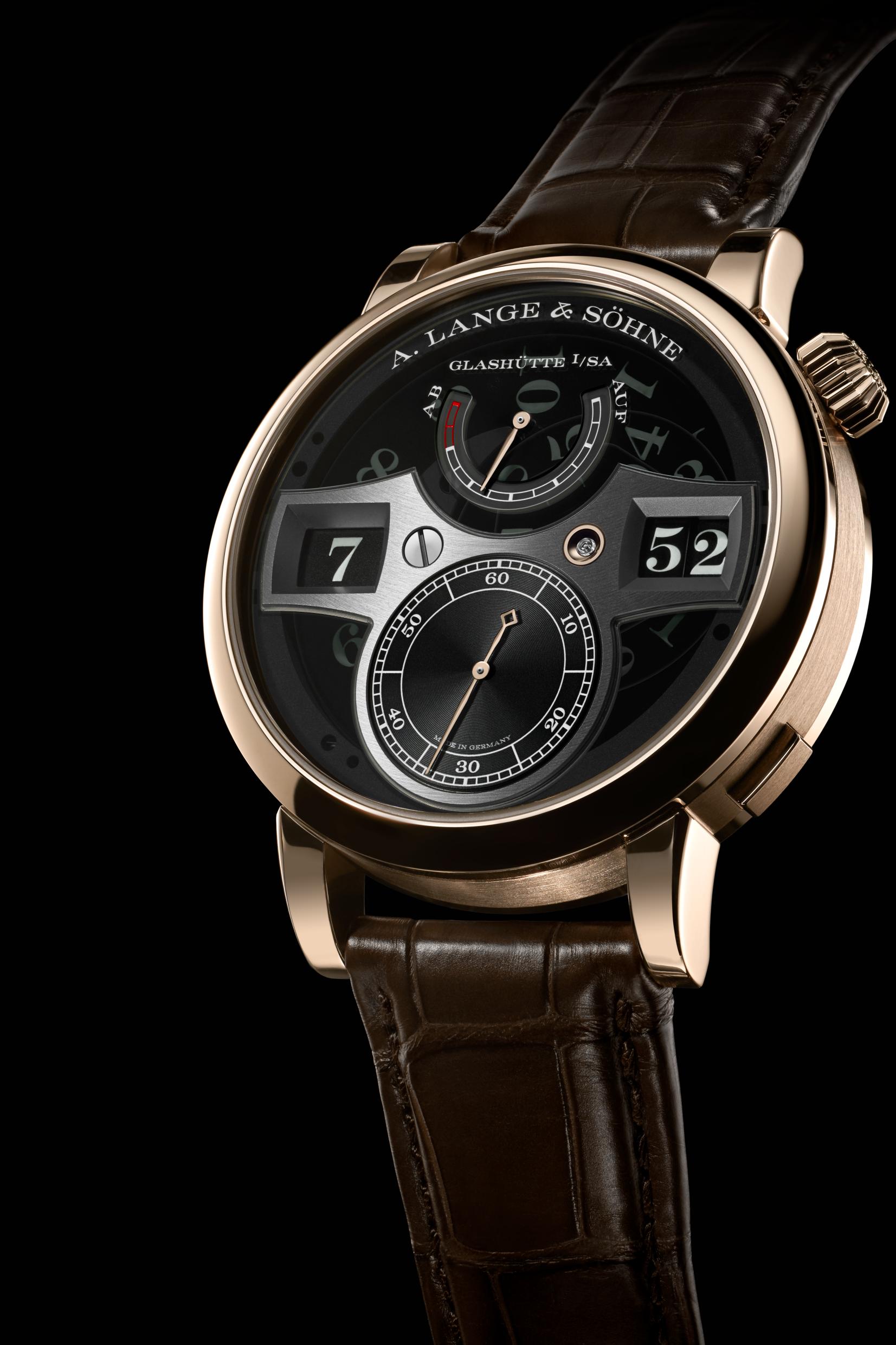 For the past decades, German brand A. Lange & Sohne has been making great inroads in the world of watchmaking, luminous milestones and its own proprietary materials. This year, it all culminates in an incredibly special Boutique-exclusive edition of the Zeitwerk Honeygold Lumen. The timepiece boasts three extraordinary feats from this brand all wrapped into one: the Zeitwerk mechanical complication that uses three “jumping” disks to showcase the time in digital format, a proprietary Honeygold case, and the incredible proprietary luminescence known as Lumen. The new Zeitwerk Honeygold Lumen watch retails for $145,000 and is created in a limited edition of just 200 pieces. While A. Lange & Sohne is already a highly coveted “collector’s” brand, this timepiece is most likely going to go down in watchmaking history as the watch to invest in.

The Zeitwerk series, first unveiled in 2009, took the world by storm thanks to its jumping hours and minutes indication on a harmoniously balanced dial.  The new Zeitwerk jumping hours watch is powered by an all-new in-house-made caliber with 72 hours of power reserve compared to the previous Zeitwerk watches, which offered just 36 hours of power reserve. The master watchmakers at A. Lange & Sohne were able to double that time frame thanks to the use of two mainspring barrels. The brand further equips the new movement, manually wound caliber L043.9, with a patented constant-force escapement. 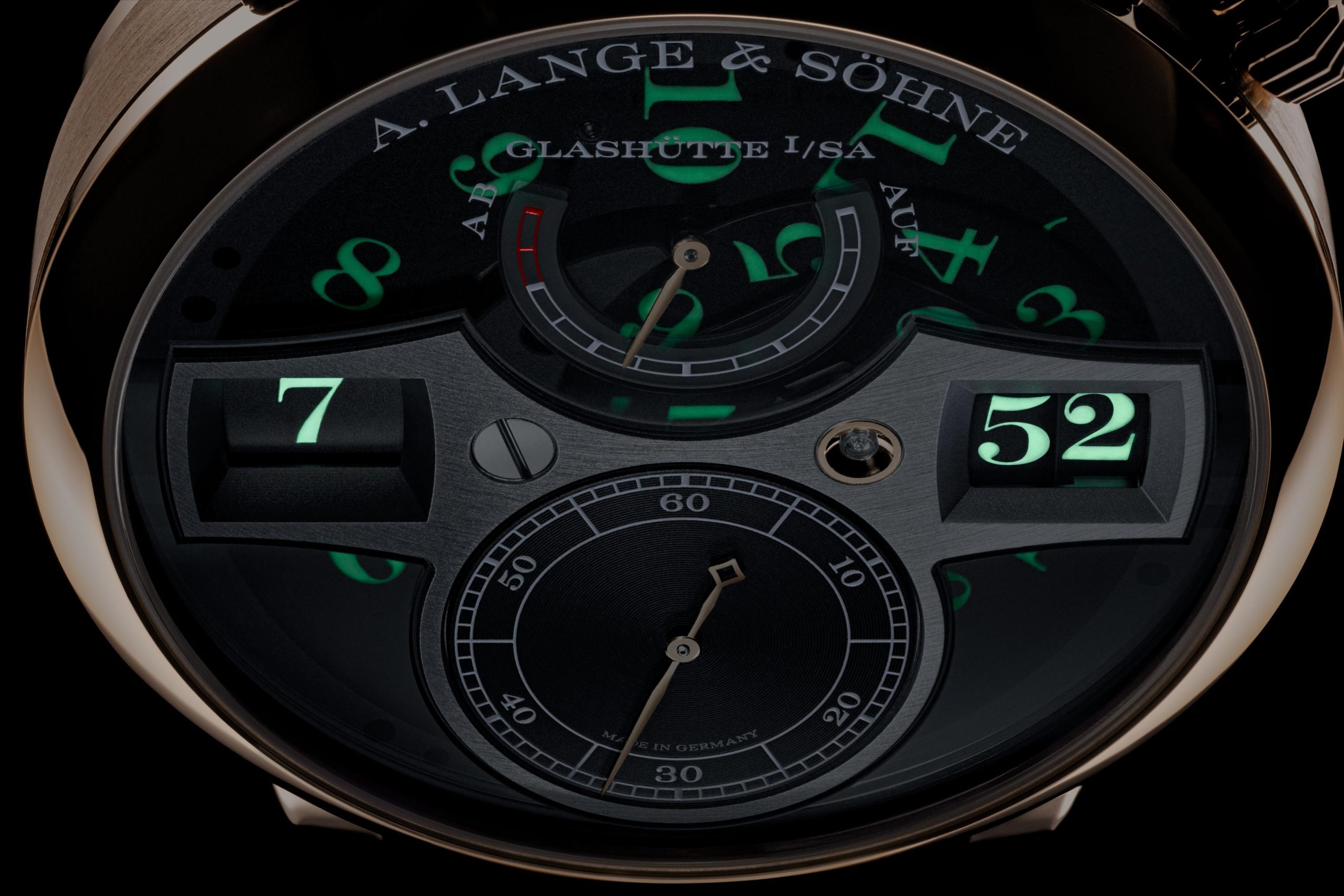 A pusher at 4:00 on the Honeygold case is an “instant switch” system so that, essentially, with a simple click the movement switches the digital numerals from one hour to the next and acts as a n easy rapid correction.  The timepiece is also fully endowed with a constant-force escapement that keeps the switching processes in check and allows for the automatic jumping advance of the time display – all in uniform sync. The integrated pusher alone required additional watchmaking components. It total, this new caliber boasts a massive 462 parts that all work together in beautiful unison. Via a transparent sapphire case back, the movement with its hand-engraved balance and wheels, is highly visible.

A tour around the dial showcases the jumping hour aperture at 9:00 opposite the jumping minutes at 3:00. with a metal time bridge connecting them. In a semi-circular indication at 12:00 lies the power reserve, and a subsidiary dial at 6:00 displays the seconds. The numerals, all of which are the exact same size, are coated with a  light-permeable substance so that they absorb enough UV light to be read in the dark – Lange’s Lumen.  In fact, the entire “Lumen” series of watches – first patented and presented in 2010– delivers scientifically advanced luminous.  Following the first Lumen watch in 2010, A. Lange unveiled the Grand Lange 1 Lumen in 2013, the Grand Lange 1 Moon Phase in 2016, and the Datograph Up/Down in 2018. All were highly successful. 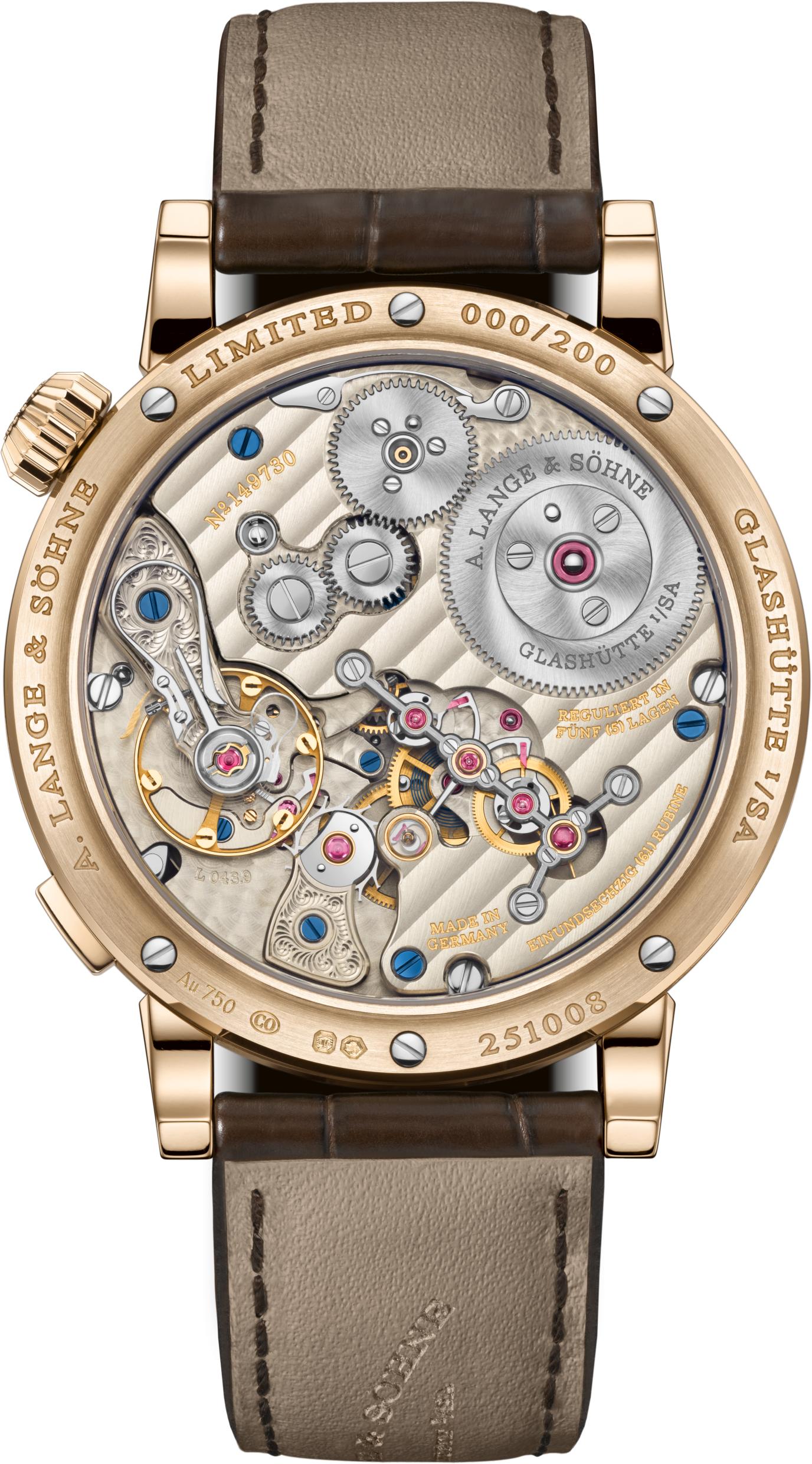 The newest Lumen Zeitwerk Honeygold watch measures 41.9mm in diameter and boasts a black rhodium plated German silver three-quarter main plate and a dark sapphire crystal dial coated with anti-reflective material. Each of the 200 watches is engraved with its limited-edition number. This is a boutique exclusive that launched earlier this week at a spectacular event in New York. The entire Lumen collection, including this watch will not only be on display in New York from Oct. 26 until November 9, but also it will travel to the brand’s USA boutiques, including Costa Mesa, CA, from November 10-23, Miami (Nov. 24-Dec. 9), Houston (Dec. 11-16) and Chicago from January 3-10, 2022.