Summer’s here, lockdown is over and it’s time to let loose with a colorful sports watch on your wrist that everyone will notice. Breguet is the unlikely provider of this timely accessory.

The brand is better known for its classic complications and purist, precious metal dress models. The Type XXI 3815 chronograph, however, is pure Breguet. Louis Charles Breguet, a great-great-grandson of founder Abraham-Louis Breguet, was a pioneer of French aviation. He developed the gyroplane, the forerunner of the helicopter, along with a number of biplanes, seaplanes, fighter jets and civilian transport aircraft. The Breguet watch manufacture made aviation timepieces not only for his company, Breguet Aviation, but also for the American Air Force. In 1935, it started making wrist-worn chronographs, and in the 1950s, supplied the French Armed Forces with aviation watches. One of these early models, the Type XX chronograph, is the forerunner of the XXI. The “type” was not a model produced by any one company at the time, but rather, a military procurement specification from the French government that required its aviation watches to have a flyback chronograph function. Breguet was one of the main suppliers. 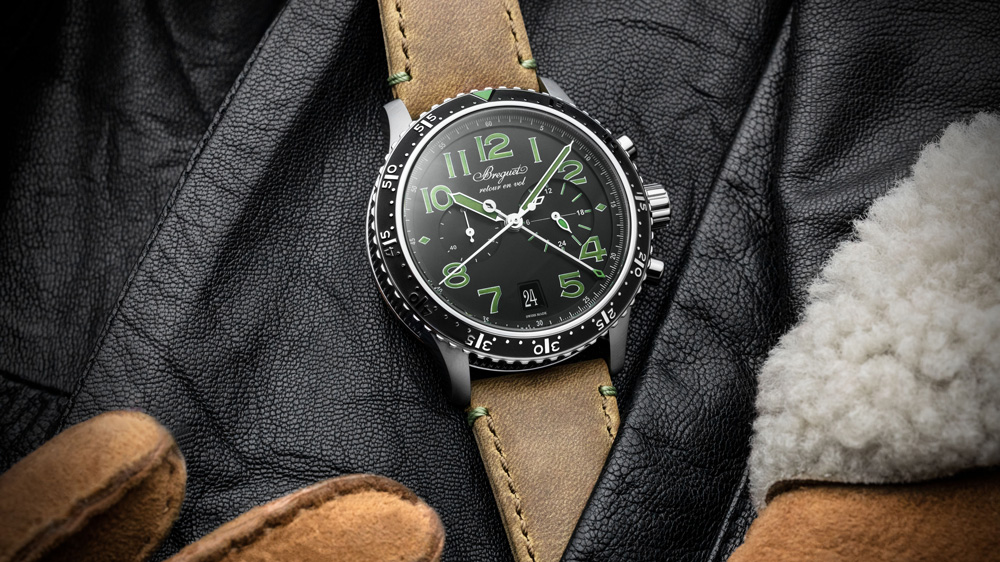 The Type XXI 3815 is a cleaner, more modern version of its predecessor, the Type XXI 3817. It has the same 24-hour totalizer in a subdial at 3 o’clock, and a small seconds at 9 o’clock, but the 12-hour totalizer at 6 o’clock is gone, leaving only the date window in that spot. The 3817’s vintage-style dial is modernized with new colors—a choice of lime green, the hottest color in fashion, décor and watches at the moment, and orange. The colored numerals, markers and hands are fully lumed for increased legibility. 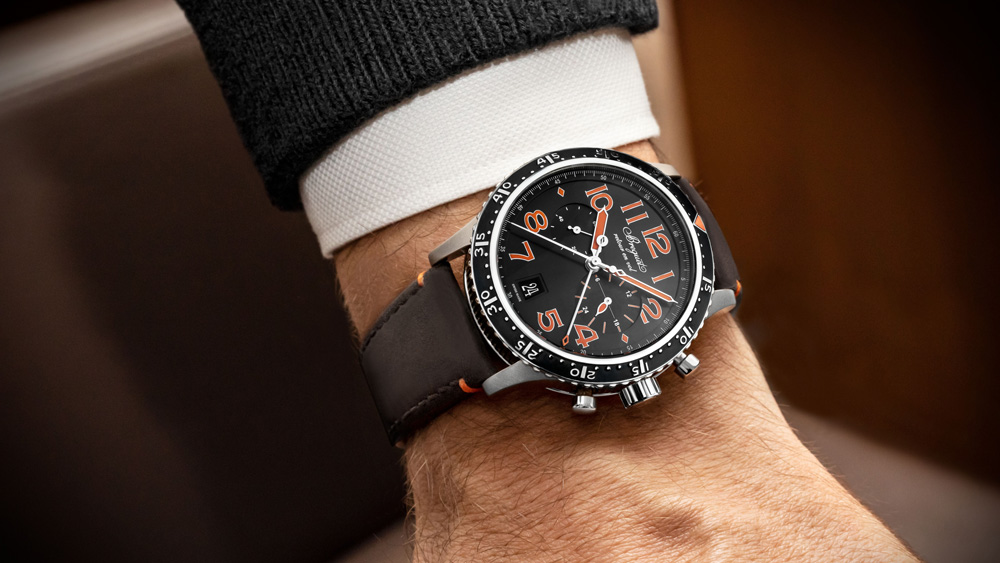 It contains the automatic caliber 584Q/A, an update from previous movements, with silicon escapement components and a finish that makes it worthy of viewing through an open caseback. It is a flyback chronograph, as the “retour en vol” (the French name of the function) on the dial so elegantly reminds us, and thus perpetuates the historic military “type” requirements. Pressing the return to zero pusher causes the chronograph totalizers to “fly back” to the zero position, after which the chronograph begins running again immediately. Before automated aerial navigation, it allowed pilots to precisely measure flight times. 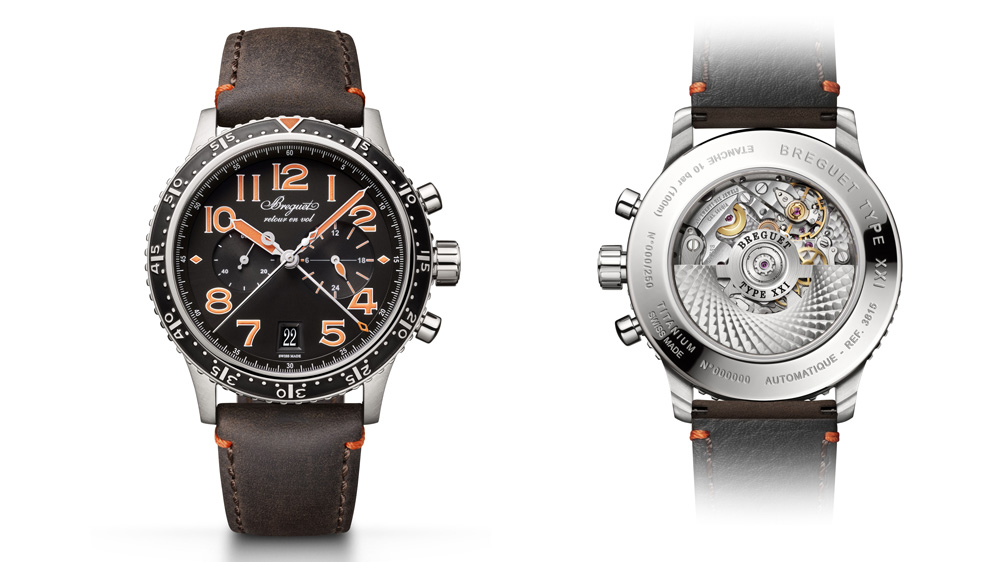 The Breguet Type XXI 3815 ($14,900) is a numbered limited edition of 250 pieces in each of the two colors. The 42mm case is polished and satin-finished titanium, and the bidirectional bezel is black lacquered.