Breitling is spreading its wings with a new line of Super AVI aviator watches inspired by four historical aircraft.

The company traces its roots with military timekeeping as far back as the 1930s when its Huit Aviation department began crafting cockpit clocks for armed forces. Last year, the company unveiled in a limited-edition run of the AVI Ref. 765 1953 Re-Edition with only, you guessed it, 1,953 pieces available. The new, unlimited, collection also takes its cues from the Ref. 765 AVI, first created in 1953 as an early commercial timepiece for aviation enthusiasts who dubbed the piece the “co-pilot.” 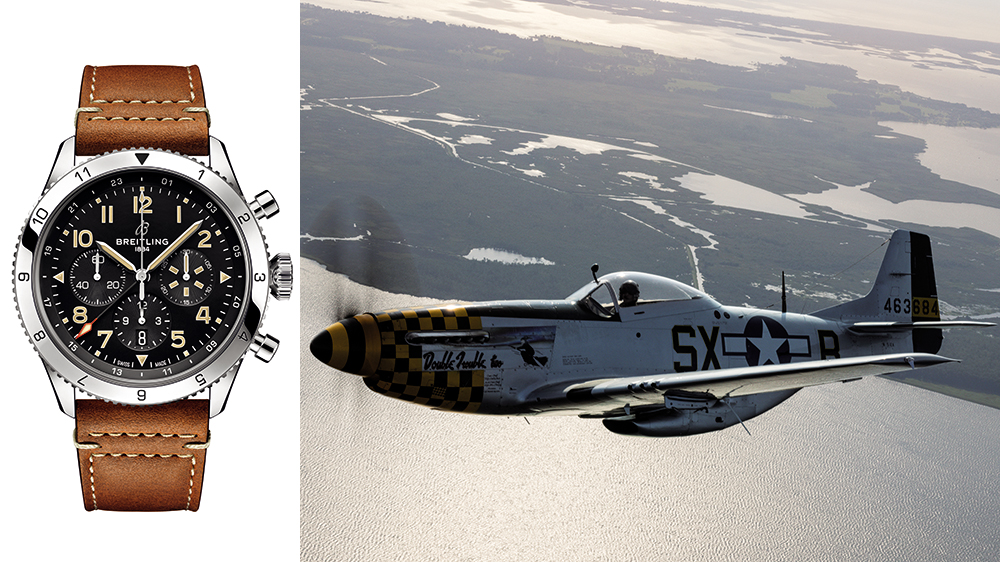 The full range includes five timepieces that pay tribute to America’s robust historical military flight machines such as the P-51 Mustang, the Vought F4U Corsair, the Curtiss Warhawk and the Mosquito (a.k.a. the “Wooden Wonder”). Each piece mimics the colors and markings of its namesake. For instance, the Super AVI P-51 Mustang comes with a black dial and yellowish-cream hour markers in keeping with the aircraft’s checkered nose and the Super AVI Curtiss Warhawk’s dial sports the same olive green hue and red accents as the body of the bird. 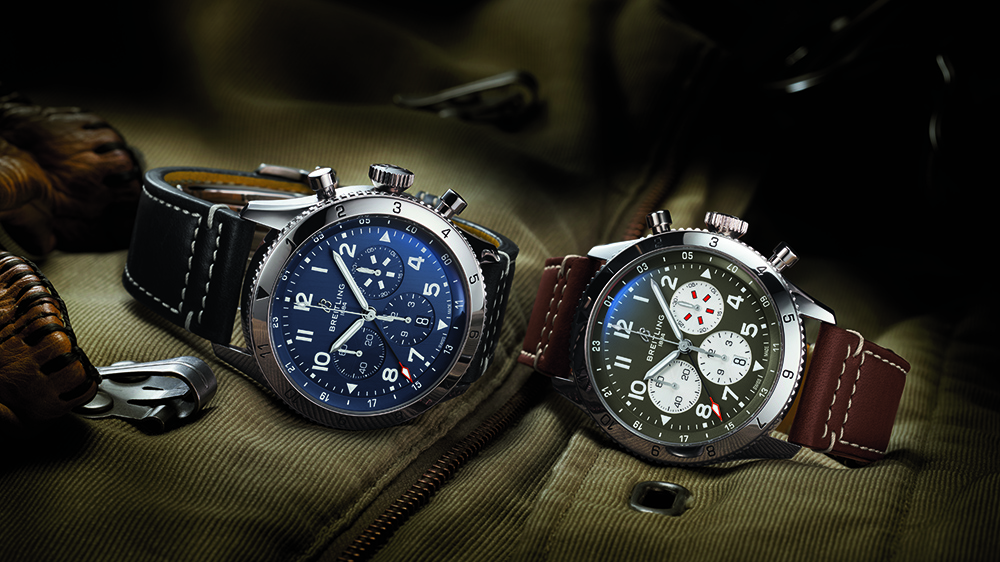 Other distinctive design markings of the hefty 46 mm x 15.9 watches include oversized Arabic numerals (both on the dial and the bezel), an oversized crown at 3 o’clock and knurled bezels—all de rigeuer functional pilot’s watch elements dating back to an era in which they were actually critical to a flight mission. Even the top-stitched calfskin straps are true to the origins of airborne timekeeping. Naturally, they also come with a GMT function to track two time zones via a 24-hour marking on the inner bezel and a red-tipped indicator hand. And the precious cargo in each timepiece’s undercarriage? The COSC-certified manufacture caliber B04 movement, providing 70 hours of power reserve. 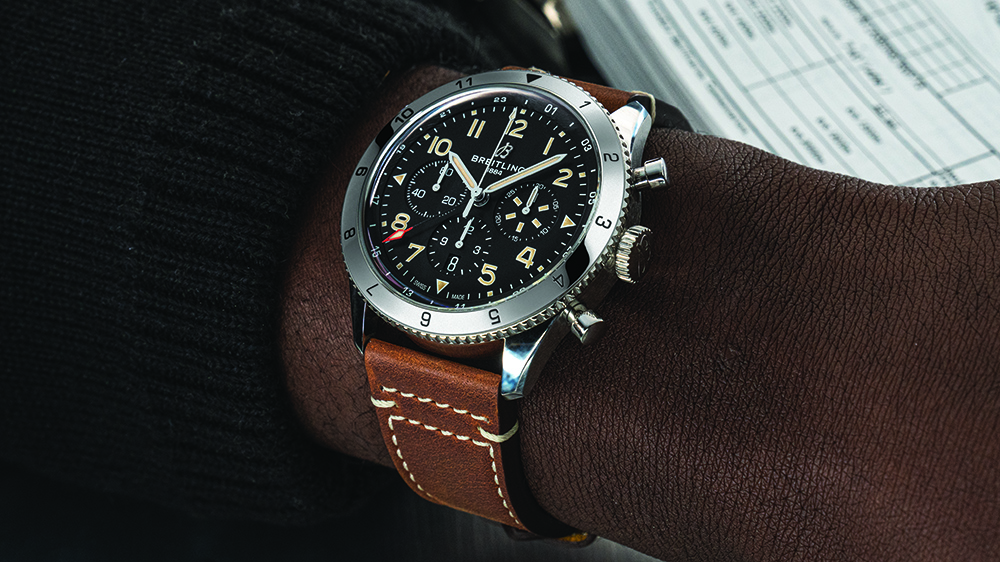 Breitling’s re-edition heritage-inspired timekeepers have been a hit since 2019, when the 1959 Navitimer Ref. 806—created in partnership with famed Breitling collector and historian, Fred Mandelbaum—hit a high note with horology enthusiasts. It was quickly followed up with the AVI Ref. 765 1953 Re-Edition in 2020, so it only makes sense that the company would want to capitalize on the popularity of these throwback pieces by making a new range available in an unlimited run.

Of course, serious collectors will still want to get their hands on the next Re-Edition, but for the rest, the new Super AVI lineup should have you on Cloud 9.