A star-studded crew showed up at Omega’s boutique opening in San Francisco on 231 Post Street. A total of 11 bold-faced names, including longtime ambassador Cindy Crawford along with her daughter Kaia Gerber and Nick Jonas, turned out to celebrate the new West Coast flagship. Olympians Dalilah Muhammad, Noah Lyles, Armand “Mondo” Duplantis and Michelle Wie, along with astronauts Kathy Sullivan and Nicole Sotto, also turned up for the splashy event which included a dinner at the De Young museum. 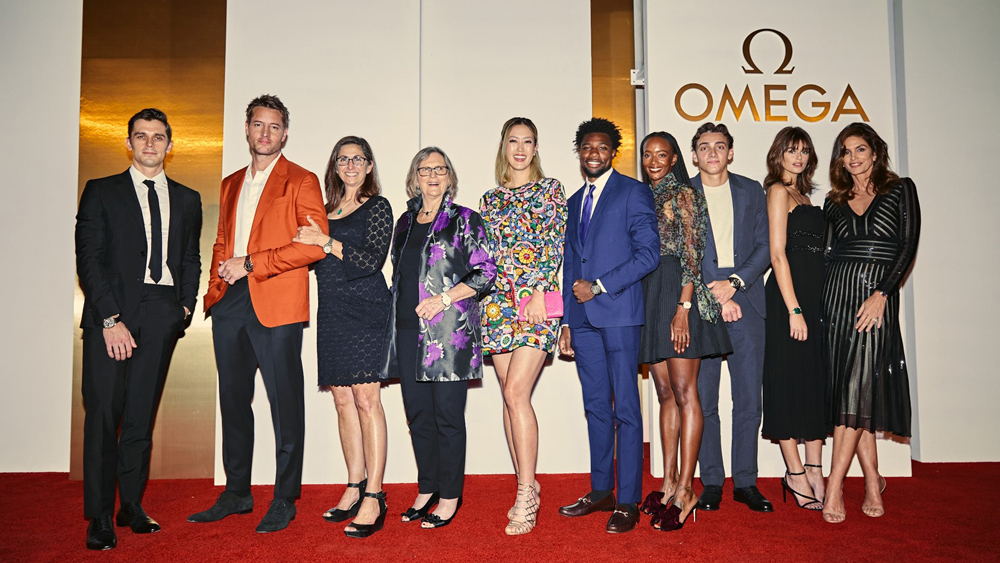 During a panel discussion at the opulent and historic Hibernia building, a former savings and loan bank that has been converted to an event space, it was Crawford who shared the juiciest tidbit of the evening. When asked which Omega the 19-year-long ambassador would never part with, the supermodel revealed she is the owner of a unique Constellation timepiece—the only one in platinum, given to her by Mr. Hayek Sr., the late co-owner and founder of the Swatch Group. Her daughter and fellow supermodel, Kaia Gerber, joked about acquiring the piece one day, but for now, she’s sporting the newly launched 18-karat yellow gold De Ville Trèsor with a stunning malachite dial. But auction houses and collectors alike might want to keep tabs on Crawford’s unique Constellation in years to come. 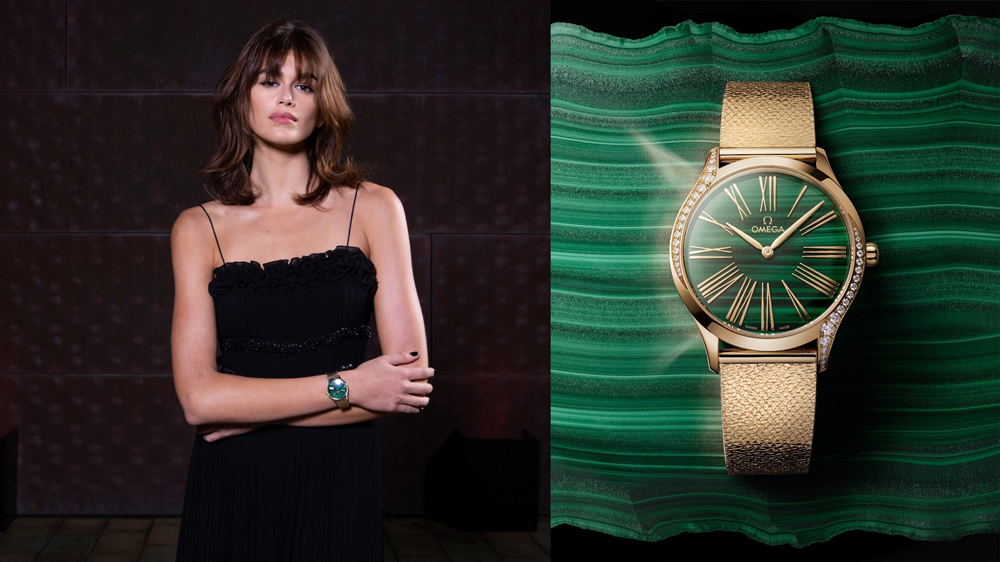 Both Crawford and Gerber were anointed to cut the ribbon on the new flagship, alongside Swatch Group’s U.S.A.’s country manager, Arnaud Michon, and Omega CEO, Raynald Aeschlimann. “This boutique for us was very special because, as you can imagine, during the past 20 months nothing really happened, so opening a boutique is a kind of big symbol,” Aeschlimann told journalists at the boutique. “San Francisco is our 25th boutique in the country.” 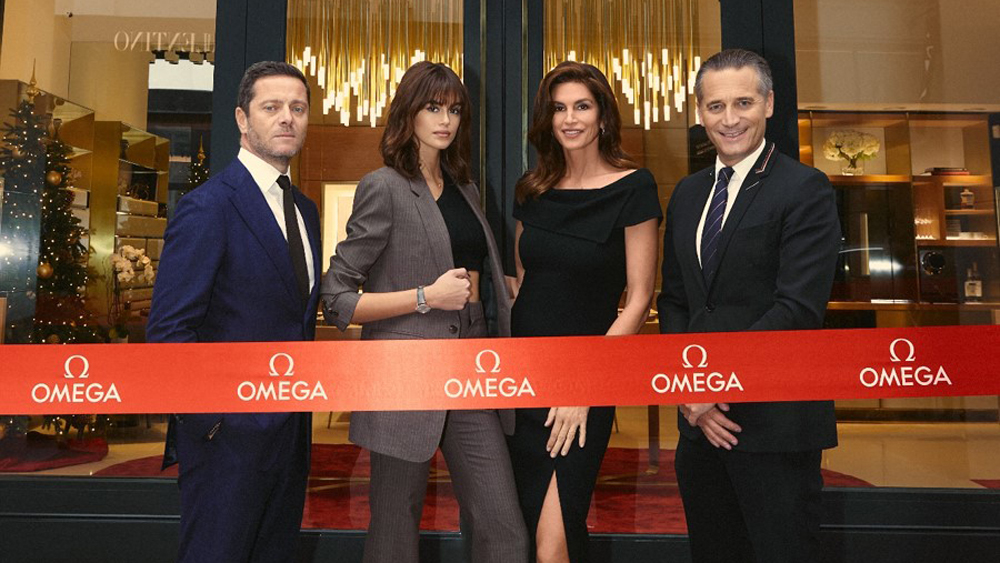 He also noted that the city was particularly special for him as he had been fighting for a boutique in the location for the past four years. “We are so happy to be here now with the city back to life,” Aeschlimann added. “As you know, San Francisco is a big tech city, so we have many clients here and people that are fans of the brand and many of them came the first day already to see the boutique, so it’s a good sign and we are very optimistic about the fact that this boutique will be successful.”