While Hermès has long been known for its dial work, some of its more complex designs have been outsourced to specialists, including the brand’s skeletonized models, first introduced in 2010 with the Arceau Squelette. Not so with the new 39.5 mm Slim d’Hermès Squelette Lune: the intricate skeleton dial is manufactured at the fashion house’s watchmaking headquarters, Les Ateliers d’Hermès Horloger in Le Noirmont, Switzerland. (And, if you look closely, you can make out hints of the company’s “H” motif repeated in the dial architecture.) Its ultra-thin H1950 movement, however, is made by the elite Vaucher manufacture in Fleurier, Switzerland—known for creating calibers even for elite centuries-old watchmakers. 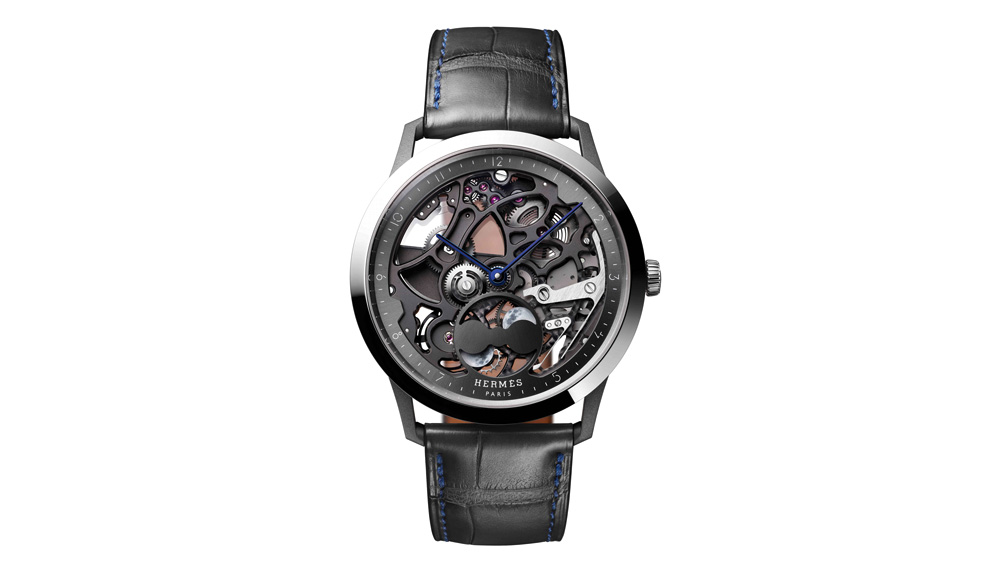 By their subtractive nature, such designs are already light on the wrist. But the $20,550 Squelette Lune goes a step further with a dial crafted in ultra-lightweight black titanium in both matte and glossy finishes; the case band and caseback are also made from the material. It comes topped off with a bezel in 950 platinum and a crown in white gold. Ruby jewel bearings between 11 and 12 o’clock provide pops of color along with the blue hands, PVD-coated for legibility, which match the stitching on the black alligator leather strap. The interior of the strap is tan in hue, pictured above peeping through the hollowed-out areas of the dial. Rounding out the design is a stylishly executed double moonphase display positioned at 6 o’clock. They rotate beneath two connected circles (pictured below), to mark the points of the moon’s rising and setting in the two hemispheres, which have been intricately finished in a sunray pattern. 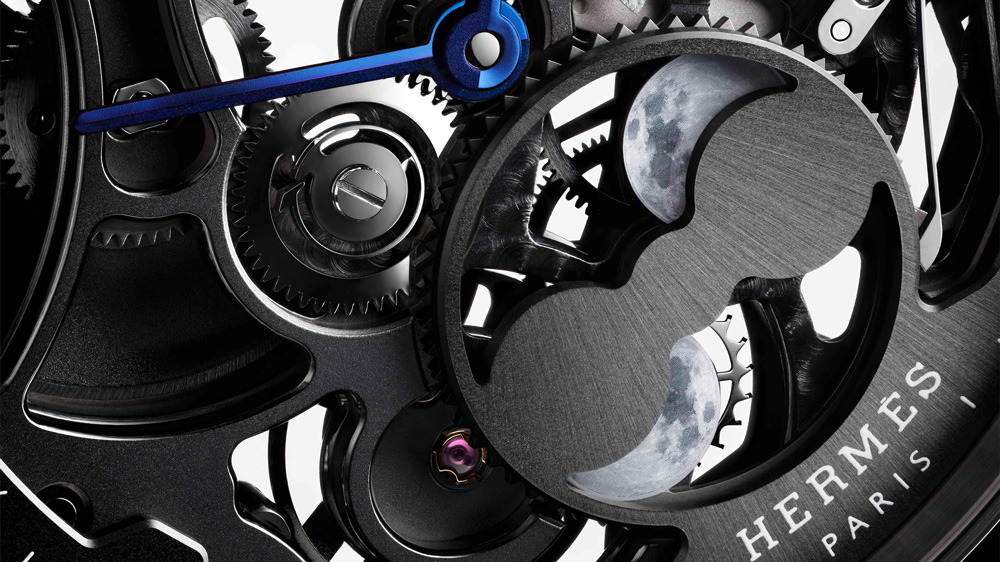 Ironically, paring a dial down to its bare bones can often have the reverse effect, giving a timepiece an overly busy facelift. But Hermès, as with its ready-to-wear and leather goods, manages to make even the highly technical look clean and sophisticated with just the right amount of flourish.