Japan’s microbrand Minase produces watches with a distinctive personality and a manifest attention to detail. With its emphasis on artisanal handiwork, respect for tradition and willingness to learn by trial and error, Minase’s philosophy reflects its Japanese heritage. Renowned for its signature case-in-case construction, the way it builds its watches is also exceptional. The movement is housed in a container, with no dial – at least, not in the conventional sense of the word. The dial is sandwiched between an index ring and the casing ring, creating the impression of a floating structure within the case. Among its collections, the Divido is the only round model. It now comes with a new movement and a thinner case. Meet the Minase Divido 2.0. 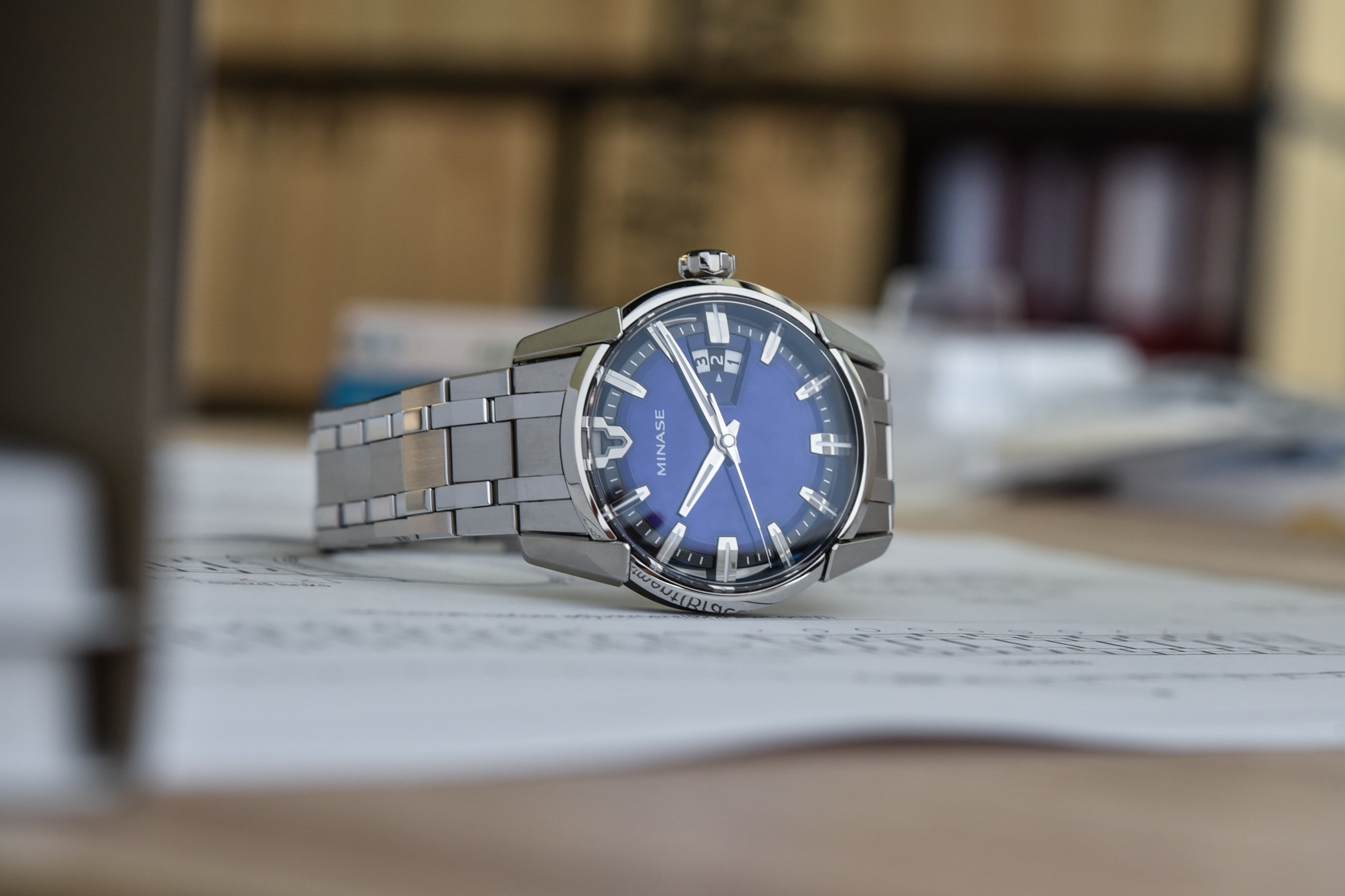 As the name suggests, the Divido 2.0 is an evolution of the original Divido. At first glance, the update is subtle as the model retains its distinctive design and character. Inside the elaborate round yet angular case, the dial still seems to be floating. This suspended construction creates a sense of depth reinforced by the three-dimensional indexes, the bent hands that follow the contours of the dial and the original date display. Made from hammered copper, the dial is lacquered to create reflections, almost like mother-of-pearl.

The major update with the Divido 2.0 concerns the movement. The model is now powered by a thinner, more elegant movement, the automatic Calibre KT7002, which is based on the ETA 2892/A2 ébauche. Minase traditionally entrusts its mechanics to Swiss manufacturers while performing substantial customisation. This execution of the tried-and-tested movement displays hand-finished surfaces with perlage, blued screws, bridges with diamond-polished bevels and a main plate and bridges in “black or.” The rotor is skeletonised to reproduce the brand’s drill-head logo and reveal the movement underneath. It is mounted on MPS lubrication-free bearings instead of the traditional 2892 bearings. In line with the 2892 specs, it runs at 4Hz with 50 hours of power reserve when fully wound. 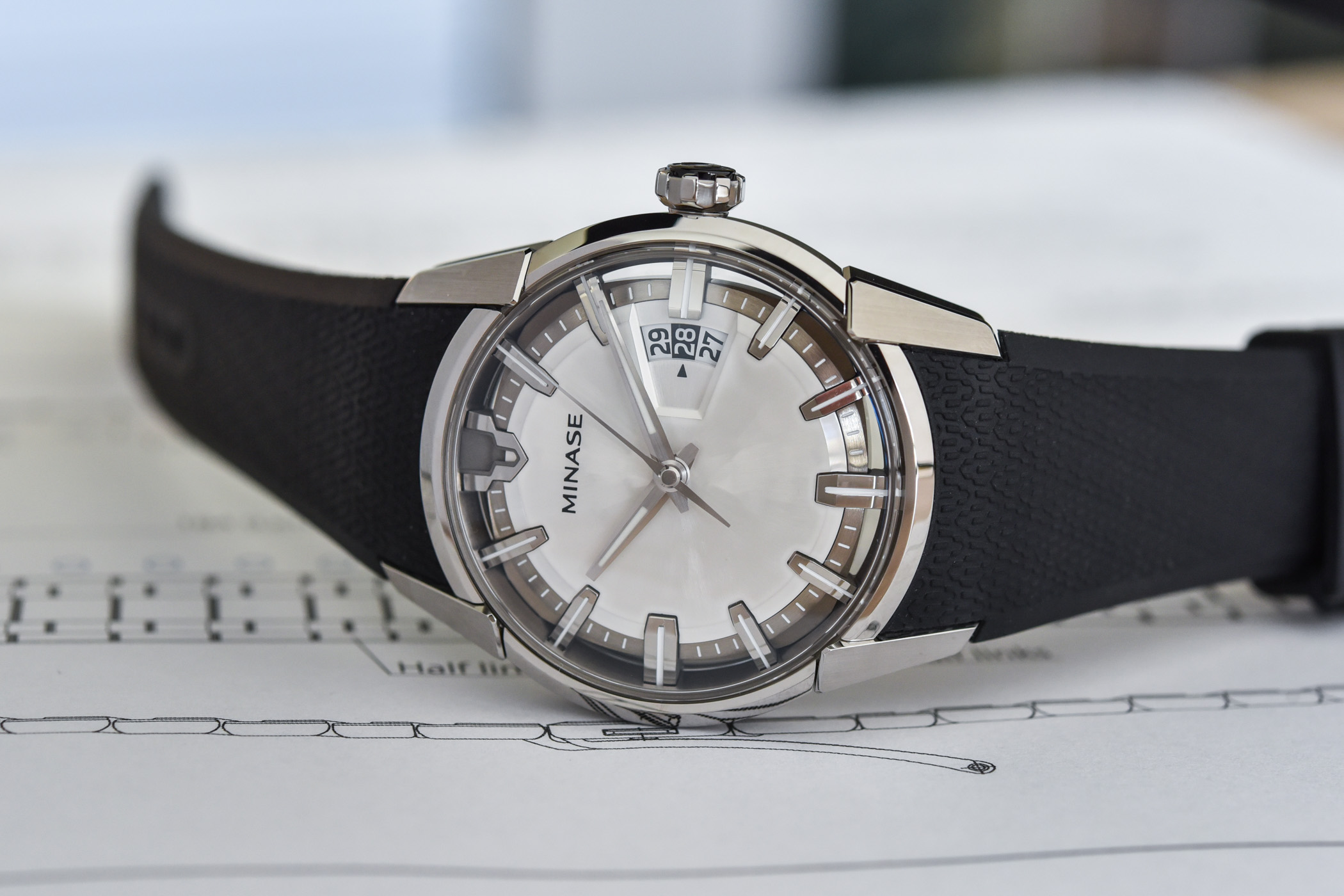 This new movement offers 12 additional hours of autonomy compared to the previous movement based on the ETA 2824. Importantly, it is also thinner, which has resulted in a slimmer case height of 11mm versus the former 12mm. Although the diameter is virtually unchanged (at 40.6mm), the case of the Divido 2.0 displays remarkably balanced proportions. The use of a black PVD-coated central part further underlines the distinctive angular profile of the case. The crown features raised polished claws clutching a black insert with the brand’s logo. 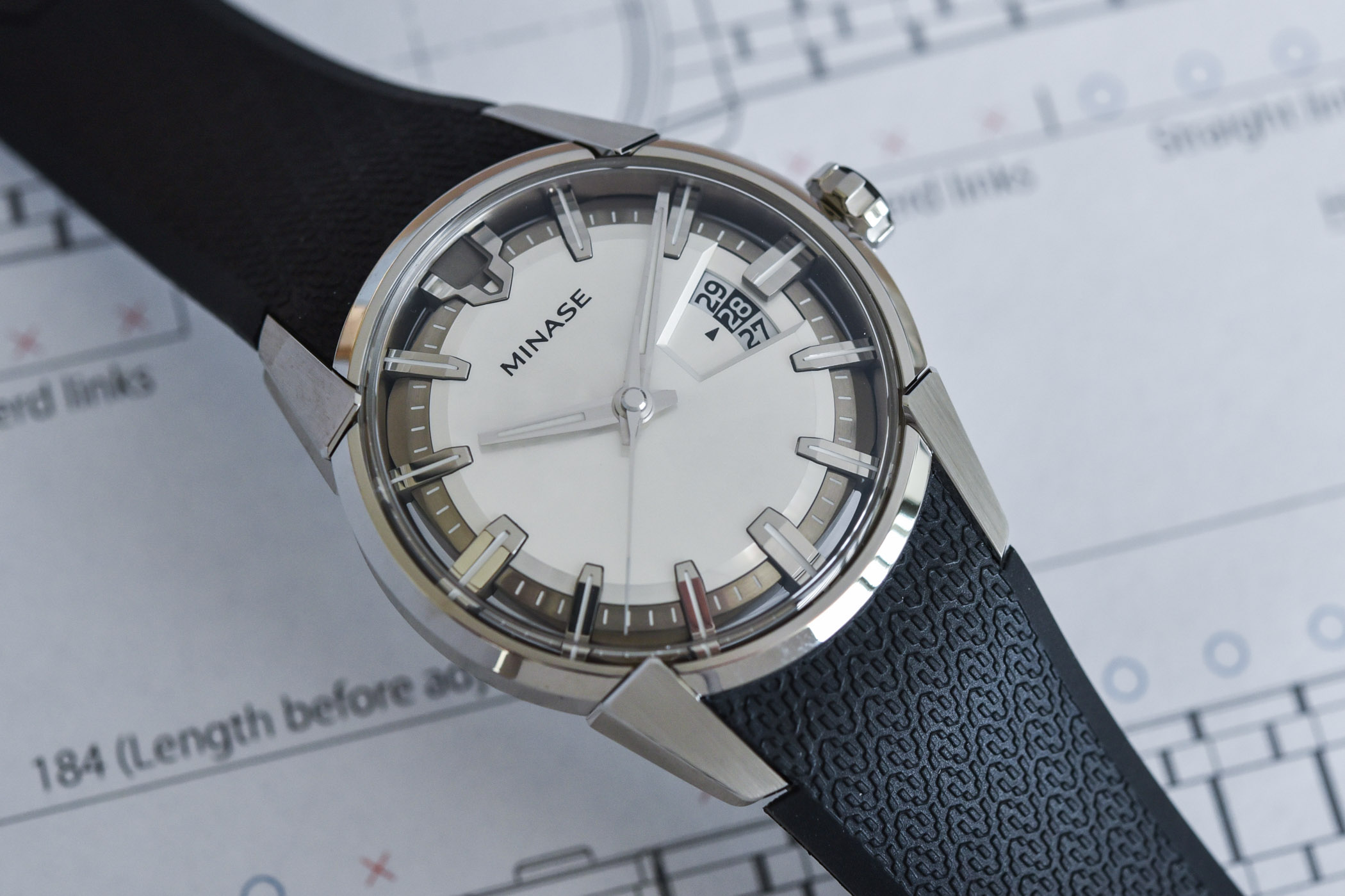 The Divido retains its striking personality on the wrist, but the slimmer case also brings greater comfort. Like previous versions, the Divido is offered on either a patterned rubber strap or a steel bracelet secured by a folding buckle. As always with Minase, the architecture and the finishing of the bracelet is elaborate and well executed. There are no pinholes on the side of the bracelet but screws visible underneath. Each segment is screwed individually and can be disassembled. It is remarkably articulated, hence flexible and comfortable on the wrist.

The Minase Divido 2.0 is now available on the brand’s website and is offered with a white, blue (blue to white degradé), grey (grey to white degradé) or purple-blue dial. The models on a rubber strap retail for CHF 4,300 and those on a steel bracelet for CHF 5,400.

For more information and to order a model, please visit www.minasewatches.ch.

Sponsored Post: This article is sponsored by Minase. However, it reflects the writer’s opinion and has been written according to MONOCHROME’s editorial policy.