Although the dive watch is probably the single most popular watch category, its design homogeneity, marked by an abundance of ‘homage’ models, is striking. For this reason, it is always interesting to see something different, something that deviates from the generic copycat models. A case in point, the Ianos Mihanikos eschews traditional codes and instead provides its own cool, offbeat take on the dive watch. Let’s take a closer look. 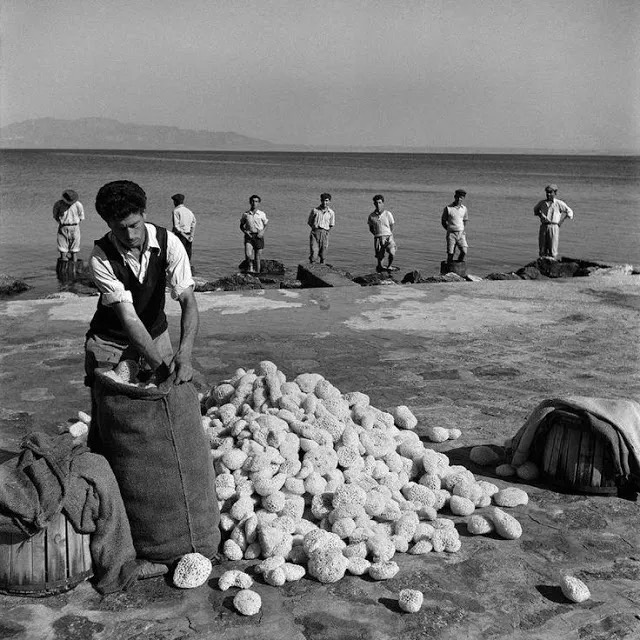 Ianos is a small independent watch brand founded by Jacob Hatzidimitriou with the idea of bringing to life old stories or legends (specifically Greek or Roman-inspired) through watchmaking. Following the introduction of the Avyssos a couple of years ago, Ianos now presents its second dive watch, the Mihanikos. After all, the sea, Thalassa, is everywhere in the Greek landscape, and so many things gravitate around the sea in Greece’s rich and proud culture. 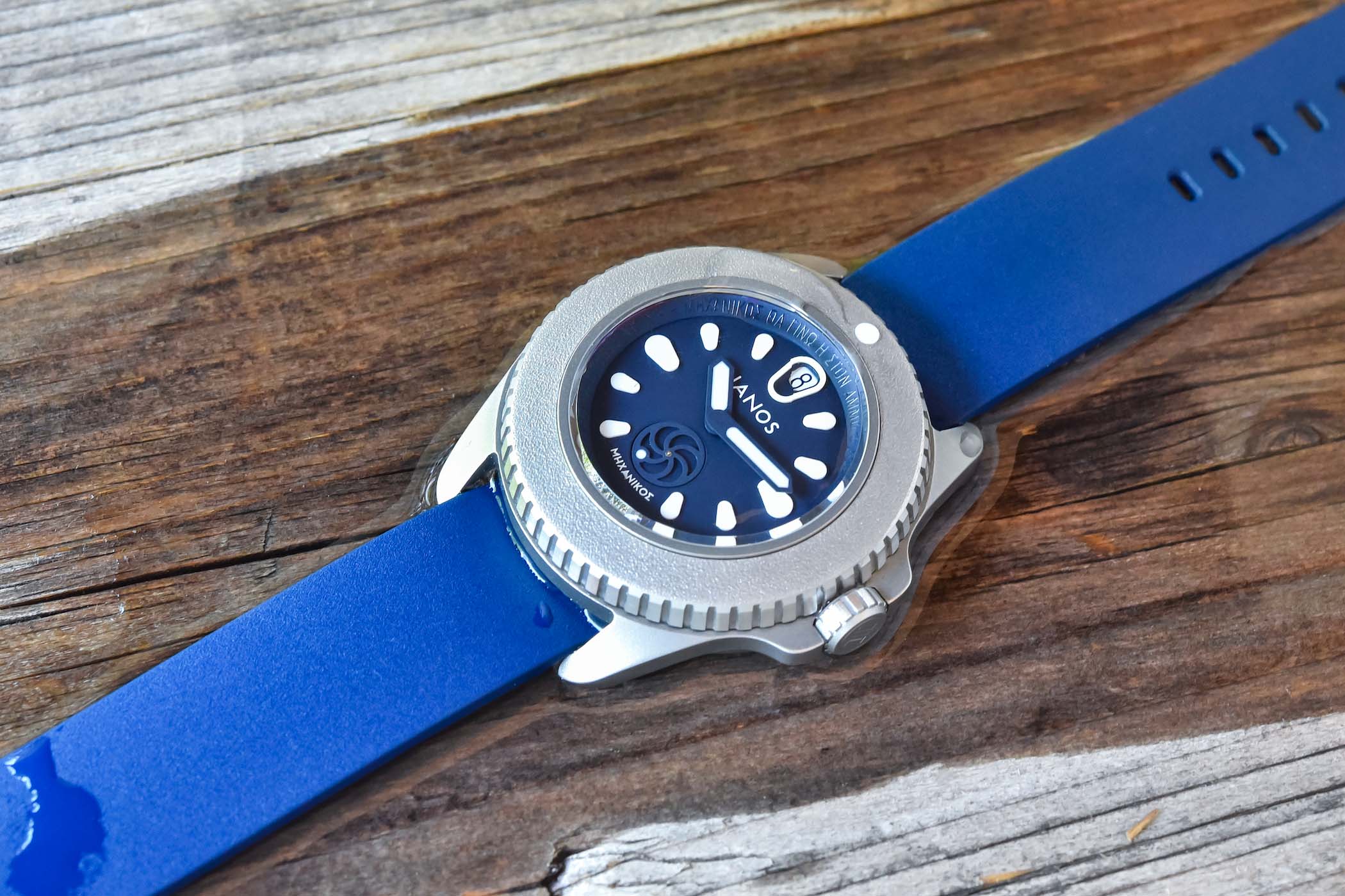 Just like the Avyssos, the Mihanikos is related to the story of Greek sponge divers, but with a different angle. The Avyssos was inspired by the first diving technique known as skandalopetra diving. Divers armed with a net and a scythe used a rope and a stone as a weight to make a fast descent. The Ianos Mihanikos refers to a tragic evolution of the diving technique. Sponge diving became a booming business in the second half of the 19th century with the advent of the scaphandre or diving suit. It allowed divers to walk the bottom of the sea for hours. However, the long, deep dives had devastating effects on their health. The sponge brought wealth to the islands, but the toll paid by the divers was terrible… The word used in Kalymnos for the diving suit and pump was Mihani, the engine, and the person working on it – the mechanic (Mihanikos).

Inspired by this story, the Ianos Mihanikos was designed with a rugged, basic utilitarian perspective, focusing on what a sponge diver would need to wear on the sea’s floor. 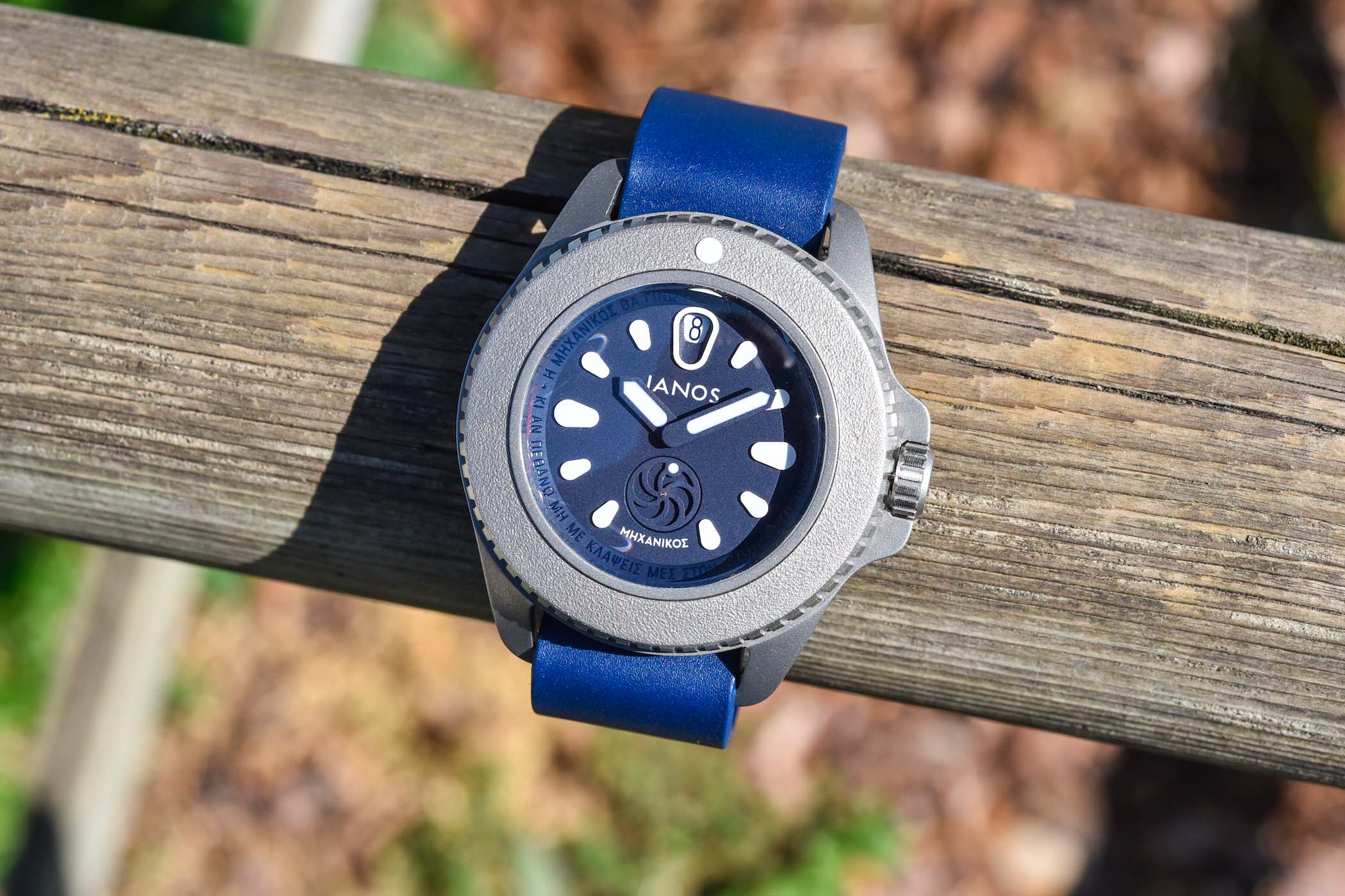 The starting point for the Ianos team was that the Mihanikos should be reminiscent of a scaphandre window. As such, the rotating bezel is wider than usual to create a porthole effect. It is as minimalist as possible with no markings (besides a luminescent index) since sponge divers were counting hours, not minutes. Its rough finish was chosen to underline the utilitarian purpose of the watch. Measuring 43mm in diameter, the case is 316L stainless steel. It features rounded lines with few sharp angles. The domed sapphire crystal follows the profile of the bezel, and the lugs have been designed to naturally extend the watch’s lines. The water-resistance is rated 30ATM or 300m.

The dark blue colour scheme is reminiscent of the Mediterranean sea. The dial design is original, too, with luminous sponge-like hour markers and the date integrated into the 12 o’clock marker. The small seconds disc with a luminescent dot rotating at 6 o’clock lets you check that your watch is running. It is inspired by the air pumps the diving crew used to supply air to the first scaphandre divers. Last, the flange framing the dial is engraved with the lyrics of an old Greek song: “If I die, don’t cry for me, bury me in the sand.” 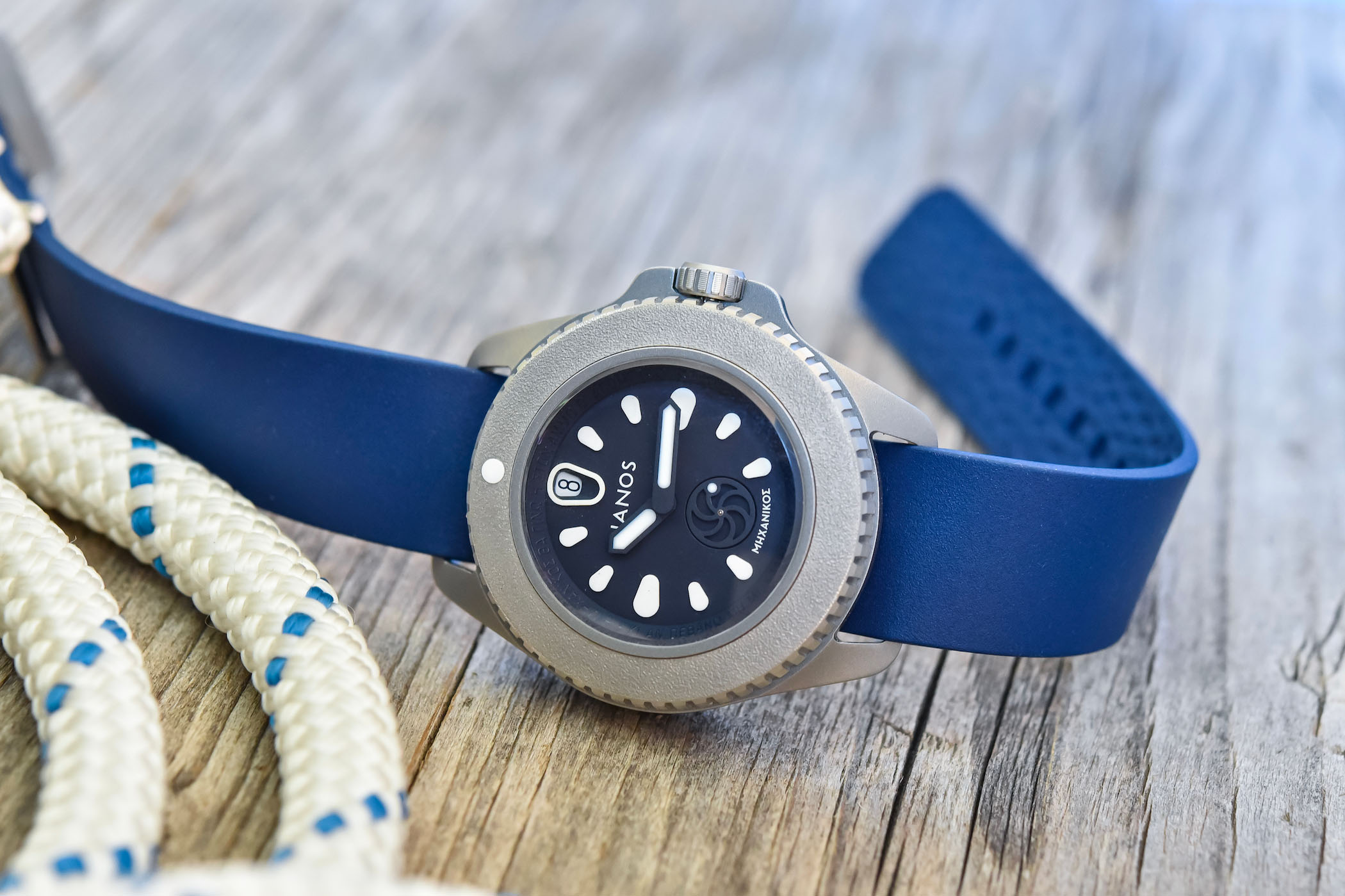 The Ianos Mihanikos is powered by the SW360. This automatic movement is the Sellita version of the ETA-2985, meaning a tried-and-tested 25.60mm calibre with hours, minutes, small seconds at 6 o’clock and date indication. Running at 4Hz, it delivers a 42-hour power reserve. Although it is proudly Greek-inspired, the Ianos Mihanikos is Swiss Made.

The Ianos Mihanikos comes on an Italian rubber NATO strap with a sponge pattern that slides within the strap ‘channel’ at the back of the case.

If you are looking for a dive watch that stands out from the pack with a captivating Mediterranean backstory, the Ianos Mihanikos is well worth a good look. Pre-orders for the watch, which start today, can be placed on the brand’s website which retails for CHF 1,350. After the pre-order period is closed, the watch will retail for CHF 1,550.