The MIH, which stands for Musée International d’Horlogerie, is one of the most fascinating places to visit if you’re a watch enthusiast. Located in the hallowed valley of watchmaking in La Chaux-de-Fonds, Switzerland, it owns an impressive collection of antique and modern pieces, all related to time and watchmaking. Like all museums, funding is always problematic. Under the direction of Ludwig Oechslin (back then, curator of the MIH), the idea of special project watches to fund restoration projects was launched. Following the 2019 MIH Gaïa Watch, the museum is back this year with a new version of its sleek watch in black. Here’s the MIH Gaïa II Watch.

The very first MIH watch, a model that couldn’t be more Oechslin in its design and conception, is a piece we’ve covered on numerous occasions here at MONOCHROME – to be precise, it is a watch that our founder Frank owns and cherishes. The result of joint work between Ludwig Oechslin, Paul Gerber and Christian Gafner, it was an extremely minimalistic timepiece combining a monopusher chronograph and an annual calendar – even though, when looking at the watch, you simply have no idea of its complexity.

To mark the 25th anniversary of the Gaïa Prize, in 2019, the Musée International d’Horlogerie created another model, the MIH Gaïa watch, put up for subscription in a limited run of 200 watches with a blue-PVD coated dial. For the record: “The Prix Gaïa is the only award of its kind to honour men and women who have dedicated their career to the measurement of time. By awarding this distinction each year, the MIH underlines the undeniably major contribution its winners have made to the field of watchmaking, its profile and its culture.”

But there was more behind this MIH Gaïa project since it allowed the museum to raise funds to complete the restoration of the Grand Magicien des Maillardet, an iconic automaton timepiece in the collection that was produced by Jean-David Maillardet of Neuchâtel and his son Julien-Auguste in 1830. And the 2021 edition of this project watch, the MIH Gaïa II Watch, will enable the MIH watchmakers to tackle the Tellurium by François Ducommun.

As the museum explained: “Built at the beginning of the 19th century, this rare piece, emblematic of the museum and of the watchmaking know-how of La Chaux-de-Fonds, has an astronomical mechanism consisting of the Earth and the Moon revolving around the Sun. The cylindrical gilt bronze cabinet is decorated with garlands of roses, leaves and ribbons. An oval medallion, painted on enamel, representing an allegory of Astronomy, appears under the white enamel dial with Roman numerals. The case is surmounted by the planetarium and a silver circle with the following astronomical indications: date, month, leap year, age and phases of the moon. The signs of the zodiac are represented in medallions painted on enamel. The clock movement has a recoiling anchor escapement and an hour and quarter chime.” 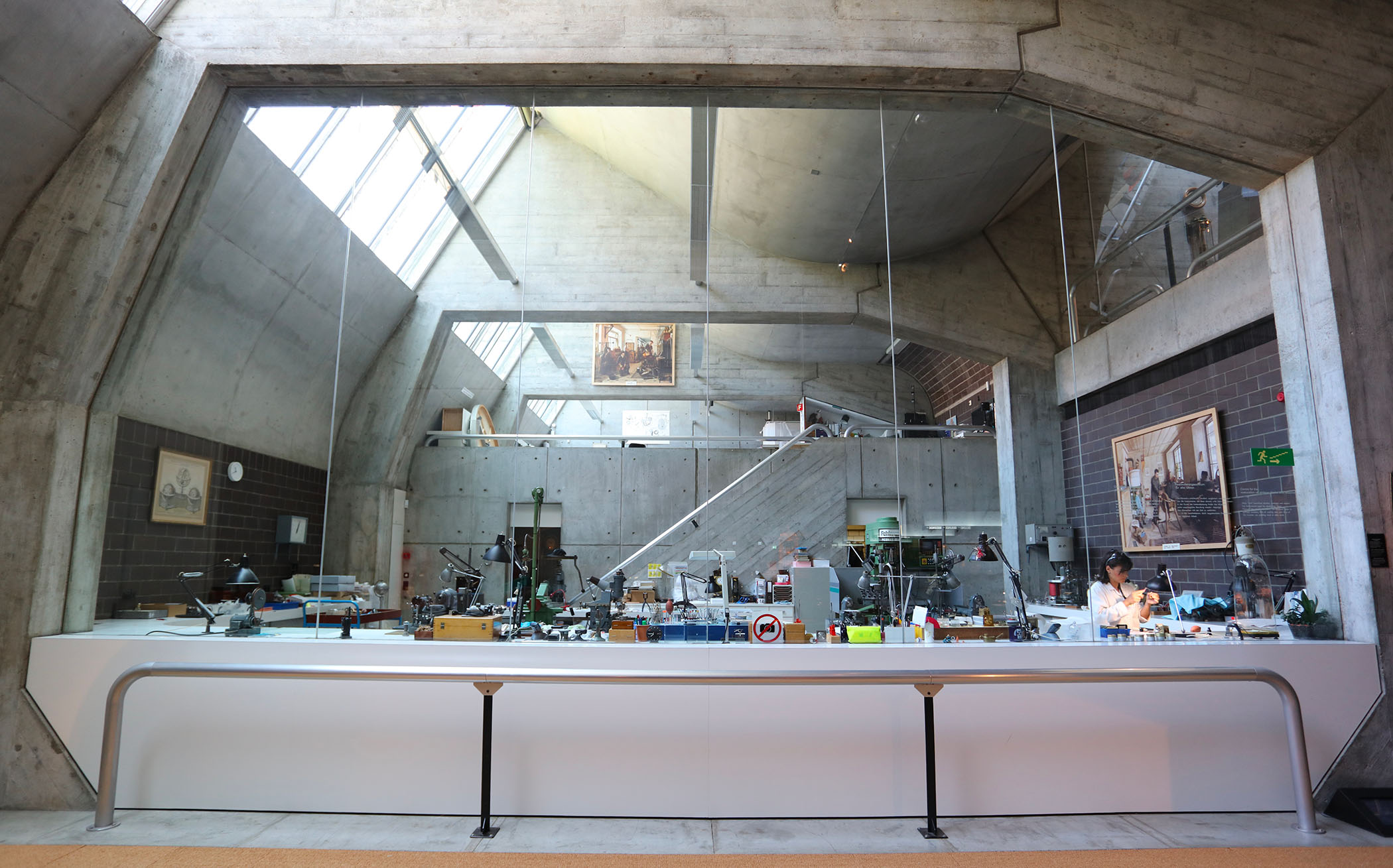 In the same vein as the inaugural version of 2019, the MIH Gaïa II Watch is all about collaboration. This watch, assembled within the museum’s premises, is gathering some of the best companies in La Chaux-de-Fonds, all experts in their field and recognised for the quality of their work. The Atelier XJC imagined the design; Sellita breathed life into it with its movement; Singer fashioned its dial; Stila offered a made-to-measure case; Brasport dressed it in a leather strap; Cornu & Cie made the buckle; and the Laboratoire Dubois contributed to its reliability by applying a series of tests.

The MIH Gaïa II Watch is built around the same concept as the original 2019 model. It uses the same 39mm x 9.74mm stainless steel case with an atypical design that combines minimalism and character – which is mostly due to the original shape of the lugs. The overall design is inspired by the museum’s architecture, combining a tangle of curves and straight lines. But more than the case, it’s the dial that is special.

Two discs display time on the MIH Gaïa II Watch. The large arched window on the upper section of the dial displays the hours using a disc and features the numerals 1-12 against a white background, while the minutes are indicated by a central disc with a white marker that points to the minutes printed around the disc. The time indication has a wandering hour format, meaning that the hour disc will rotate once every twelve hours, and the minute disc rotates once per hour. For this 2021 edition, the dial is now presented in black, with a matching leather strap – the inaugural model was blue.

The back of the watch also reveals a little secret. The MIH Gaïa II Watch is powered by an automatic movement produced by Sellita, with classic specifications – 4Hz frequency, 38h power reserve. An arched window gives a view of the winding oscillating weight on which the museum’s name is engraved.

The MIH Gaïa II Watch won’t be limited in production, but only 75 examples of this series II will be sold at the MIH boutique and on the www.montremih.ch website to allow for the restoration of the Tellurium. Delivery is scheduled between November 2021 and the first quarter of 2022. The price is set at CHF 2,900.