REC Watches has gained a passionate following with its unusual watches integrating metal from iconic vehicles and aircraft, such as the REC P-51 Little Red and Green Hornet and RNR R.O.C.K.Fighter and BeachRunner. The latter example used metal from Land Rovers, which is again the case with the latest RNR ARKONIK Limited Edition. The term “limited edition” is more of an inevitability with REC as there’s a finite amount of metals to work with from donor vehicles. REC Watches teamed up with restoration company Arkonik to create dials from a specific 1984 Land Rover Defender 110, which has an interesting story of its own.

Andy Hayes founded Land Rovers UK Ltd. in 2007 following a motorcycle accident and subsequent gift from his wife, the 1984 Land Rover Defender 110. He soon dedicated himself to restoring such Land Rovers with a focus on both authenticity and performance/aesthetic enhancements. The name Arkonik was established in 2016 as the company shifted focus to clientele in the United States. Of course, only one of Andy’s vehicles really fit within REC’s unique standards – that original 1984 “Stratos Blue” Defender 110. Nicknamed “UJO” after letters on the license plate, Arkonik’s hero vehicle donated its right door that REC punched 302 dials from, thereby limiting the series to 302 watches. The metal was available as UJO recently underwent a full, frame-off restomod treatment. 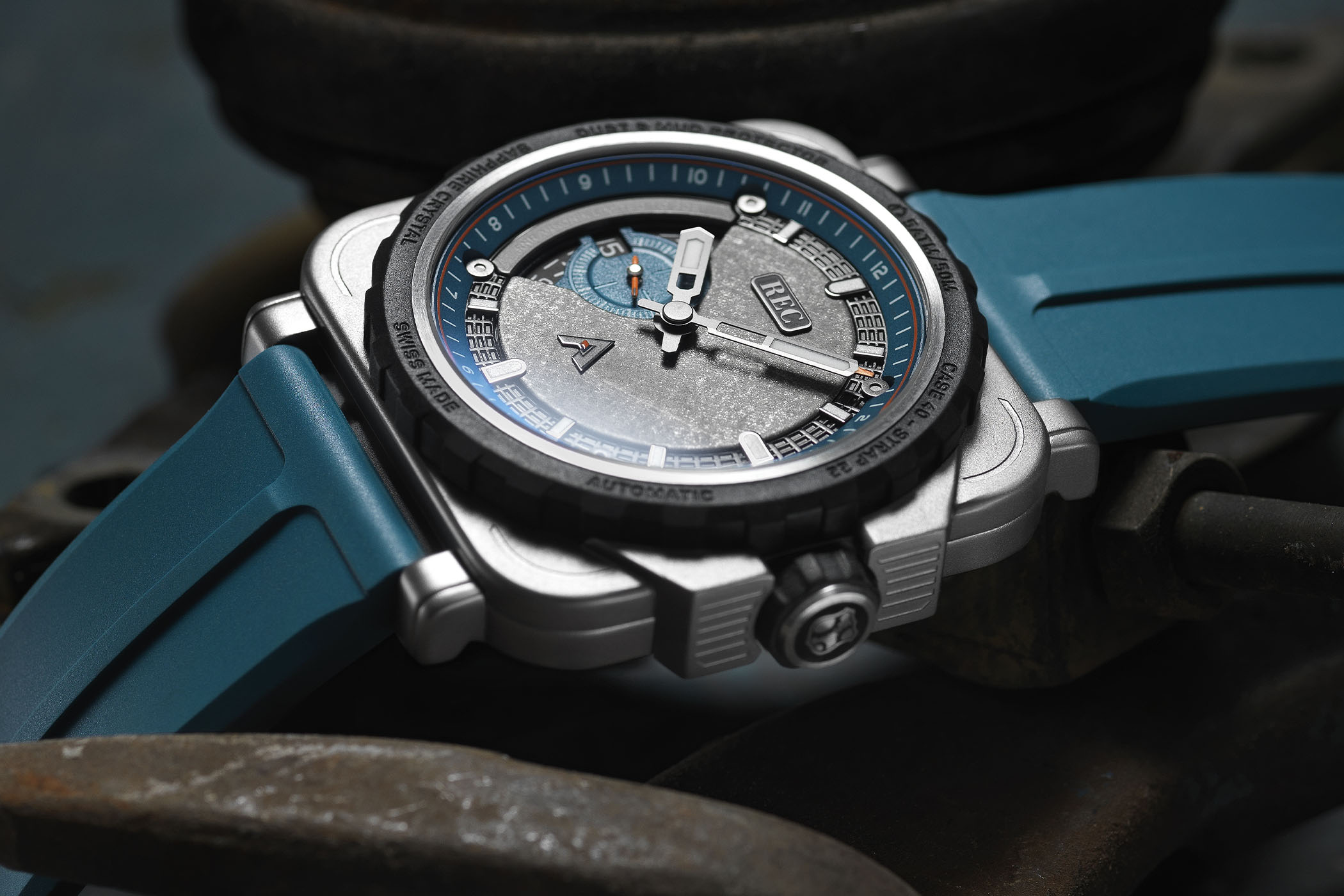 The REC Watches RNR ARKONIK has a three-piece stainless steel case that’s a bit smaller (and thus more wearable) than the brand’s norm at 40mm in diameter and 12mm in height (lug-to-lug is 48.2mm). References to UJO can be found throughout, starting with the case back that sports a detailed engraving of the star-shaped alloy rims. Surrounding this are laser engravings replicating the décor on the chassis, which illustrate Andy’s prior adventures. 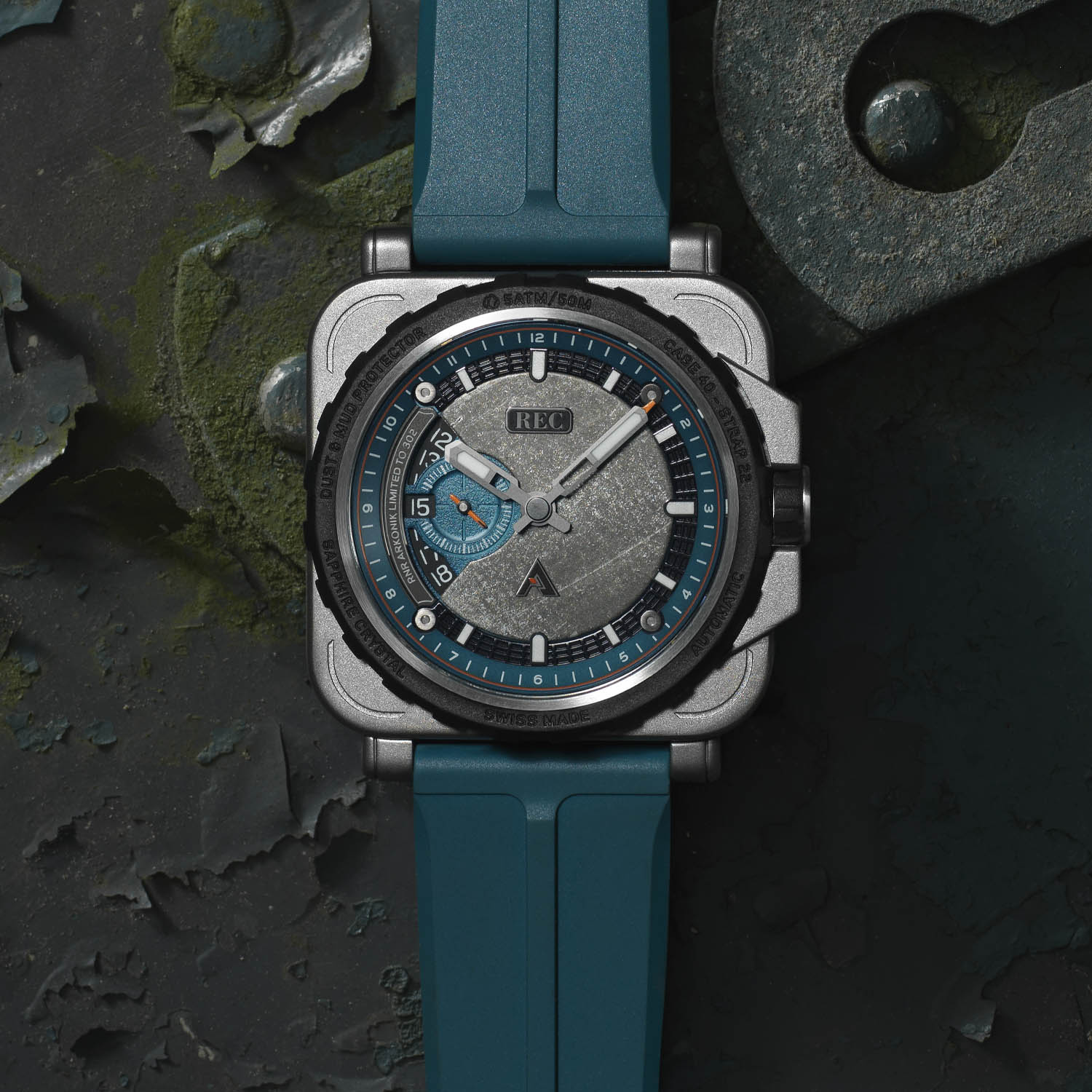 The right side of the case has crown guards that mimic the truck’s front grill, while the left side is embossed with the Arkonik logo and stripe from UJO’s sports decal. The shape of the case itself, a square with rounded corners and round dial (a la Bell and Ross) is designed after the Defender’s headlights. The crystal is sapphire with multiple anti-reflective coatings, surrounded by a black rubber bezel. The watch comes fitted with a 22mm blue rubber strap with quick-release levers and water resistance is rated at 50 metres.

The dial really completes the watch as it’s derived from UJO itself. The silver aluminium retains surface imperfections as a design element, remaining as true to the 1984 classic as possible. There’s a cutout roughly between 8 and 10 o’clock to fit a blue seconds sub-dial with orange hand and date window with partially exposed black wheel on either side. Matte silver hour and minute hands are open-worked with Super-LumiNova C3 inserts, while the applied indices at 12, 3 and 6 o’clock are modelled after UJO’s fuel cap opening. There are two applied logos representing both companies – REC at the top and Arkonik at the bottom. 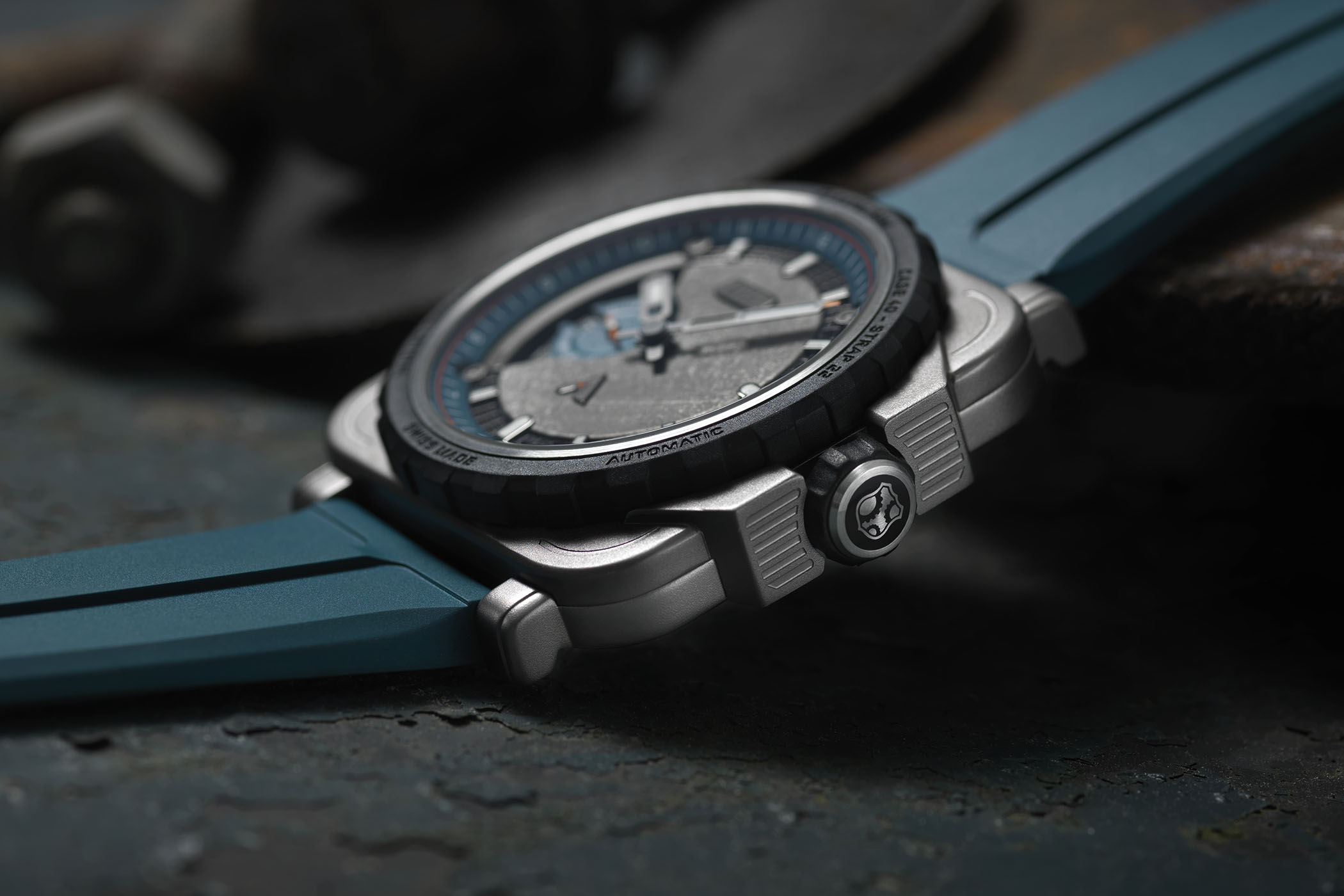 The movement is a Swiss-made automatic, specifically an Elaboré grade Sellita SW290-1. It has 31 jewels, beats at 28,800vph (4Hz) with a 38-hour power reserve. Functions include central hours, minutes, small seconds at 9 o’clock and date. Accuracy is rated at +/- 12 seconds per day. Many will consider this an upgraded alternative to Japanese Miyota movements found in other REC collections. 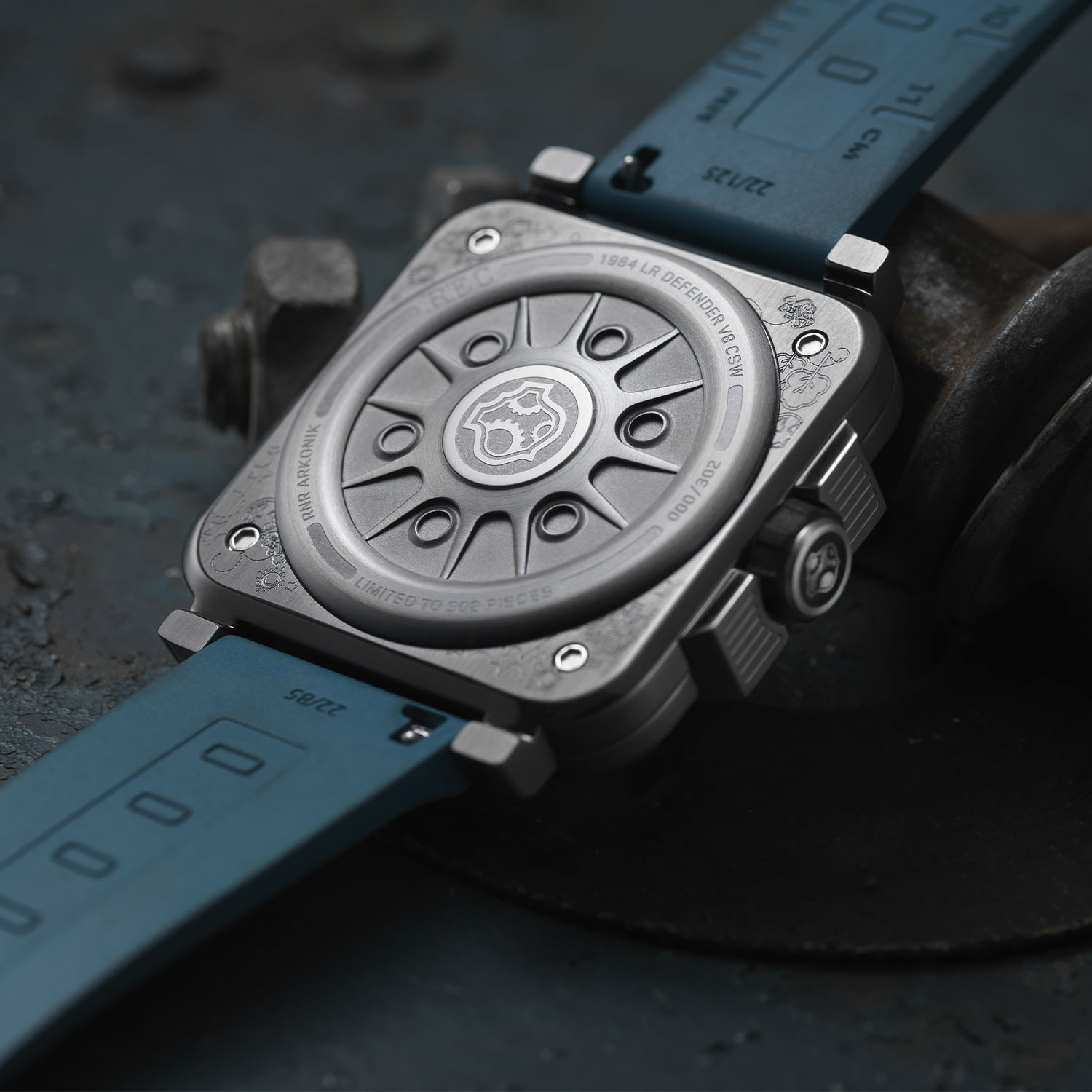 The REC Watches RNR ARKONIK retails for EUR 1,195 or USD 1,395 and is limited to 302 pieces, again due to the number of dials cut from the available UJO aluminium. All watches come with a two-year warranty and free shipping.

For more information and to make a purchase, visit REC’s website.