Le Régulateur Louis Erard x seconde/seconde/. Once again, Louis Erard is putting its iconic regulator to the test of free collaboration with an independent creator. And this time, a taboo has been lifted in the world of fine watchmaking: the internet takes its place at the heart of the mechanism, with the dreaded “404 Error” reinterpreted as a minute hand. 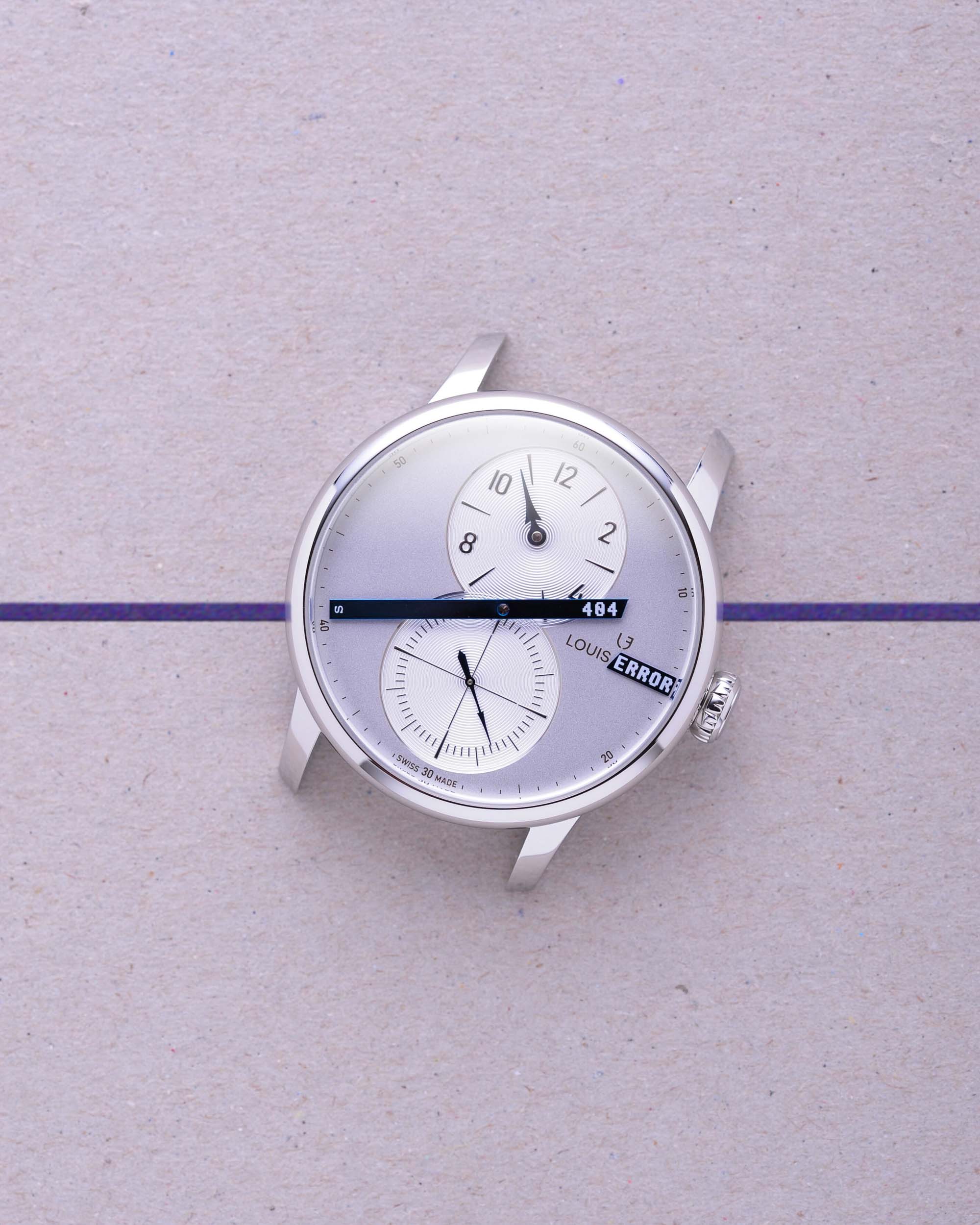 Le Régulateur Louis Erard x seconde/seconde/. This new collaboration will come as no surprise to those already familiar with seconde/seconde/, aka Romaric André, and his modus operandi: Arsène Lupin-style appropriation of vintage watches for the Banksy generation. It will also be no surprise to those who have followed the recent shift in Louis Erard watches towards a mechanical triptych, artistic crafts and collaborations, the first of which are already a milestone — Alain Silberstein, Vianney Halter, atelier oï — with more to come. 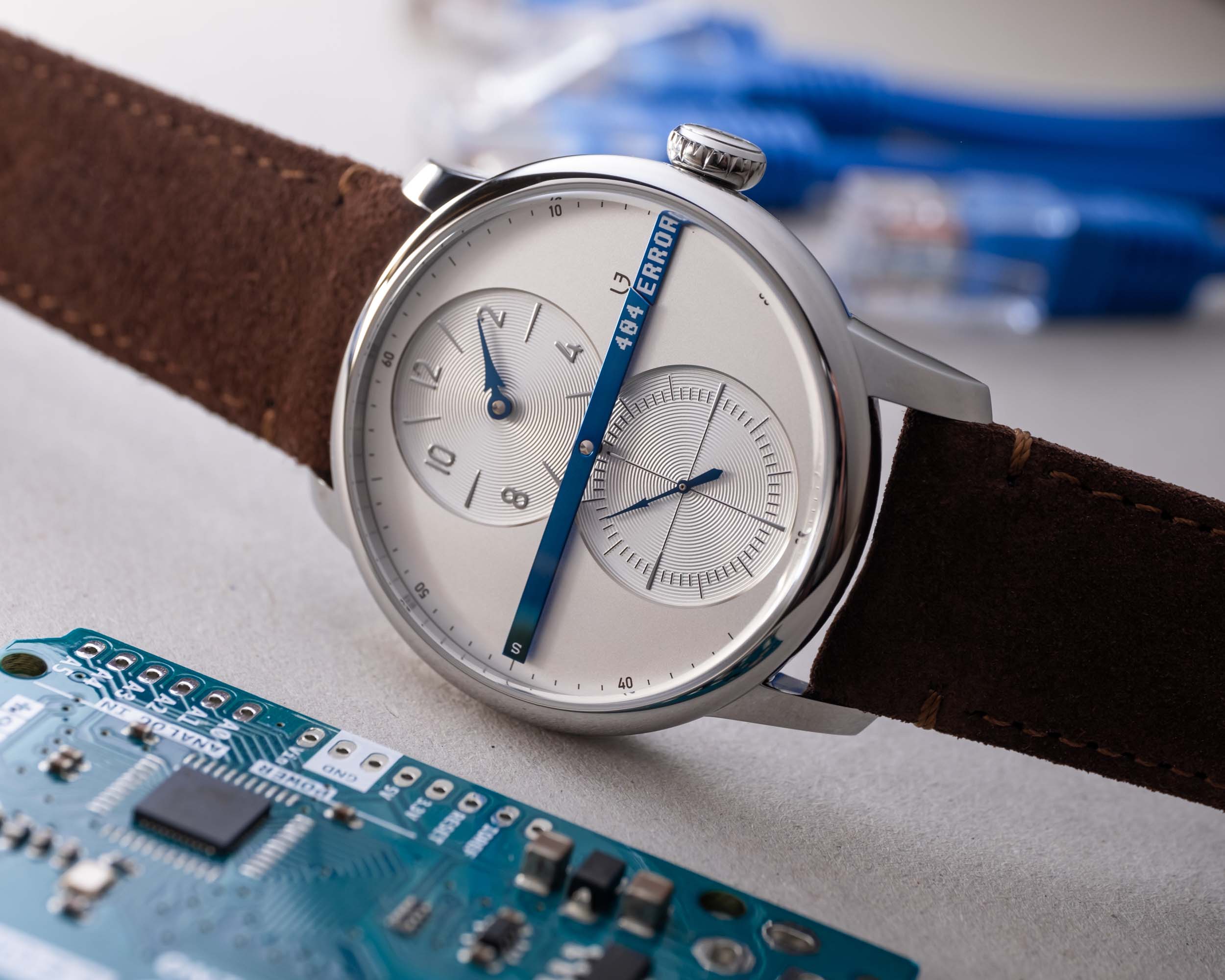 For those climbing on the bandwagon, rest assured that no one will be left waiting on the platform — except, perhaps, for latecomers. The watch comes in a limited edition of 178 pieces: a symbolic number signifying that we are always stronger together. Louis Erard puts its iconic regulator back into play and gives carte blanche to the rising star of ultimate customisation, with independent Paris-based creator, seconde/seconde/. 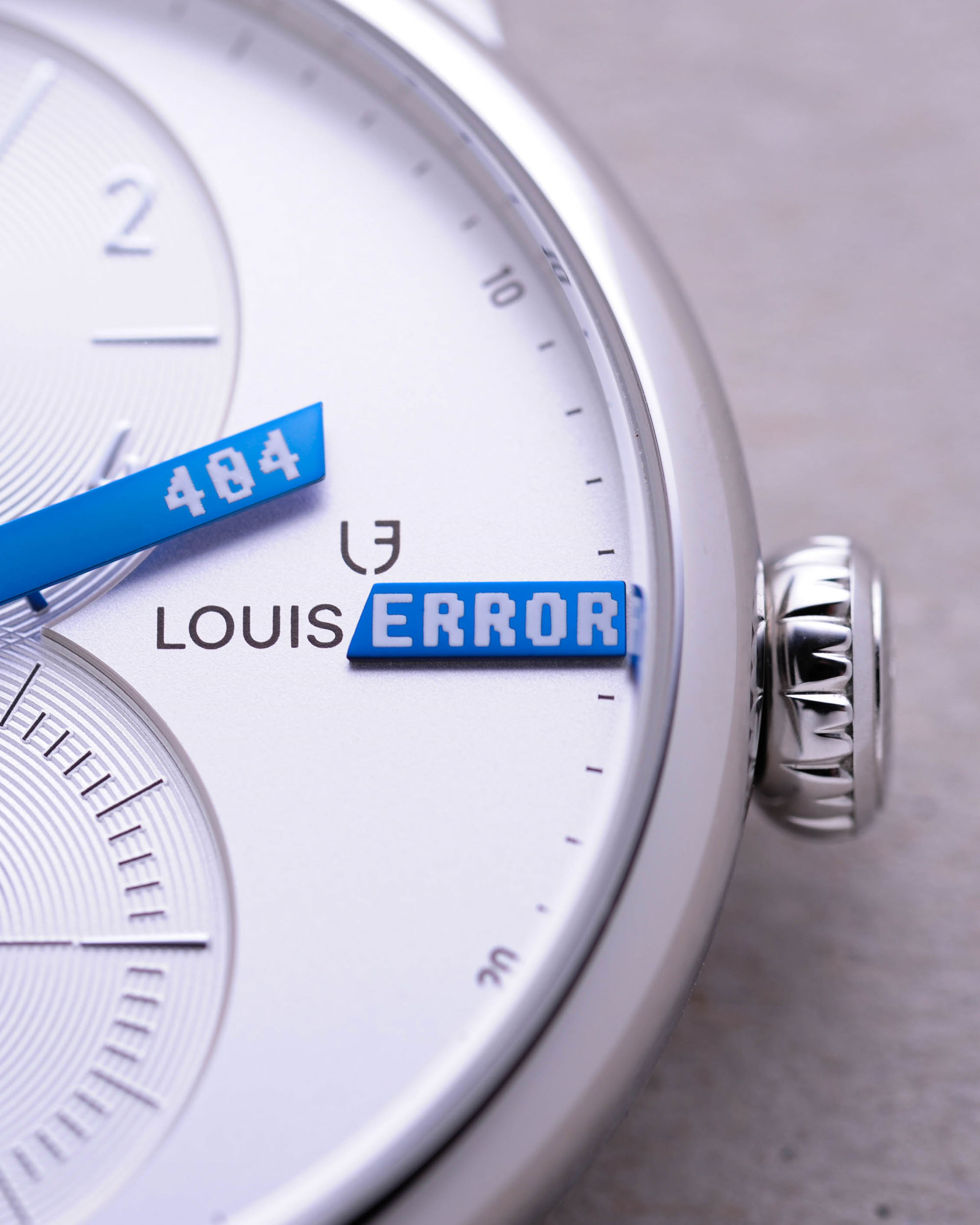 seconde/seconde/ has made watch hands his playground and trademark, combining diversion, iconoclasm and a mix of styles. Clash of contrasts between deliberately ludicrous patterns and scrupulous execution at a fine watchmaking standard. The creator shamelessly draws from contemporary culture, the internet, the streets and video games. He extracts pop symbols, which he sets on dials like little bombs, exploding the meaning of every watch he lays his hands on. 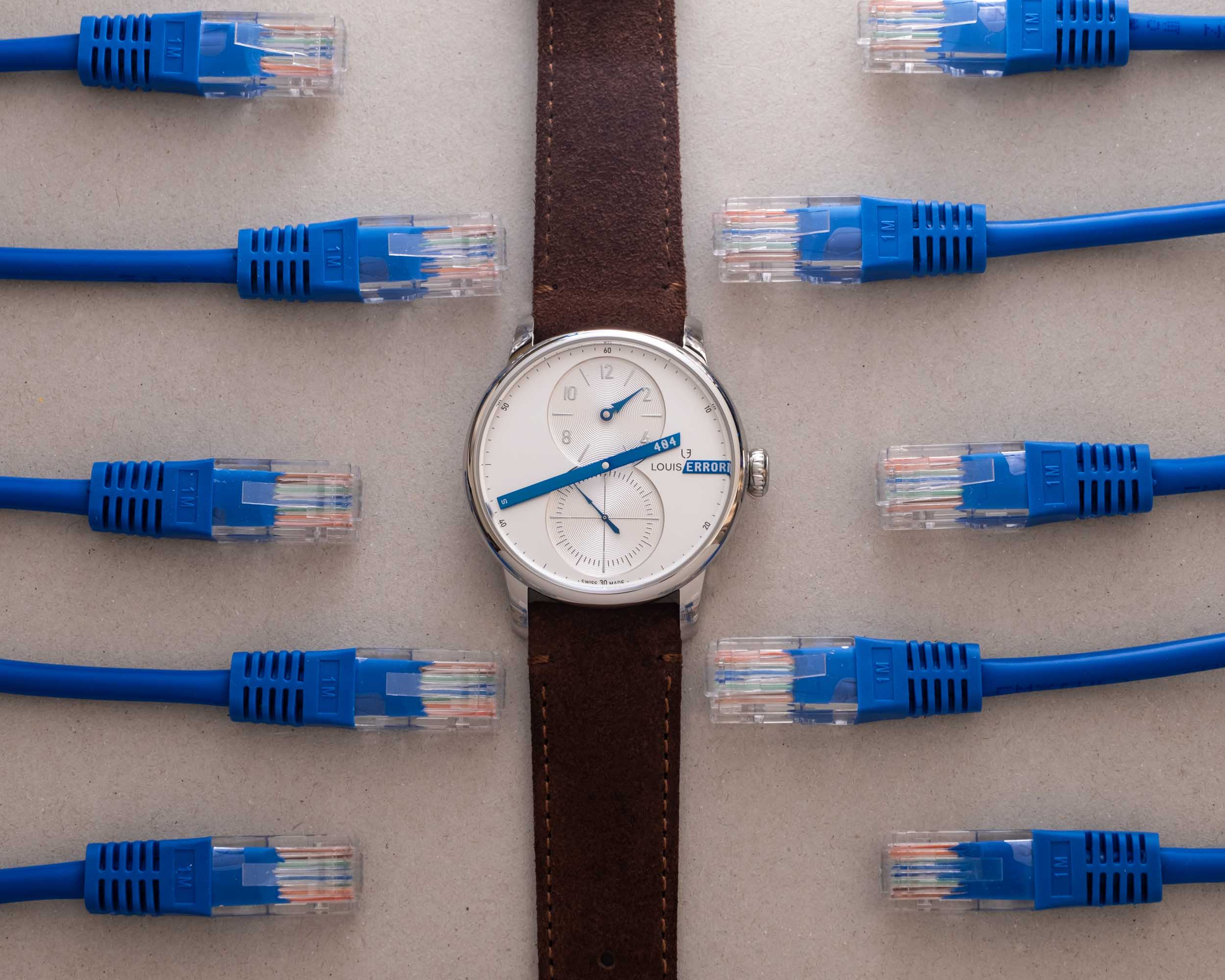 His interventions shock, shake up and challenge. They’ll never leave you indifferent, because every intervention has a meaning behind it. Funny, clever and mischievous, his designs command attention and serve as a reminder that watches are not only functional. They must still tell the time, of course, and in the most beautiful way possible — Louis Erard is on-hand to make sure of that — but watches are also a marker of identity, an object that looks at us. 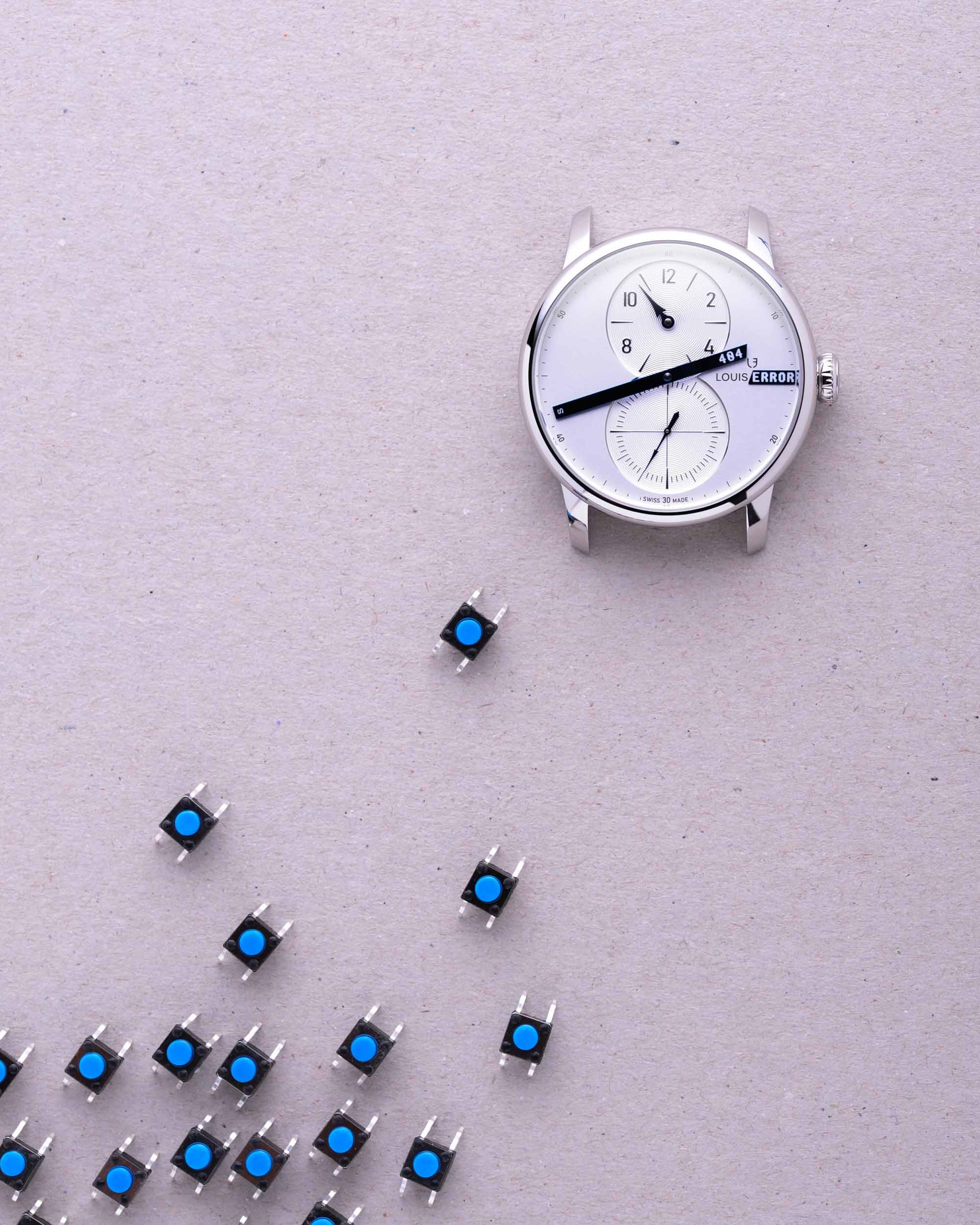 And Louis Erard has the courage to say so: human beings wouldn’t be complete without a good dose of humour and self-mockery. From Louis Erard to Louis Error. Le Régulateur, le régule à tort (wrongly regulates). Quelle erreur est-il? (What error is it?). Find the Error. 404 Error: just like faulty addressing in computing, there’s an error in the fitting — this hour does not exist. 404 Error: except that this hand returns to cross the dial with a blue line each time the minute strikes quarter to the hour. One small change, one big difference.

And the price? Two thousand… and 404 Swiss francs, of course.

Louis Erard is available exclusively at Watches of Switzerland in Singapore.