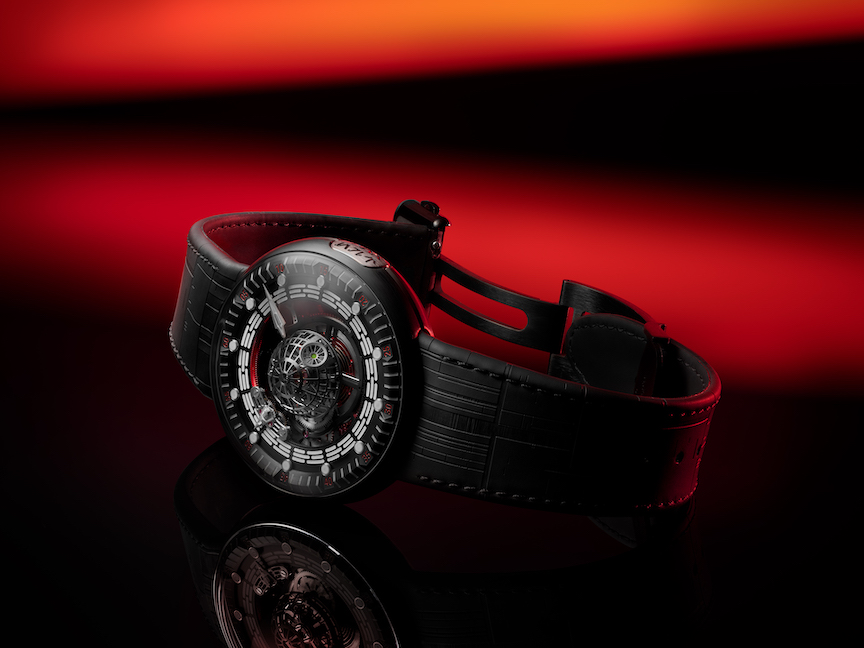 Kross Studio, which was founded not even a year ago by ex-RJ head Marco Tedeschi, unveils a bold new watch thanks to a partnership with Lucasfilm.  The Death Star Ultimate Collector set is inspired by Star Wars and includes a Death Star™ Tourbillon watch and a kyber crystal movie prop from Rogue One: A Star Wars Story. It is sold in a specially made Imperial Kyber Crystal container.

Am I talking Greek? If so, you definitely are not a Star Wars fanatic. The new alliance between Lucasfilm and Kross pays tribute to the rich Star Wars history. But just 10 collector sets will be made – making it difficult for true Star Wars followers to own this piece of Galactic history.

Kross Studio brings the mobile space station and superweapon Death Star back to life. The kyber crystal in the set is one that was actually used in the Rogue One movie. Kyber crystals were used to construct the Jedi or Sith lightsabers and they were known to power the Death Star’s super laser to destroy planets in a single blast. The powerful crystals were stored and transported in armored crates. As such, the 3.64-foot long packaging for the new Death Star Tourbillon watch is in the likeness of those crates. 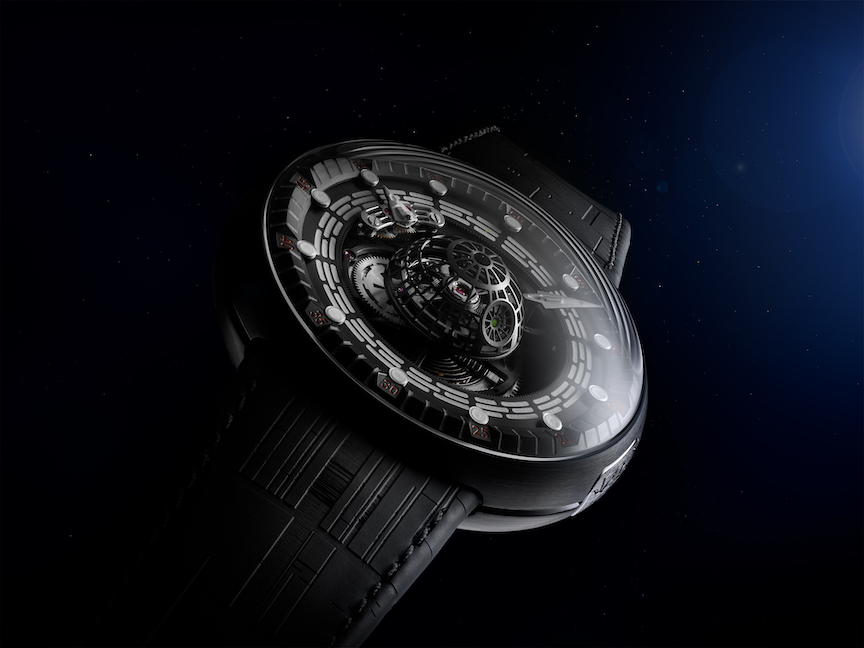 Essentially, tourbillon watches feature an escapement that compensates for the errors in timekeeping due to the effects of gravity on the watch when the wrist is in certain positions. In most tourbillon timepieces, that escapement is visible on the dial side of the watch in a small subsidiary space usually placed at 6:00. However, for its 45mm Death Star watch, Kross Studio creates the more difficult-to-make central tourbillon so that the constantly rotating mechanism is front and center on the watch.  Created in black DLC coated grade 5 titanium case, the Death Star Tourbillon cage makes one revolution per minute.

The central tourbillon cage is covered with an open-worked structure that resembles the  Death Star and features a green dot designed to reflect the super laser cannon of the ship. The movement inside the watch is developed in house and is a manual-winding mechanical caliber with five days of power reserve. The hands are fixed to a peripheral display that orbits around the tourbillon, and instead of a crown, the watch features a push-button setting system.  There is also a D-ring crown on the caseback for winding the watch. The strap boasts a quick-release system and there are three straps included with each purchase. If you are fast as a laser, you may be able to snap one of these collector sets up for a cool $150,000.