With 189 years, 1,300 unique calibers and 430 registered patents behind it, Jaeger-LeCoultre has survived a lot. World wars, recessions, depressions, epidemics, the quartz crisis, the 1970s energy crisis, the 2009 downturn—the list goes on.

So when the pandemic hit and the manufacture was forced to shut down for a few weeks in 2020, it was no reason to panic or to shelve projects in progress. After the short Covid-induced sojourn, it was business as usual for Jaeger-LeCoultre’s movement developers, metiers craftsmen and technical watchmakers. Thus, the team showed up at Watches & Wonders in Geneva a few weeks ago equipped with an impressive lineup, including the Master Hybris Artistica 945 Galaxia and Atomium, and a new complication applied to its Atmos clock.

The caliber 945, seen above, includes a minute repeater, orbital tourbillon, sidereal time and a zodiacal calendar, “is among the most complicated movements we have ever made,” Jaeger-LeCoultre CEO Catherine Renier tells Robb Report. “It’s part of the Hybris Mechanica collection, meaning that it was created totally within the walls of the manufacturer. It was purpose-built, meaning we decide, OK, this is what we want to do, and now, let’s build all the components that we need to make it happen. So rather than taking an existing caliber and transforming it to create something else, we start from scratch. Every component could be one-of-a-kind if we wanted, and it often is. Very few manufactures can do that.”

On the white gold version, called the Atomium, the sky chart on the dial was created using grisaille, an enameling technique that involves painting white enamel over a background of black or blue enamel, resulting in subtle shades of gray or bluish-gray. It is ringed by a gold lattice dome that echoes the line-and-dot design of the constellations. The 18k rose gold model, the Galaxia, has a more extensive grisaille instead of a lattice grid. Each is limited to five pieces, priced in the $500,000-plus range. 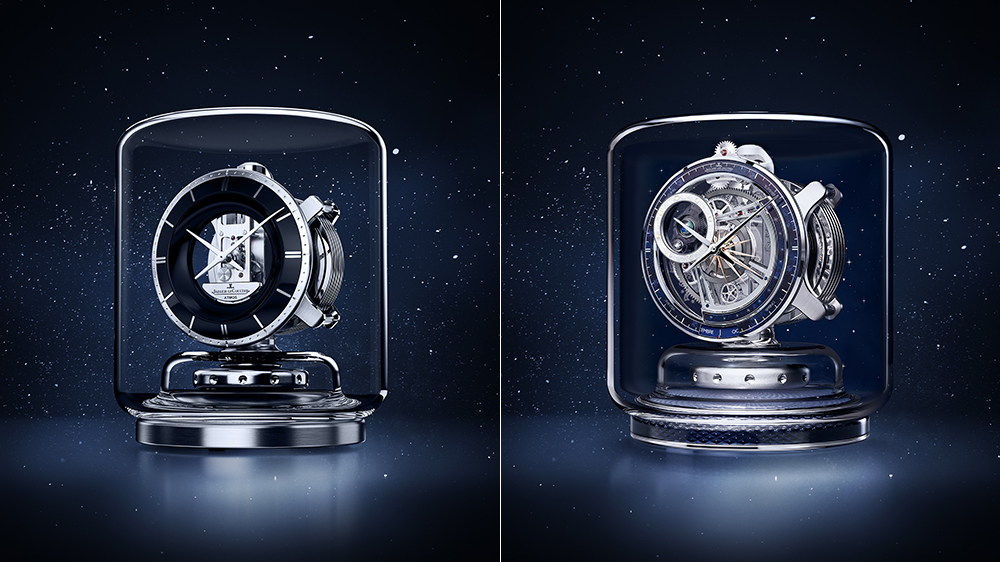 There were also two new Atmos clocks, the Infinite and the Tellurium, both of them poised within a cylindrical glass cabinet, where they seem to float freely without any support. The glass supports allow for an unrestricted view of the mechanism, including the bellows, chains and gears that keep the clocks powered–the Atmos clock is kept wound by minuscule changes in air temperature; as the temperature rises and falls, an inner gas-filled capsule expands or contracts, winding the mainspring. The Tellurium model includes a new complication, the caliber 590, and is far more complex. A tellurium is a mechanical model of the relative motion and positions of the Earth, Moon, and Sun, and this one also indicates the corresponding months and seasons with a zodiacal calendar. The Earth’s surface is depicted with miniature painting and the Moon’s surface is reproduced in miniature with laser etching. The Earth-Moon ring is inlaid with meteorite. They are priced at $15,000 for the Infinite and $570,000 for the Tellurium.

“The 590 is a brand new caliber, which was entirely conceived, designed, and constructed in-house in order to bring this complication to Atmos,” says Renier. “Like all of the complicated calibers we create, it takes on a life of its own. Each of our complications deserves to have a long life, because they’ve been so long in the making,” she says. 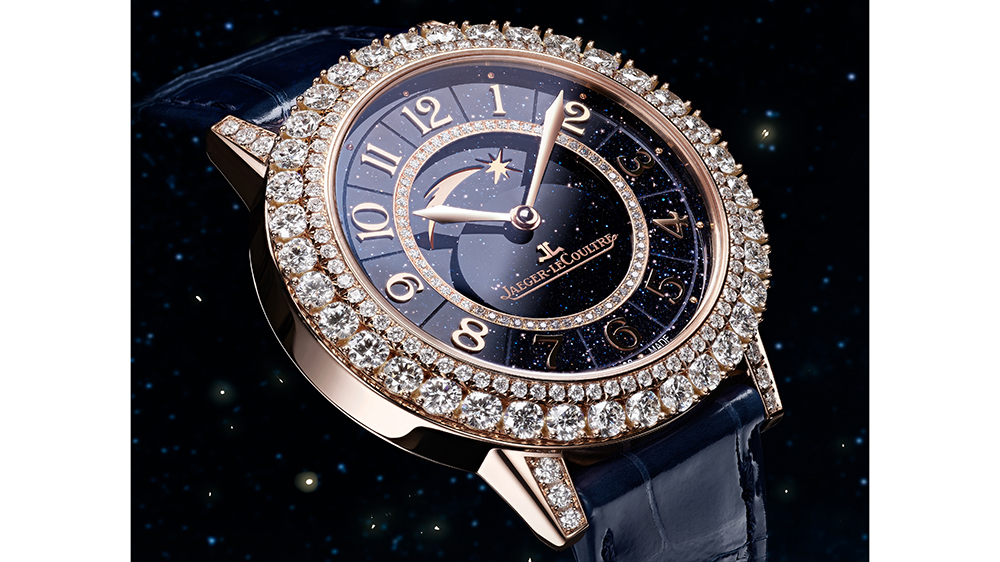 Women aficionados have not been forgotten in the mix—after all, says Renier, ladies’ watches represent half the brand’s production–including a new movement this year in the Rendez-Vous Dazzling Star, a complication that simulates a shooting star. A disk on the dial rotates between two stationary upper and lower disks–all made of sparkling aventurine–to reveal a shooting star that is activated by the movement of the wrist, like a rotor. The energy is regulated, though, so that instead of swinging back and forth with every movement, the star appears only at random moments—usually four to six times an hour—or on-demand by using the crown. One version is set with 3.48 carats on the bezel, and a fully set bracelet version contains a dazzling 8.26 carats of diamonds (priced at $75,500 and $182,000 respectively).