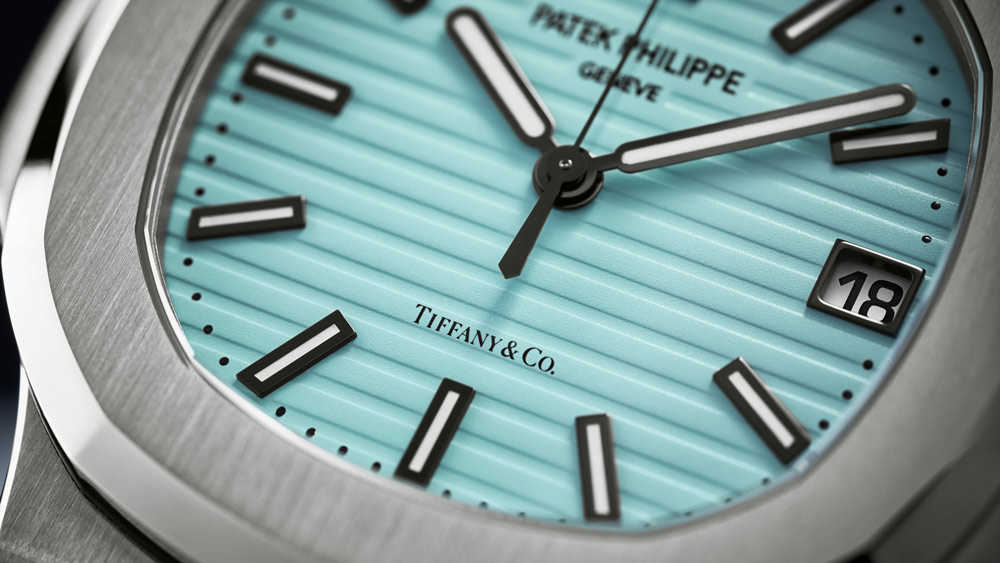 “I think I have several hurdles on my piece of paper that I want to reach with this lot,” said auctioneer Aurel Bacs during the bidding.

Clients called in from all over the world, but there was also intense bidding in the room. A well-dressed man in a camel-colored coat stood in the back of floor bidding aggressively on the piece, but as it climbed above $5.1 million he hesitated and acted as though he was going to walk. “Where are you going?” said Bacs before he quipped, “To breakfast? At Tiffany’s?” eliciting laughter from the crowd. Ultimately, that bidder didn’t complete the show for the audience. A remote bidder in Miami took home the in-your-face watch—and you can bet this client won’t have any trouble being spotted in the eggshell blue color that is the signature of the American jeweler.

The proceeds from the whopping $6.5 million sale will be donated to The Nature Conservancy, a global environmental organization located in Arlington, Virginia. For the rest of you looking to get your hands on what is said to be the final version of the famed Ref. 5711 Nautilus at the vastly more affordable (relatively speaking) retail price, you will have to start sweet-talking your Tiffany’s sales associate, assuming you don’t already have them on speed dial. Mere mortals will have to wait and get their hands on one in the secondary and expect to shell out a rather hefty sum. Happy hunting!