To honor a half-century of operation, Porsche Design opened orders this week for its tribute coupe dubbed the 2022 Porsche 911 Edition 50 Years. Following the sports car’s release in 1964, the marque dropped its innovative Chronograph 1—the first completely black watch—in 1972. For its golden jubilee, long-time fans can now shop a re-issued take on the reference.

Named the Chronograph 1 – 1972 Limited Edition, the stealthy 40 mm watch is crafted from lightweight titanium, which was once used by founder Ferdinand Alexander Porsche to create another first-of-its-kind chronograph in 1980. The new edition is produced in the company’s Switzerland watchmaking facility and bears the marque’s logo on its black dial, crown, clasp and silver case-back. Its tachymeter scale around the dial, along with day and date indicators, pay homage to the 1972 reference by displaying the original typography. 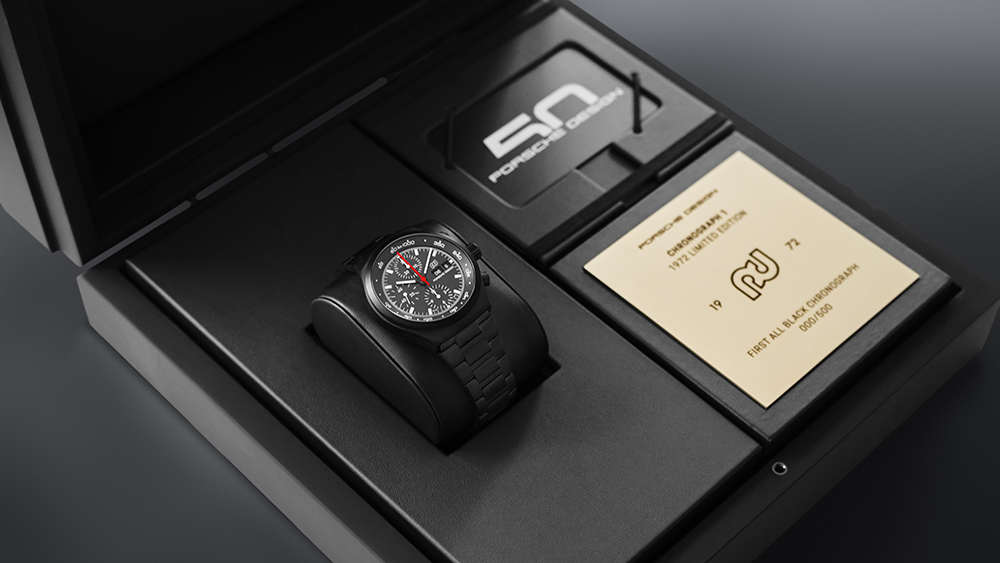 The limited-edition watch in its luxe commemorative packaging.  Porsche

The original baton hands have also been reapplied to this edition for a classic touch. And while the nostalgia is all there, you’ll spot significant updates that give it a modern refresh. For starters, its titanium case is topped with a dense carbide coating to protect against abrasions, erosions, etc. The model’s scratch-resistant sapphire crystal glass also features seven-layer anti-reflective properties on both sides that ensure visibility. Super-Luminova filled hour markers bring this piece up to date.

Additionally, the figure is powered by Porsche Design’s newly developed automatic movement, known as the Werk 01.140 caliber. It kicks out a frequency of 28,000 vph, or 4Hz—which is common for most modern watches—and supplies you with a power reserve of 48 hours. 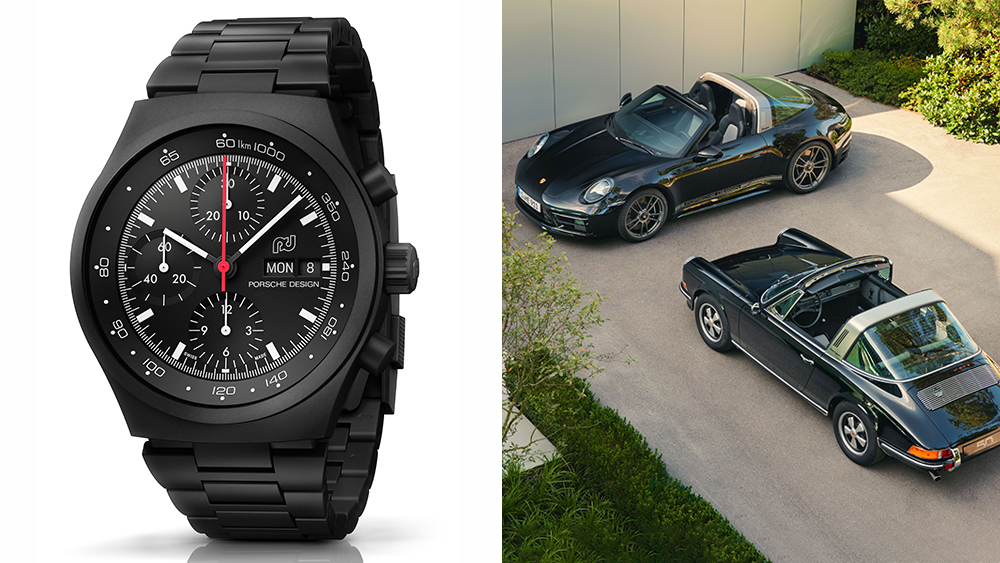 The original watch became a bit of an icon, loved by racing drivers such as Clay Regazzoni and Mario Andretti. Tom Cruise even sported it in his blockbuster 1986 film Top Gun. Today, the piece continues to inspire the marque, as seen in its commemorative 911 Targa 4 GTA’s all black exterior and dashboard clock that shows off a red second hand against contrasting white hour and minute markers.

Limited to 500 examples, you can purchase the Chronograph 1 – 1972 Limited Edition now for $7,700 from the Porsche Design website. Deliveries will take place between January and March.