As AKRIVIA approaches its 10th anniversary, founder Rexhep Rexhepi releases a new Chronomètre Contemporain. The new RRCCII inherits much of the aesthetics of its predecessor, but with a brand-new calibre beating inside.

When AKRIVIA unveiled the Rexhep Rexhepi Chronomètre Contemporain at Baselworld 2018, the watch marked a departure from the aesthetics of the brand. The classical proportions and traditional craftsmanship belie its 21st Century creation. The watch would go on to win the best Men’s Watch in the 2018 Grand Prix d’Horlogerie Genève. In 2019, AKRIVIA presented a pièce unique RRCCI for the ONLY WATCH charity auction, the first AKRIVIA watch to feature a case made by the legendary casemaker Jean-Pierre Hagmann.

The first glimpse of the RRCCII came last year, in a pièce unique for ONLY WATCH 2021. Now, with the announcement of the production piece, the beauty of this newest collection can be fully appreciated.

On first view, the case of the RRCCII appears similar overall to that of the RRCCI. Closer inspection reveals subtle and significant changes that perfect the proportions. The redesigned case is a 15-part construction developed by the master casemaker Jean-Pierre Hagmann. It is wholly new, with no parts being interchangeable between the two editions. Each case is manually made using traditional methods and manually operated tools under the supervision of Jean-Pierre Hagmann, and carry the “JPH” stamp on one of its lugs.

On the RRCCII, the most noticeable update is the longer lugs. Retaining the sense of geometry of the first edition, the new lugs are modelled on mid-20th Century cases made by Emile Vichet. They are more elongated and sweep downwards more gracefully. The lugs are soldered to the case middle individually, with the added advantage of keeping the case back elevated when the watch is on a flat surface. The bezel is more refined to harmonise with the new crystal with its pronounced dome. The new snapback case back retains the sapphire display, allowing full view of the new RRCC02 movement. 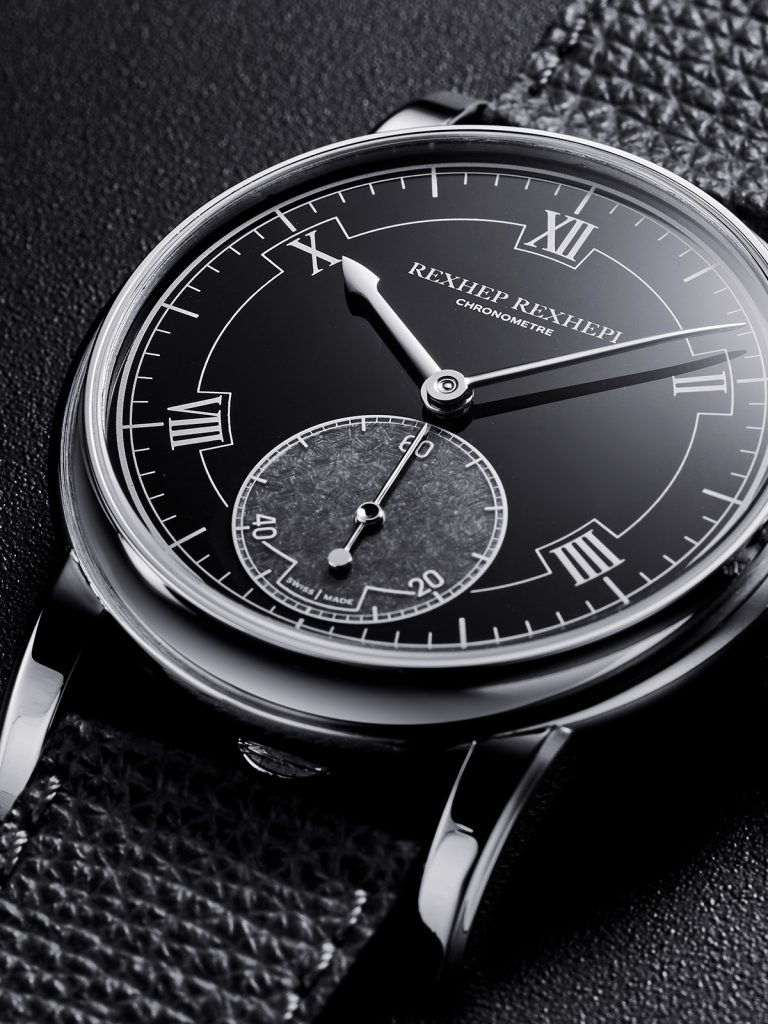 The dial on the RRCCII retains the design of the first edition, with the distinct chapter ring and alternating Roman numeral indices. Each vitreous enamel dial is produced in the traditional method. First, powdered glass is applied to the metal base plate, then fired at high temperature in an oven to fuse the glass to the base. This process is repeated several times to achieve the desired indelible finish. The dial is then lapped with an abrasive paste and the surface is polished until it is glassy smooth. This process is repeated for the recessed subsidiary seconds subdial, which is soldered to the main dial. Unlike the first edition, the RRCCII does away with the metal retaining ring around the seconds subdial, allowing a seamless join with the main dial.

The markings are also subtly reworked. The hour markers now rendered in a heavier font to give greater presence. The markings on the dial have varying thickness to offer visual contrast. This is first printed on to the dial in liquid enamel, then fired to set the markings. For the platinum version, a glossy piano-black enamel dial has markings in ivory, with the seconds subdial hand-engraved with the gratté finish that is then covered with translucent grey enamel, fitted with polished grey steel hands. Chromatically opposite, the rose gold version has a faintly translucent white enamel dial, with black enamel markings. The purpled steel hands contrast sharply against the pristine dial.

Read: A Year on the Wrist – Rexhep Rexhepi Chronomètre Contemporain I

While the look of the new Calibre RRCC02 may give one a sense of déjà vu in its symmetrical presentation, the construction and mechanics are completely new and different. The Calibre RRCC02 features a symmetrical barrel bridge securing two mainsprings, each powering a different gear train for two separate functions. One supplies energy to the redesigned balance wheel, which keeps the time to chronometric standards. The other powers the deadbeat jumping seconds, which also features a hacking zero-reset function. Pulling the crown will stop the seconds (the hack) and sends the seconds hand back to 12 o’clock (the zero-reset).

As with all AKRIVIA watches, the movements are beautifully hand-finished. The German silver (or maillechort) main plate and bridges are environmentally friendly, with ideal mechanical and physical properties for functional stability and decorative treatment. Each of the 7 wheels in the movement have 20 angles each that are hand-polished with bevelling on their spokes and inner bridges. The Côtes de Genève have well-defined lines, and the perlage on the base plate is visible through the gear trains and balance wheel.

This manual movement beats at a frequency of 3Hz and has an 82-hour power reserve.