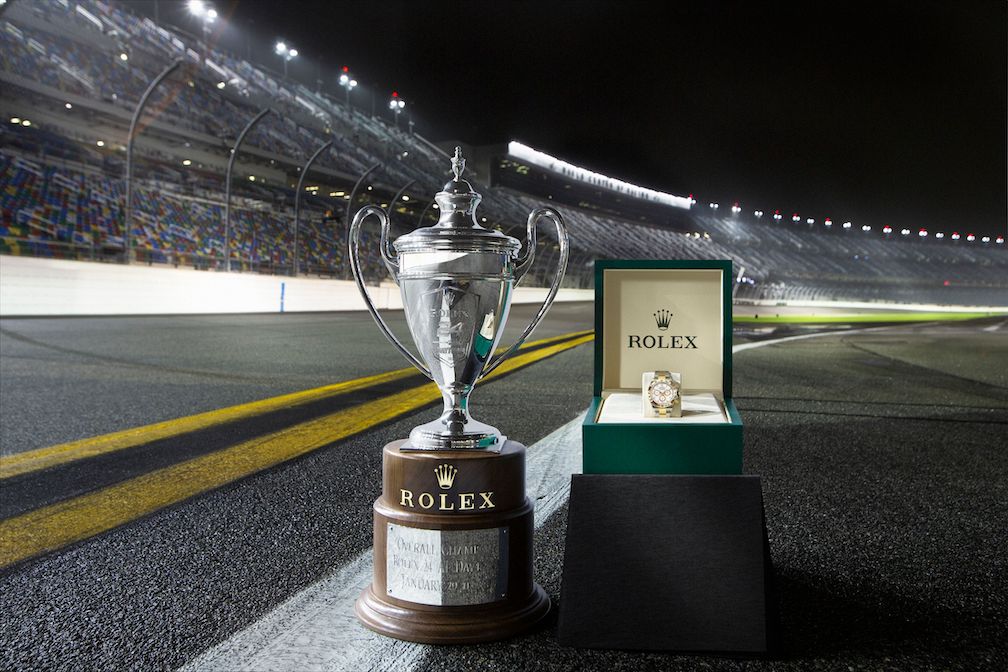 Rolex watch and trophy for the Rolex 24 at Daytona, won in 2022 by Helio Castroneves.

Swiss watch giant Rolex has been intimately involved in the world of motorsports for nearly a century. In fact, since the 1930’s, the brand’s watches have been on the wrists of racecar drivers and the name has been on the tip of their tongues. In fact, it was mostly by word of mouth, and by way of emulation, that Rolex became so coveted on the racing circuits. 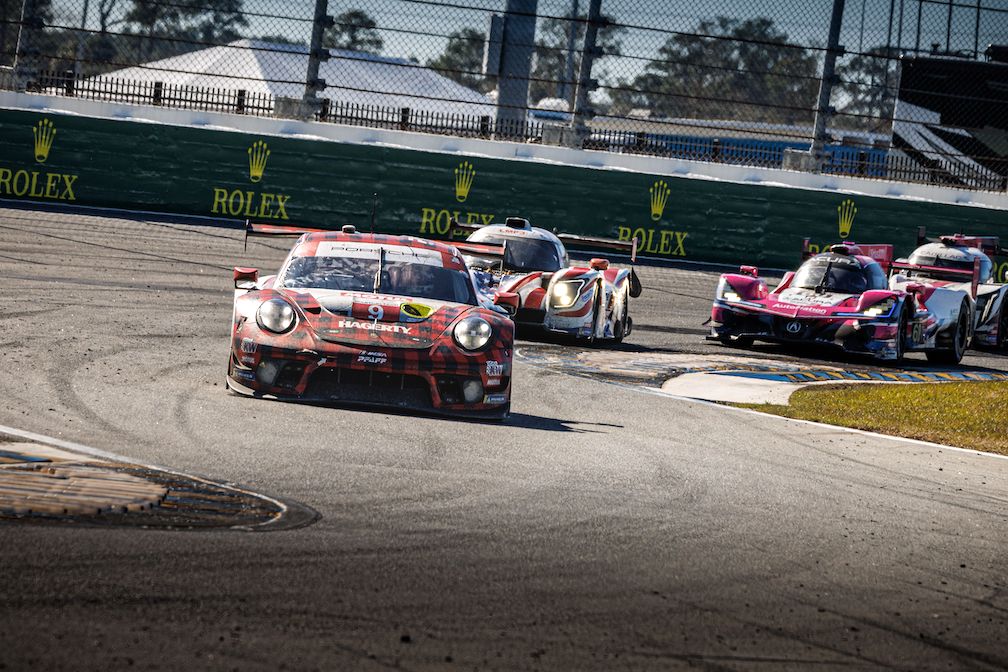 Now, the brand celebrates 30 years of being the Title Sponsor and Official Watch of the Rolex 24 at Daytona, and it also honored the 60th running the famed endurance race just last weekend in Daytona.

Last  weekend’s  roaring event at Daytona International Speedway witnessed hundreds of automobiles in five different categories racing the more than 3-mile track for one of the most famous endurance races of modern time: the Rolex 24 at Daytona. 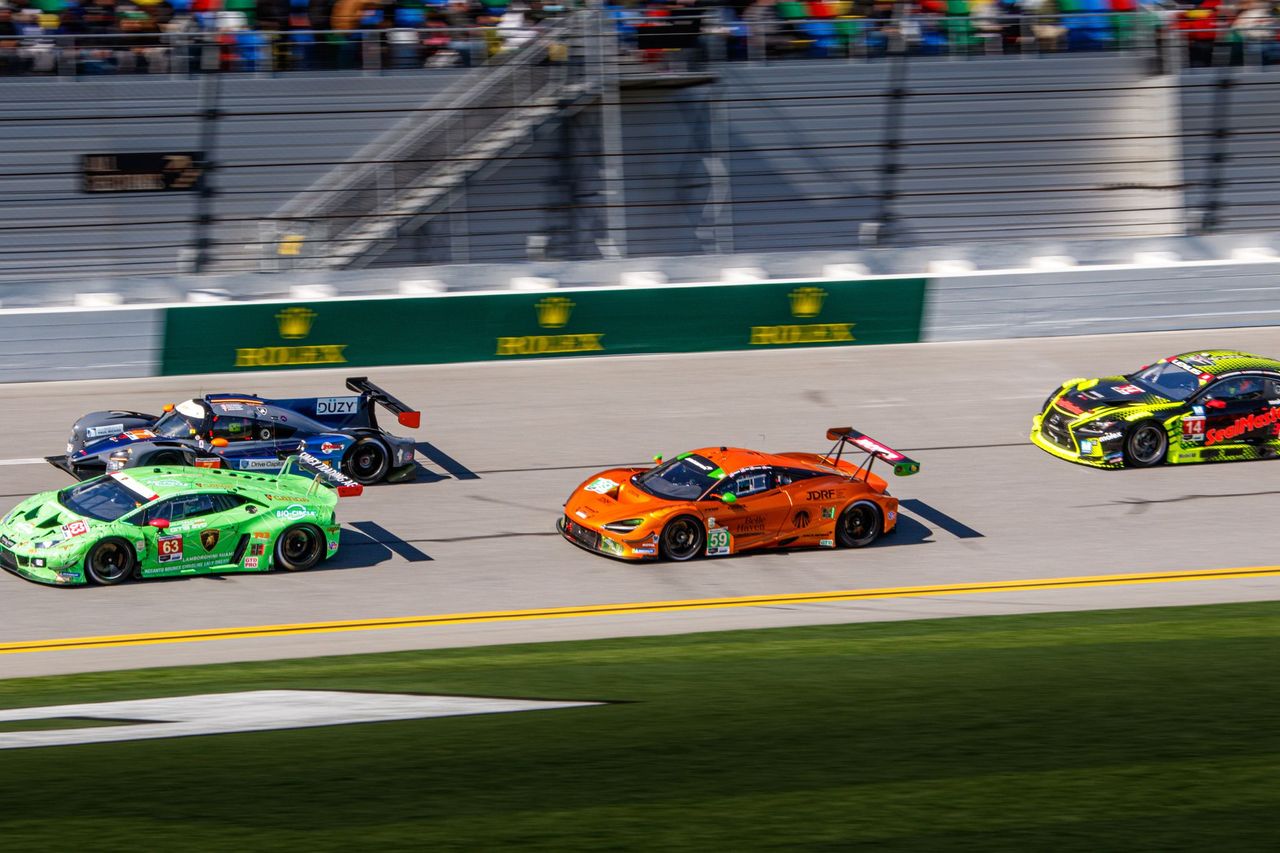 While the Rolex Daytona Cosmograph watch is one of the most coveted and beloved watches from the Swiss giant among the general collecting public, it is truly the most coveted draw for the racers. The winner not only gets a trophy, but – maybe even better — gets to take one of these very special panda-style Daytona timepieces home as a symbol of the big victory that he or she can wear any time.

This year, Helio Castroneves took the Meyer Shank Racing team to the top of the boards and with that sweet victory, and he took a Daytona home, too. It was his second consecutive win at this race and so also a second Rolex. 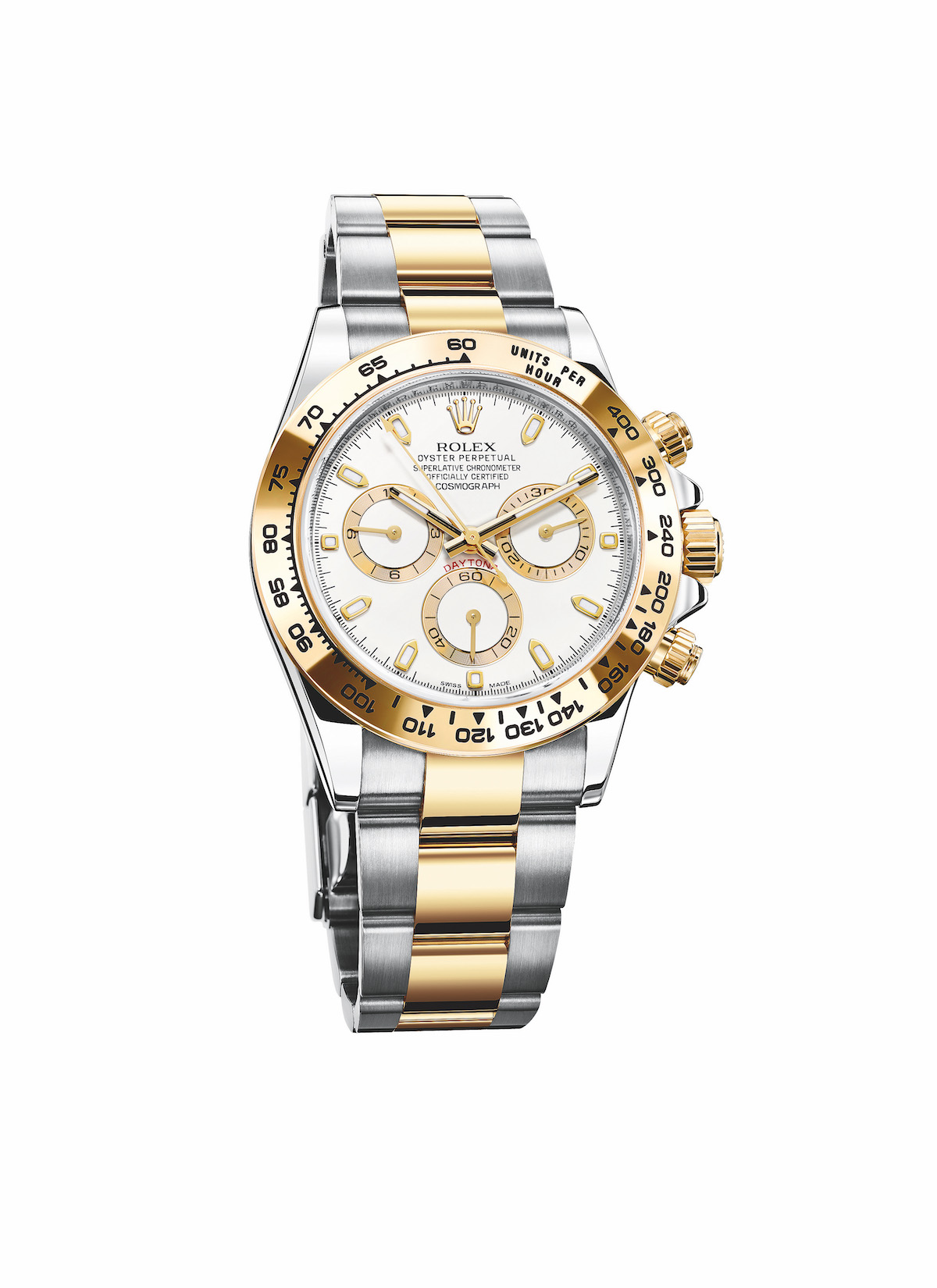 Making this year even more special for all concerned, especially Rolex, is the fact that  2022 marks  several anniversaries of Rolex and racing. It was in 1962 that the 24 Hours of Daytona first ran, so this year marks 60 years of the big event. It also marks the 30th anniversary of  Rolex being a title sponsor of the event, with the very first Titled Rolex 24 at Daytona taking place in 1992. It also marks the 30th year that the brand is the Official Timepiece of the Rolex 24 at Daytona.

Rolex’s ties with motor racing date back to the 1930’s when Campbell would wear his Rolex on the beach in Daytona for the races then. Rolex became the must-have watch among racers that far back. The brand also solidified its relationship with Formula 1 racing in the 1960’s when the brand partnered with three-time FIA Formula 1® Drivers’ World Champion Sir Jackie Stewart. The legendary racer won 27 of his 99 Formula 1® Grand PrixTM starts before he retired in 1973. He continues to be involved in motorsports and remains a brand partner with Rolex. 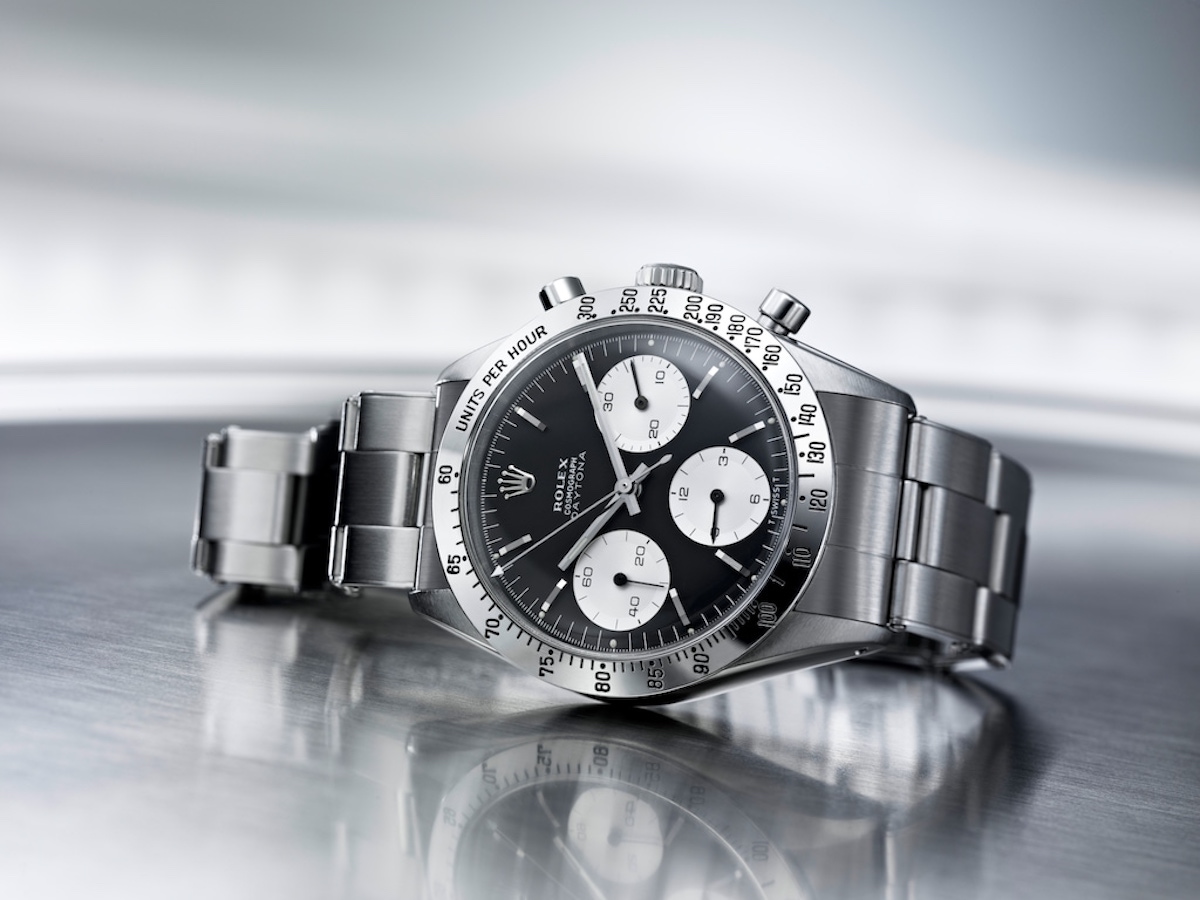 (Portions of this article by Roberta Naas first appeared on Forbes.com.)