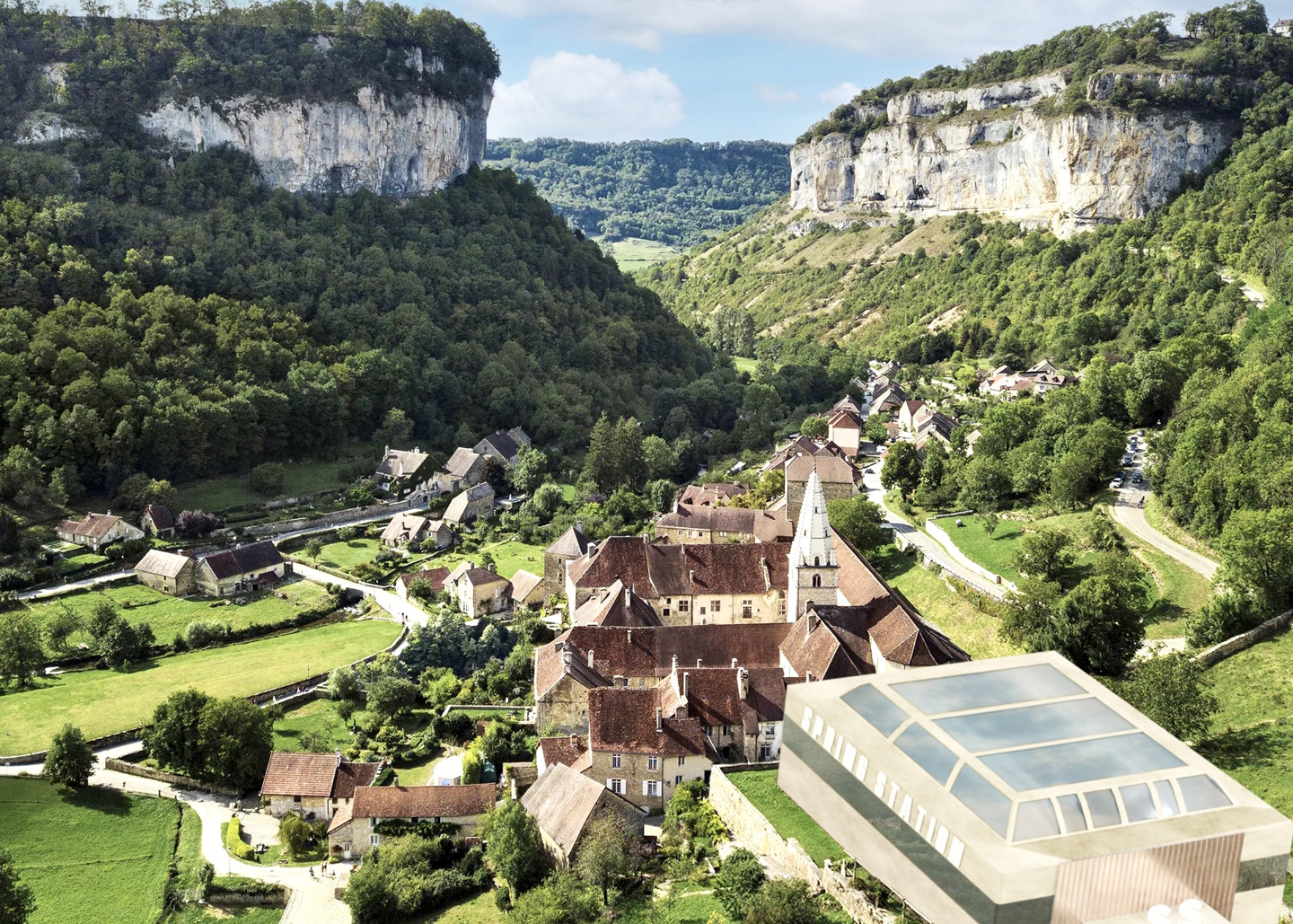 It couldn’t be more timely. As the world debates the future of energy sustainability and supply, a new concept has just been completed in Switzerland. Known as the SpringStation, this novel power plant concept is yet another approach to energy diversity for a future in which power generation must be local, sustainable, and renewable. Energy independence is a key aim of many industrialized nations, including Switzerland. Alternatives to fossil fuels are growing in popularity, but most include various drawbacks and limitations. The solution for many countries seeking sustainable, locally created energy is to invest in a spectrum of energy-generation technologies including solar, geo-thermal, wind, water, waves, and now also human effort.

The SpringStation concept is relatively straightforward, but getting it right was something that few outside of Switzerland could manage. The station uses a series of mega-sized versions of the mainsprings that power traditional mechanical watches. As tightly wound springs unwind, they are able to move a complex series of gears that in a wristwatch power the mechanism that tells the time. These systems have become super-sized in the SpringStation. Such springs also have the power to generate electricity. Over in Japan, Seiko watches introduced a system called Spring Drive over 20 years ago that uses the power generated from the winding of a mainspring to create an electrical circuit. A similar concept has now been expanded to generate electricity for homes and cities, all thanks to the SpringStation. More systems like it could be developed soon. Who is responsible for this innovative power-generating solution? 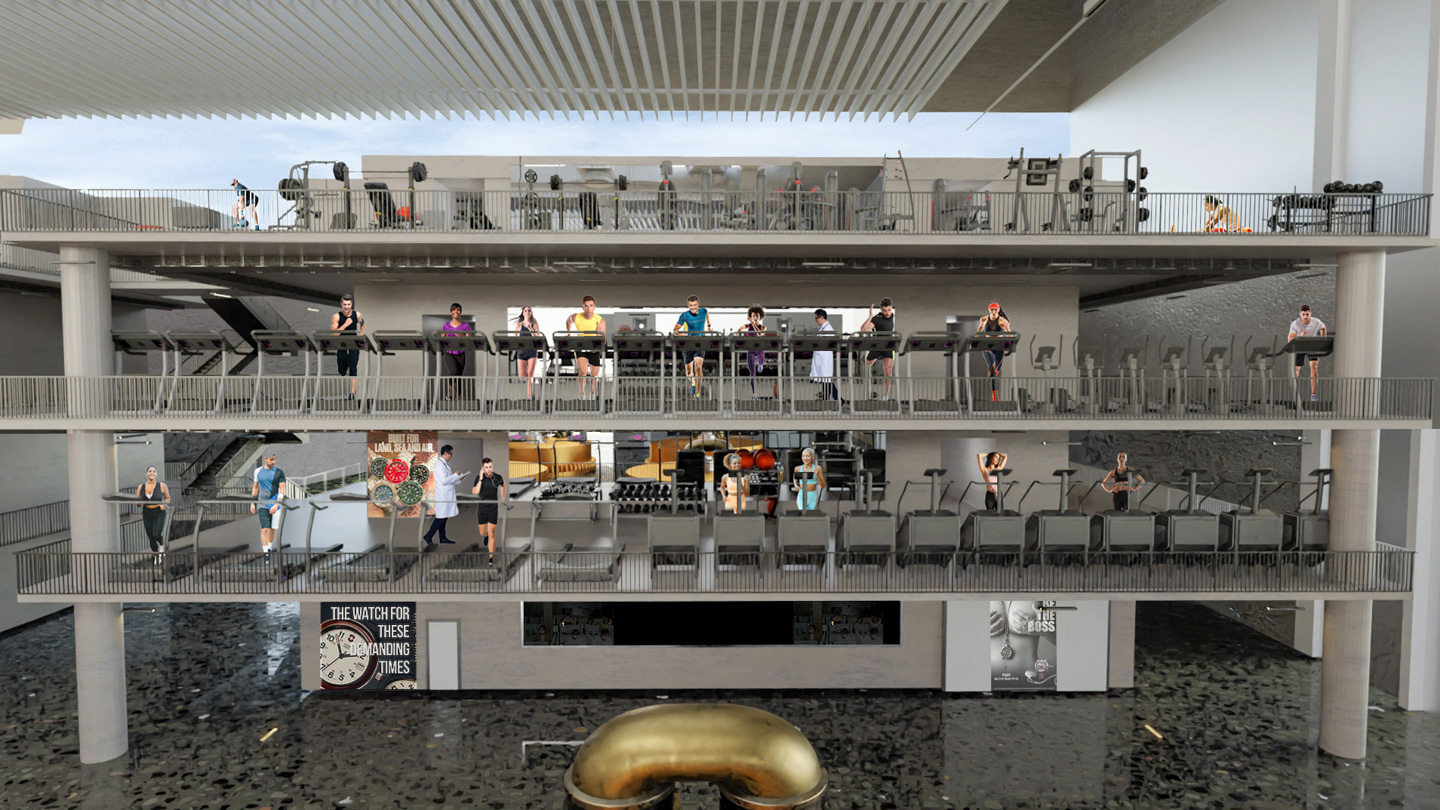 In a rare modern display of cooperation, the SpringStation is a result of investment and effort from a consortium of Swiss companies, including many from the luxury watch industry. Keen to demonstrate how traditional mechanical watchmaking is both an art and a science that is still relevant, major players in the watchmaking industry are principally responsible for the complex system that both winds the large springs and evenly and gradually distributes the kinetic power released by them into the running gears that feed power to electromagnetic generators. A core part of the SpringStation is visibility and presentation. Backers behind the project aren’t just interested in energy independence but also the story that each SpringStation can tell. If a city is powered by the same technology that has been relied upon for centuries to tell time, such devices are entirely relevant to the cultural narrative. More so, in a nod to the pride and artisanship inherent in traditional watchmaking, SpringStation facilities will be decorated in a manner that maintains that strong sense of heritage.

How does the SpringStation work? In the same way that a wind or water turbine generates electricity, a large spring can perform a similar task. As the springs unwind, the power is fed through a series of transmission gears that move magnets around inside a large coil of wires. Thus, kinetic energy is transformed into electrical energy using a process that has been demonstrated since the mid-19th century. A key engineering challenge in the development of the SpringStation was how to shield the typically ferrous (iron-based and thus magnetic) mechanical parts, such as the springs and gears, from the powerful magnetic field of the electromagnetic generators that are used to create the power, which is later fed into homes and businesses. The solution was a long study in using non-magnetic materials, as well as developing powerful magnetic shielding around the series of powerful electromagnetic generators. The result is a delicate balance between magnetism and shielding. Engineers on-hand in the station carefully monitor performance levels and regularly make checks on how all machinery is operating.  SpringStation workers liken their efforts to those watchmakers, except this time, they are inside the watch movement, as opposed to looking down into one via magnification. 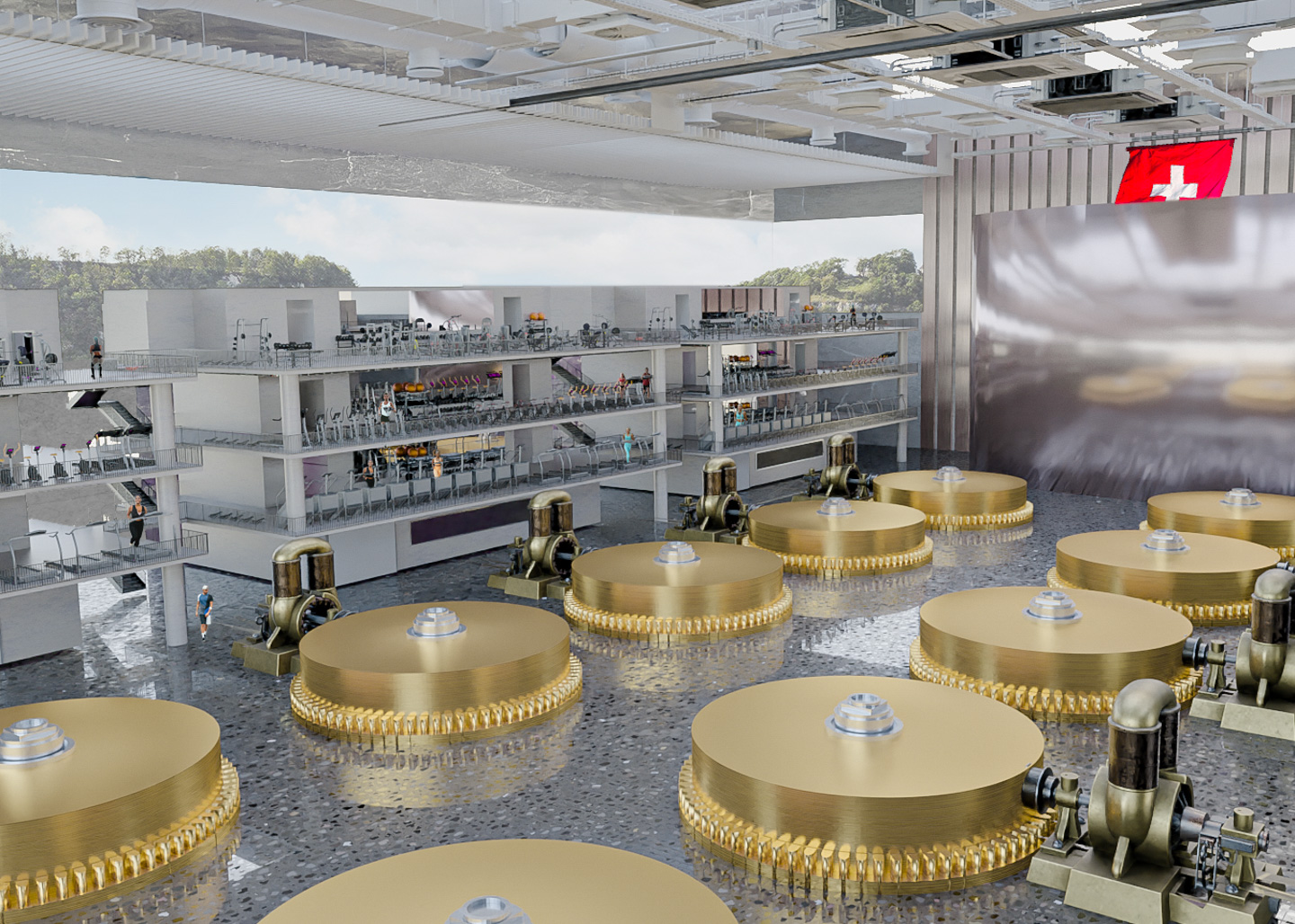 By design, SpringStations are intended to be situated close to where people work and live. This is a very different philosophy to most power generation facilities, which are normally located away from areas where people live. This traditional thinking was mostly based on the idea that power generation stations are unattractive and dangerous to live near, given harmful emissions. This is not the case with many contemporary forms of sustainable power generation that use kinetic energy (versus fossil fuels) to power technology that generates electricity. The SpringStation architecture is not only designed to fit into residential and commercial zones, but it also requires regular contact with local citizens. It even pays them.

Attached to each SpringStation is a human-focused facility known as the WorkStation, with a variety of machines that, when operated, transfer power to a system that gradually winds the SuperSprings. Those machines are in the form of exercise equipment, ranging from stationary bikes to pulley-based strength-training machines typically seen in gyms. All of these machines have been specially adapted to apply the energy uses to pulling cables that feed to a central winding system. In a traditional mechanical watch, the mainspring is typically wound either using the motion of a weight that is shifted by gravity or a user manually turning a crown. In the SpringStation, the collective effort of people working out at its accompanying WorkStation is like many people working in tandem to turn a large wristwatch crown, only they do so through the collective effort of working out. It also pays. 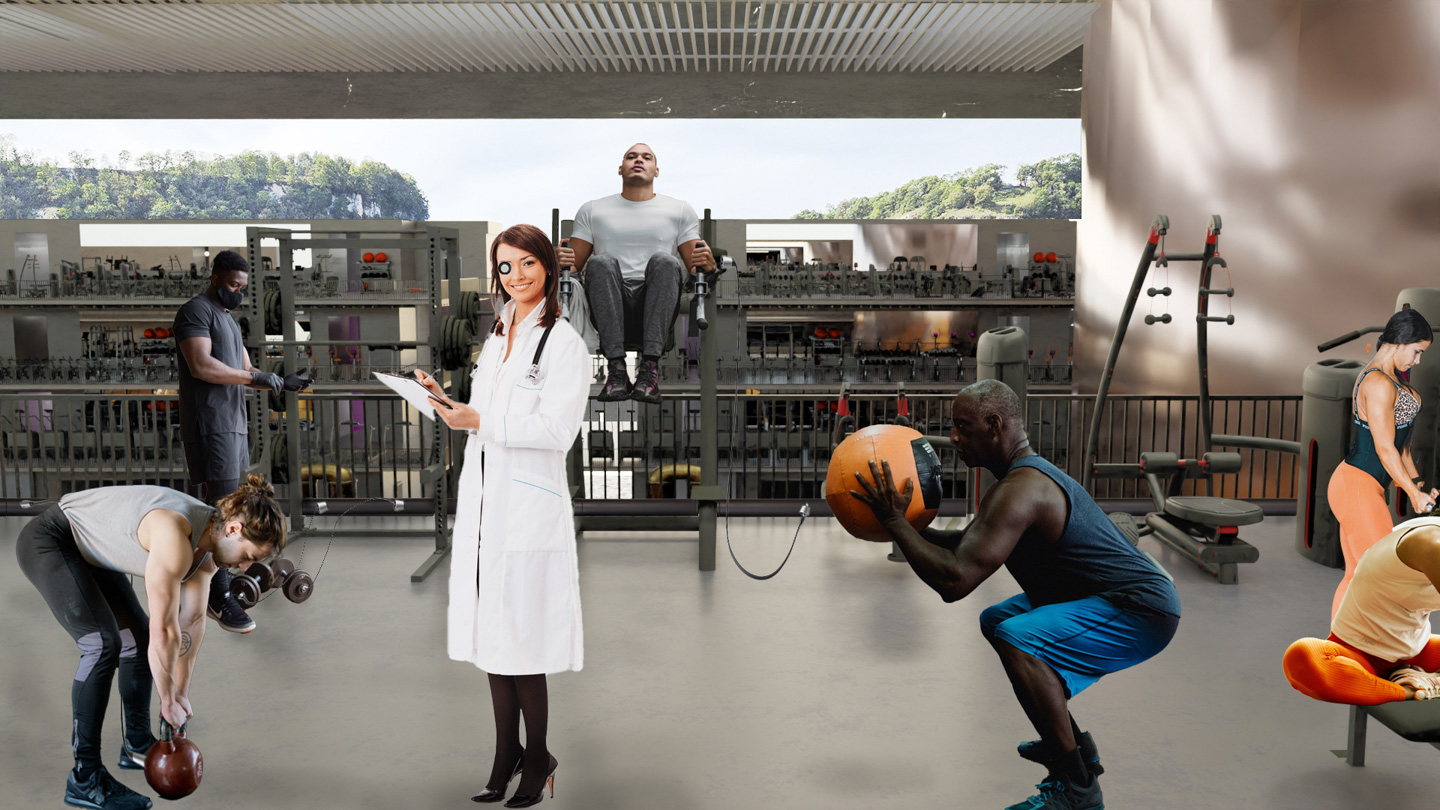 While most exercise gyms require a paid membership to use, the SpringStation works on the opposite principle — it pays people for their effort. Unfortunately, the fees users can earn through working out at the WorkStation would not be enough for a full-time salary, but the idea is that incentives to keep the WorkStation full benefit everyone involved. Urban denizens will always have the need to supplement their normal activity levels with exercise time. A municipality also has an interest in generating clean energy. If people are paid to work out, then it is both good for their health and helps keep the lights on in their neighborhood. The SpringStation WorkStation will be open 24 hours a day and will encourage people to visit anytime they like. Given the 24 hours of power reserve in each of the SuperSprings, it is not necessary for WorkStations to be fully populated at all hours for electricity to be generated. As long as enough people come work out enough of the time, the 10 SuperSprings will be perpetually able to generate the roughly 30 megawatts of promised electrical power. How much does working out at the SpringStation pay? It actually depends on how much kinetic power a user generates but maxes out at 15 Swiss Francs per hour. Most WorkStation visitors will earn 5-10 Swiss Francs per hour.

The debut SpringStation in the Jura mountains of Switzerland is hopefully the first of many such facilities. Each station provides enough energy to power some of the small towns in the region. In a larger city, multiple SpringStations would need to be conveniently located near to where people live and work so that they can enjoy a full complement of participants at any given time. Concepts like the SpringStation could play an important role in any given country’s portfolio of power generating facilities. When combined with solar, wind, and potentially other available natural power sources, the SpringStation can harness energy like nothing else currently can — human energy. If successful, SpringStations will offer a meaningful boost in physical activity options for locals, as well as a clean and proud way to power our homes and businesses.