As the crisis in Ukraine enters its fourth week, the watch industry is throwing its collective support behind a fundraising auction to benefit World Central Kitchen’s efforts in and around Ukraine. Spearheaded by Kathleen McGivney, CEO of the collectors group RedBar, and Wei Koh, founder of Revolution Magazine, the #WatchFamForUkraine Solidarity Auction will run from March 25 to 28 on Loupe This, a community-driven online auction site cofounded in 2021 by Eric Ku and Justin Gruenberg.

“We’re trying to bring the watch community together to do something on a large scale for good,” McGivney tells Robb Report. “As people are fleeing the violence and becoming refugees or are staying put and having their supplies disrupted, the immediate need for all these people is food. I have followed World Central Kitchen’s work for years and they’ve been there feeding people since the day Russia invaded Ukraine.”

Since McGivney came up with the idea for the auction on March 5, the charity initiative has amassed more than 50 lots—most of them are watches, but the collection also includes art and experiences. Loupe This is waiving all fees, so 100 percent of the funds will go directly to World Central Kitchen.

“We’ve seen such a positive response and willingness to help,” says McGivney. “People are pulling stuff out of their collections, things like sold-out collaborations.” 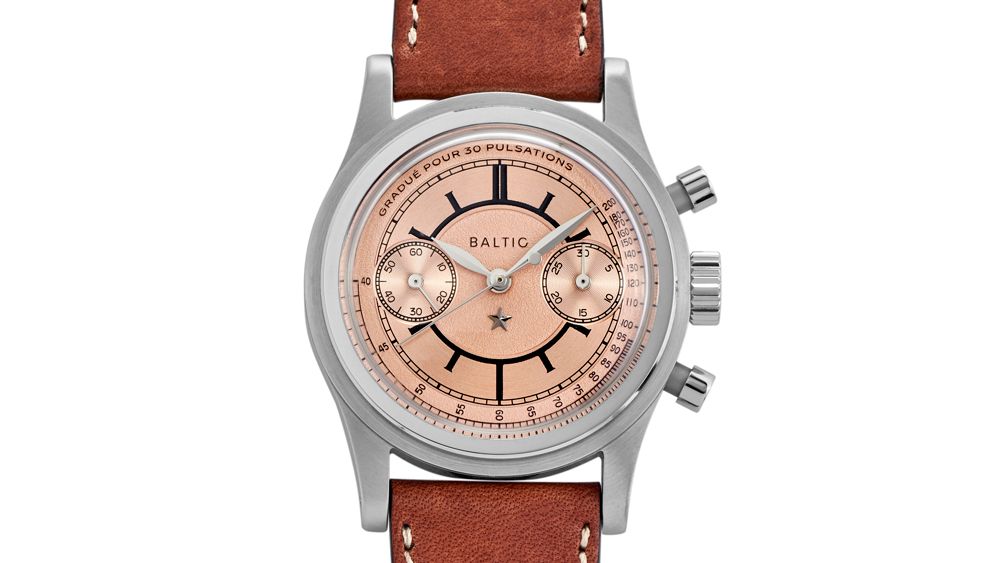 McGivney and Koh have each donated personal timepieces: Her contribution is a RedBar limited edition of a Maurice Lacroix watch and his is a limited edition of the boutique watchmaker Baltic created with Revolution (No. 1 in the series, no less). Others who have donated pieces from their personal collections include Breitling’s Georges Kern, Massena Lab’s William Massena, Material Good’s Yoni Ben-Yehuda and Watches of Switzerland Group’s Kelly Yoch and James Lamdin.

On the brand side, a number of firms have created unique pieces for the sale. From Bamford Watch Department comes a pièce unique GMT featuring the colors of the Ukrainian flag. Other watchmakers who’ve donated unique pieces—most of them small, independent and nimble enough to pull the project together quickly—include anOrdain, Fears, Brew, Norqain, Furlan Marri, Arcanaut and William Wood. The sale will also include donations from Oris, Analog Shift, Benrus, Worn & Wound, Autodromo, WatchBox, Revolution, Farer and Longines. 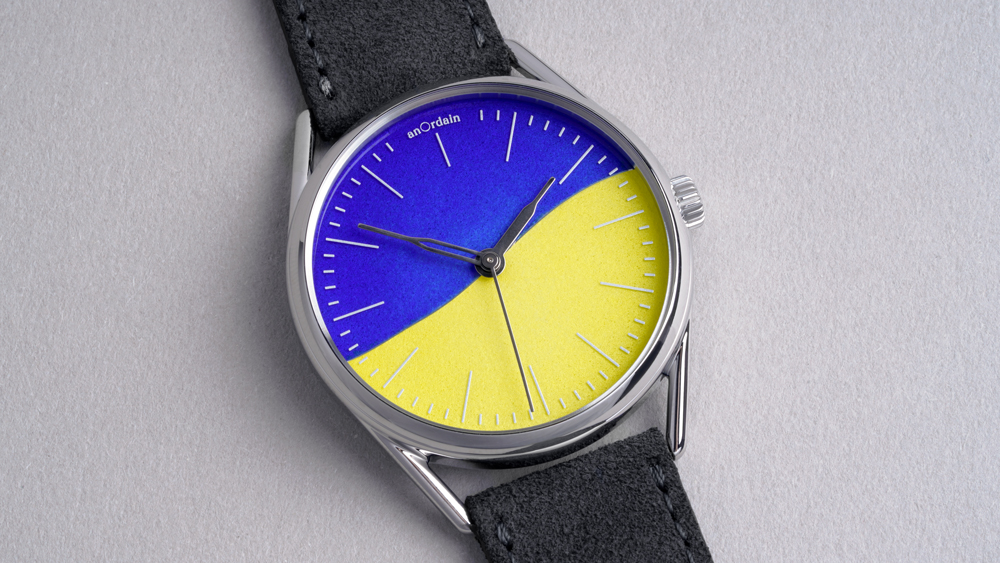 Non-watch items are on the block, too, and they include a triple watch winder with storage from Wolf, a photo print from Phillip Toledano, a custom piece of artwork drawn by Lee Yuen-Rapati of One Hour Watch and donated by Ming, and a private tour of the Grönefeld atelier in the Netherlands.

“The last one is my personal favorite lot because it includes beers with the Grönefelds after the tour!” says McGivney.

“You can’t even put a price on that,” she adds. “It might not be feasible for every watchmaker to donate a watch, but they’re getting creative.”