(This article by Roberta Naas first appeared on WorldTempus.com) 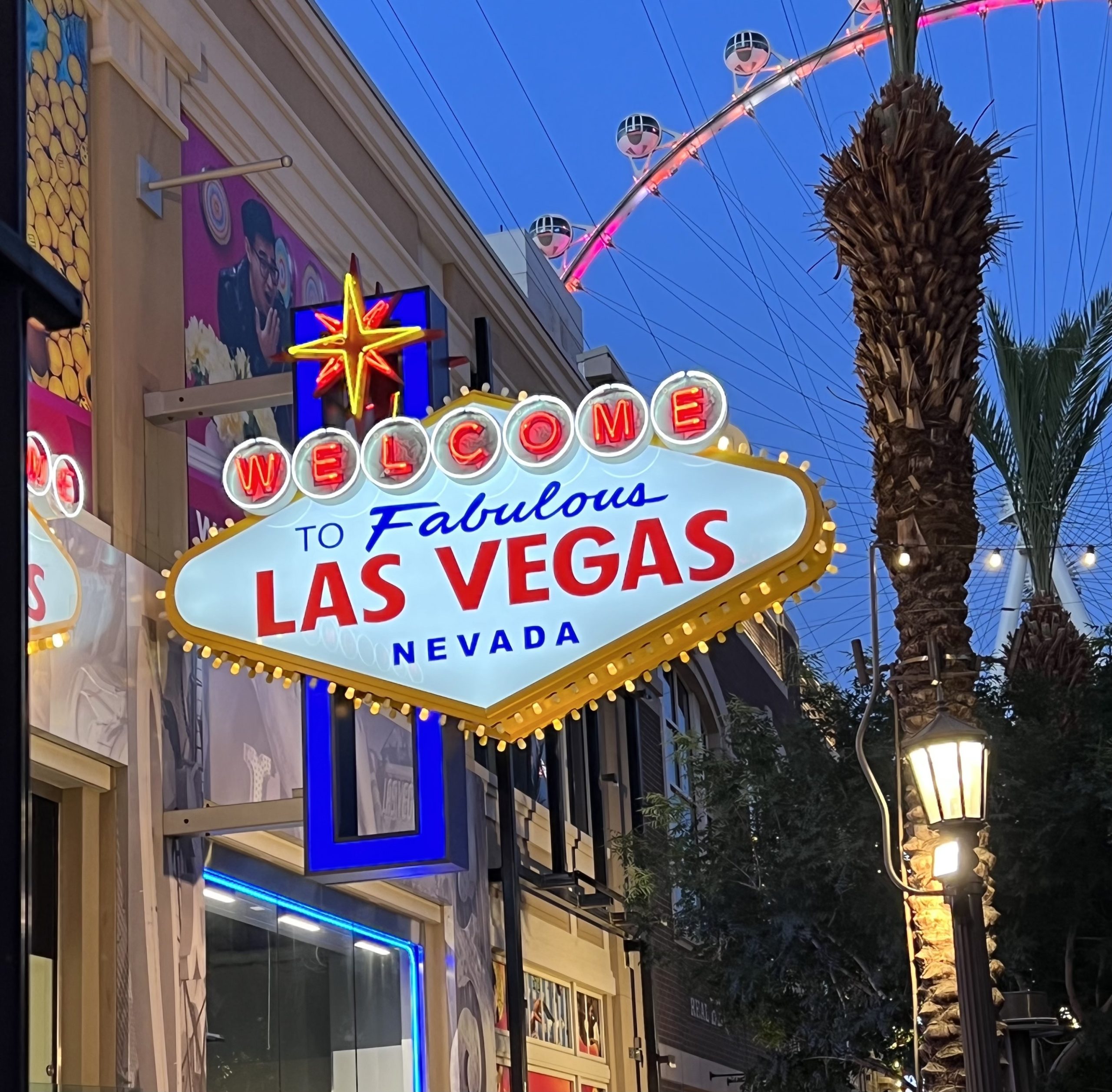 Long hailed as the premier show in America for luxury watch and jewelry brands (and for qualified buyers who can guarantee they will spend a certain amount of money during the show), the Couture Show was back in full swing this year in Las Vegas as enthusiasm filled the air. 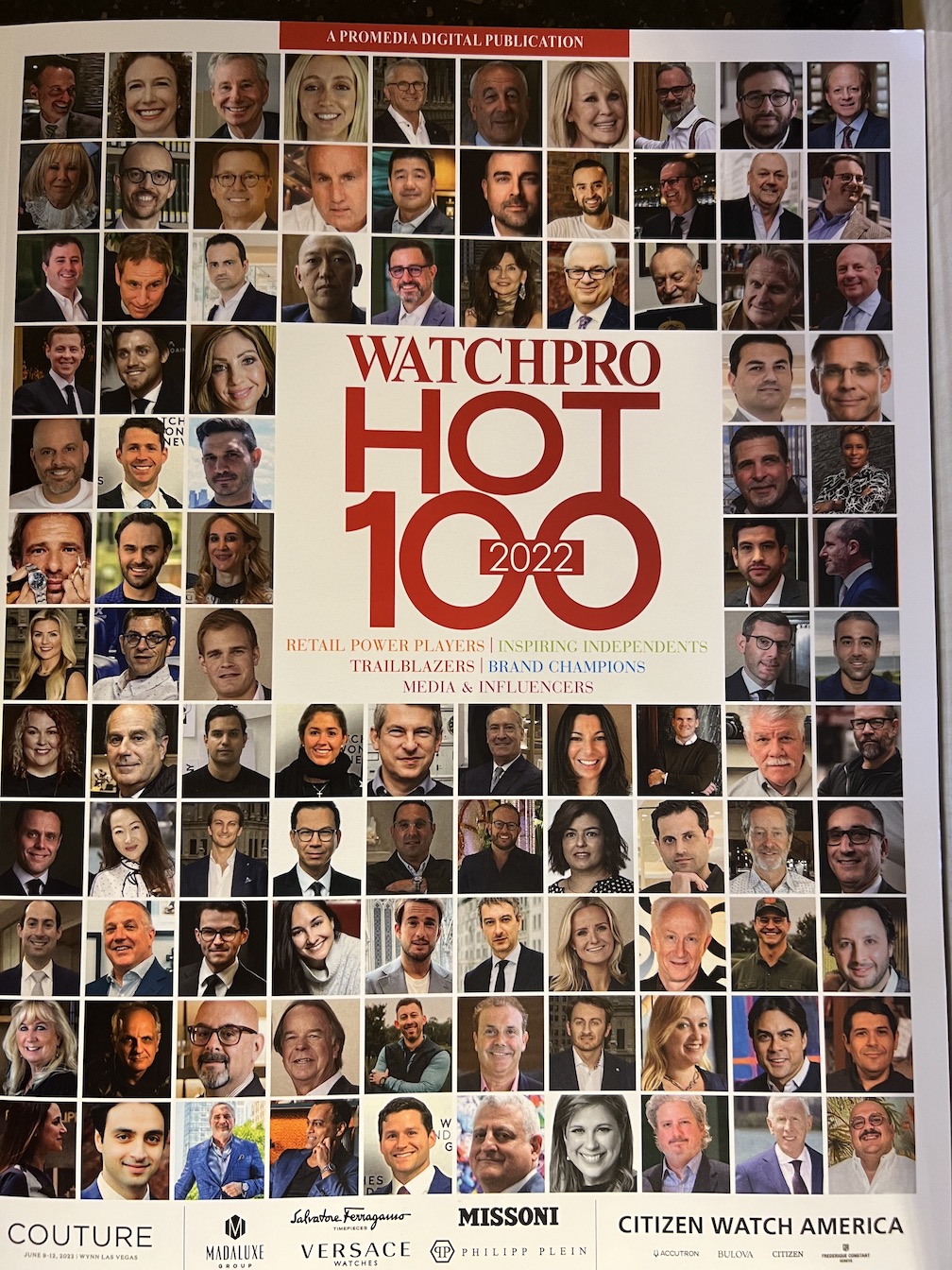 Watch and jewelry exhibitions are alive and kicking in the United States, especially in Las Vegas where four shows took place practically concurrently over the course of the past week or so. Among them: Luxury by JCK, JCK, the Art  & Antique Show, and – the highlight of it all – Couture. Each of the shows overlapped somewhat in time frames, but the Couture show, which took place at the Wynn Hotel’s fairly new convention space from June 8-12, 2022, offered the best platform for viewing watch brands small and big. 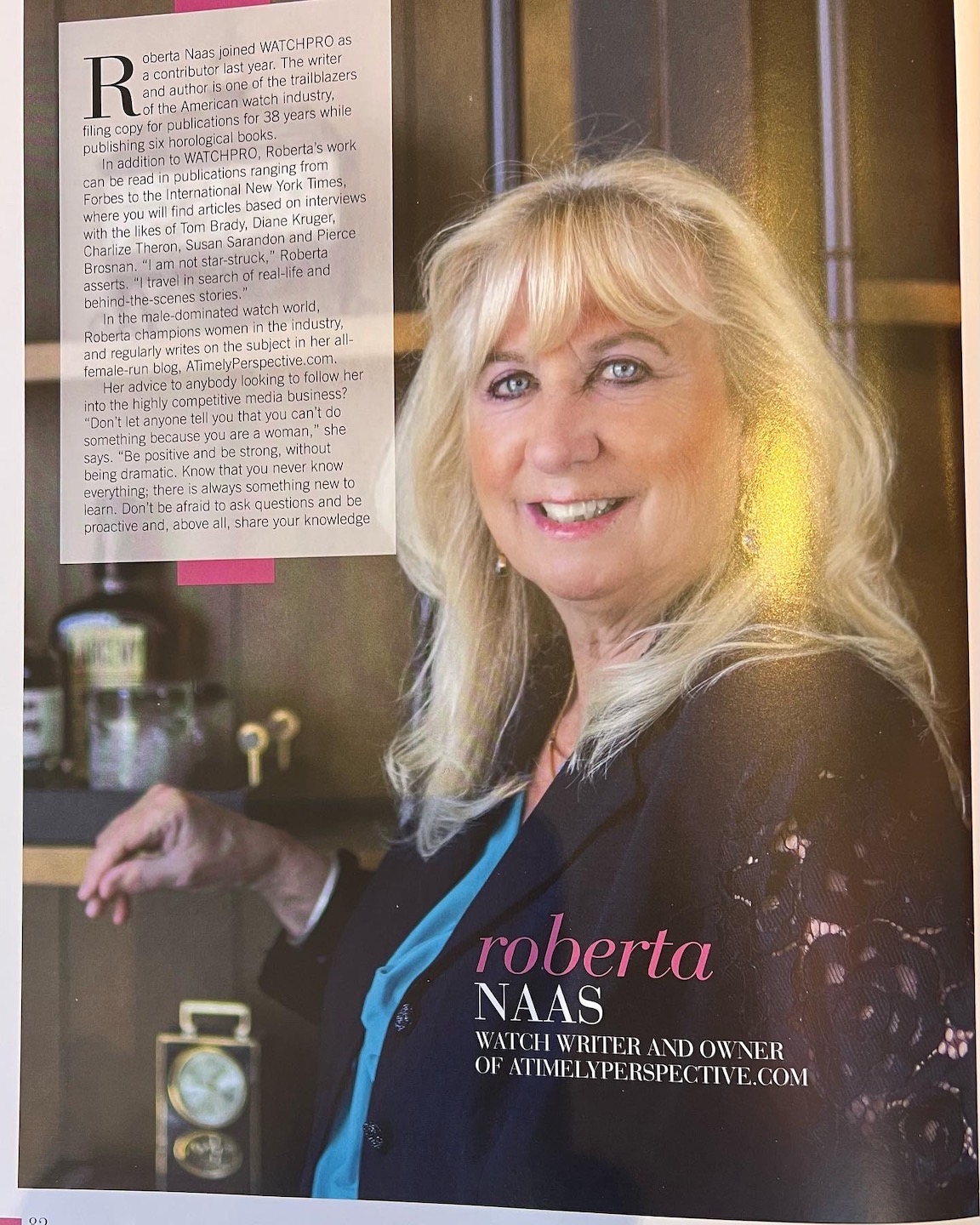 In fact, with the new layout of the show, which mixes jewelry and watch exhibitors in a main ballroom as opposed to the previous “Couture Time” and Couture shows with separate space for watches and jewelry, timepieces were on display in a much more visible way. Additionally, there was some excitement generated in the American market, with the release of the WatchPro Hot 100 magazine that highlighted 100 key retailers, influencers and brands that are keeping the US watch market ticking. (I was proud to be named as one of those influencers.)

Hundreds of exhibitors, including dozens of watch brands, showcase their new pieces to jewelers from all over America, from East coast to West coast, state in between and even Puerto Rico. Here we take a look at some exciting new watches from three key exhibiting brands. 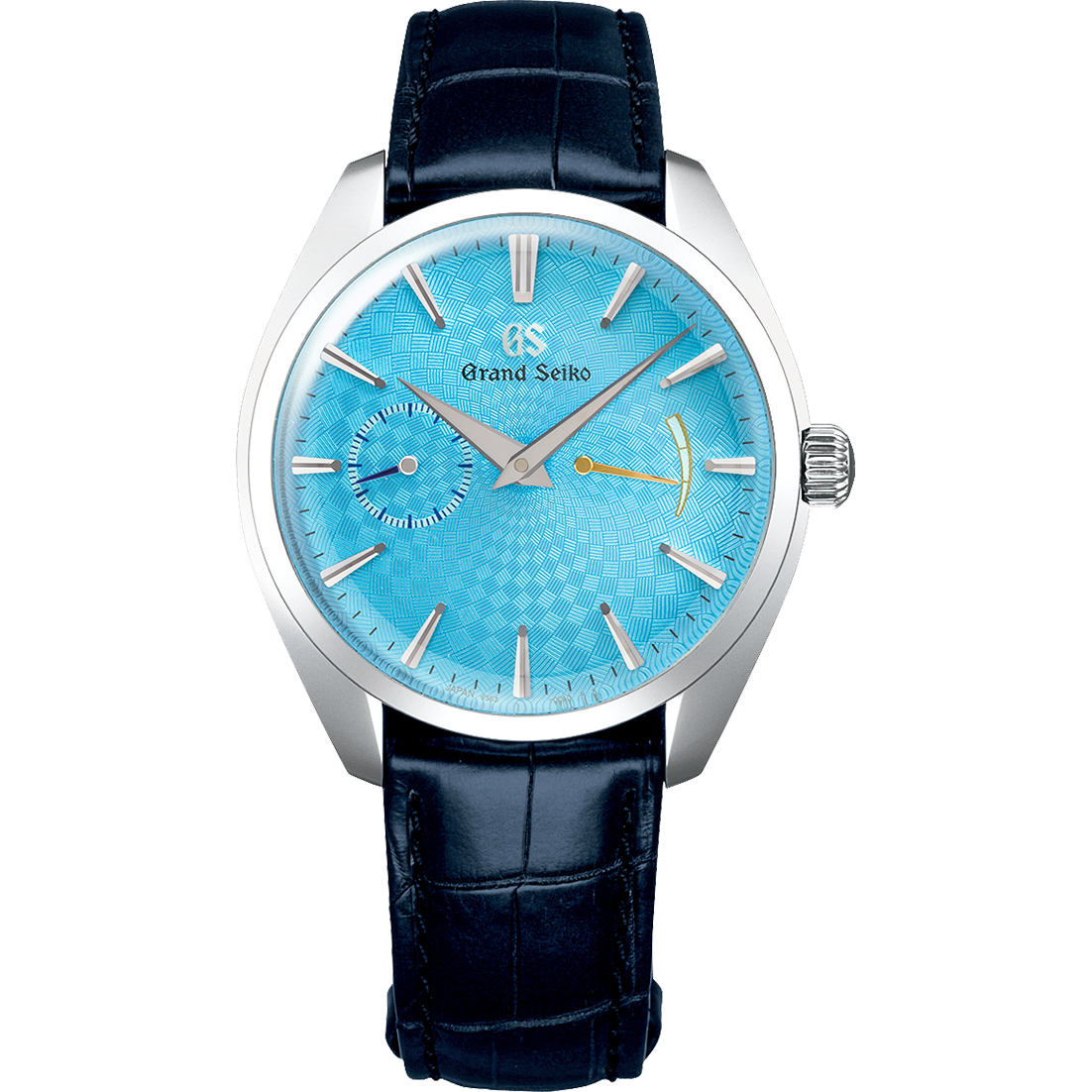 Japanese brand Grand Seiko used the Couture show to its fullest advantage, unveiling several new timepieces, including a couple of USA editions.  Part of its Nature of Time concept, the brand released two new pieces in its Elegance collection. One is of particular note thanks to the striking pale blue dial created in the brand’s Shinzukuishi Watch Studio.

Inspired by the underground lakes in the Ryusendo Cave nearby, the dial looks textured and thanks to the Zaratsu technique used to create it. Domed sapphire crystals protect the 39mm watch, which is powered by the Caliber 9S63 movement with small seconds and power reserve indicator. Just 250 pieces of the USA-only edition will be made. 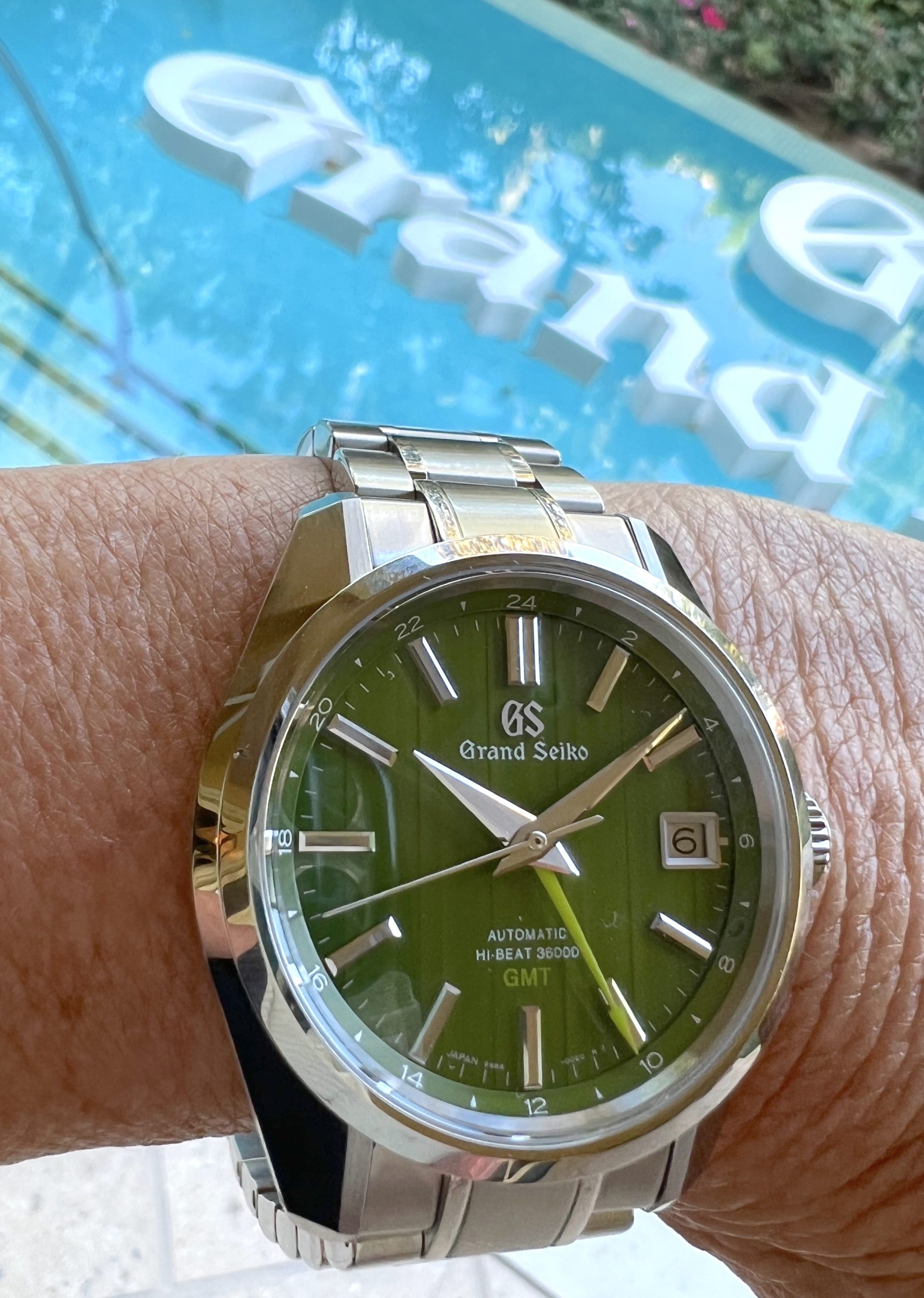 Additionally, the brand released a new Special Edition GMT watch that is inspired by the lush bamboo trees at the Japanese gardens at the Nezu Museum. Artist Kengo Kuma recreates the verdant trees in a modern interpretation on the dial of the new $6,800 GMT watch. Shades of green all come together in a deft blend of nature on the wrist. The 40mm watch boasts a yellow GMT hand and is powered by Grand Seiko’s hi-beat 9S86 movement that is accurate to withing +5/-3 seconds per day. 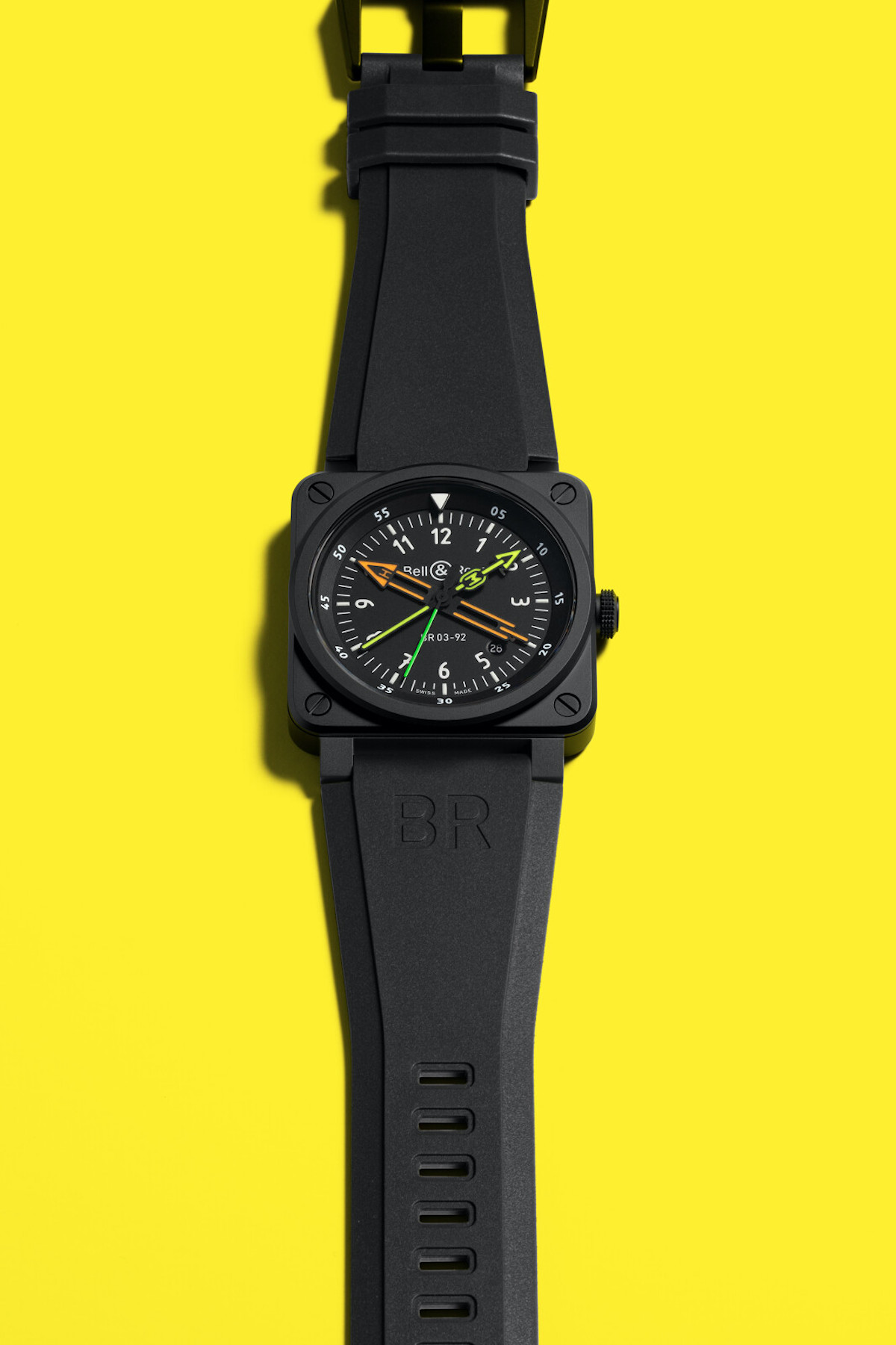 Following in its path to offer true instruments of useful function when it  comes to aeronautics, Bell & Ross releases the BR 03-92 Radiocompass watch. A limited edition of just 999 pieces, each retailing for $4,100, the Radiocompass is inspired by an inflight on-board radio receiver navigation tool and boasts brightly colored fluorescent hands (orange for the hours, baton yellow for the minutes, and bright green for the seconds) for easy readability against the matt black dial. Interestingly, the numerals are placed facing inward toward the dial instead of outward as is usually the case. This was done to emulate the cockpit instrument. There is also a date window discreetly placed between 4:00 and 5:00 on the dial. The watch is powered by an automatic movement and is water resistant to 100 meters.

This year, the Frederique Constant Highlife collection finally adds a Chronograph Automatic watch to the lineup. There are  three models in the series, each boasting a 41mm case with an interchangeable integrated  three-link stainless steel bracelet and an option of a rubber or calfskin nubuck strap. The dial is distinguished by a globe etching. The new chronograph is powered by the FC-391 automatic movement with a new chronograph module with column wheel at 3:00 visible on the dial. The module was developed by Frederique Constant in conjunction with La Joux-Perret and boasts a rose gold plated rotor with Cots de Geneve motif. With 60 hours of power reserve, each version of the watch is created in a limited edition of 1888 pieces ($3,795). Additionally, Frederique Constant announces that French musician and composer The Avener  will be the ambassador for its Highlife collection.

A host of other brands also exhibited and showcased new pieces. Those will be forthcoming in subsequent articles.