You see them come and go. Watch is made in honor of people whose names are unfamiliar and will most likely remain. So in the case of the oris carl brashear chronograph. That is not one of those names you should gloss over and forget.

This is the story of master chief, petty officer carl brosher, the man they sent to find a missing atomic bomb watchfinder the pre-owned watch specialist now available in france, germany, switzerland, usa and hong kong.

So we can keep on making great watch videos. I’d, really appreciate it if you subscribed to the channel, if you already are it really does help? Thank you. In 1966, off the coast of spain, the unthinkable happened during mid-air refuelling, a united states, air force b-52 bomber collided with a kc-135 tanker tearing both aircraft apart and killing most of their crew of 11 only four survived, but there was a bigger problem that b-52 was Carrying a very sensitive load, not one but four nuclear warheads, type b-28ri hydrogen bombs.

The mission came at the height of the cold war, a grueling slog that took the crew towards the border of the then soviet union and back again requiring two in-flight refuelling operations. It was the second refuelling of the mission and the crew was exhausted.

The pilot approached the tanker too fast and where a call to break away by the tanker’s, boom operator would usually be made. No such call happened. The boom struck the fuselage of the b-52 ripped off the left wing and caused an explosion witnessed by a second b-52 over a mile away.

Three of the four warheads were recovered within 24 hours, but one had been lost at sea. It would take 80 days 20 ships, thousands of people and 150 special forces divers to find it called brashear was one of them.

It had been a long, difficult path for brashear to find himself on that mission growing up in segregation in post-war kentucky, he received little schooling and seemed destined to remain with his family working the fields, but he had other ideas.

He wanted to become an elite underwater specialist for the us navy. A master diver, never mind how difficult it was to become a master diver. The us navy’s. Basic diving program, despite being one of the most dangerous careers on the planet, was heavily oversubscribed and not once had an african-american been admitted.

Brashear wasn’t to be deterred. He completed submission after submission year after year, only to be told that they had been lost or damaged, but his persistence prevailed in 1948. Brashear was finally accepted into the u.

s navy, but not as a diver but a steward to become a diver. He would have to undertake nine years of education to make up for the inadequacies of his schooling, all the while finding death threats left in his bunk, just because of the colour of his skin [, Music ], but brashear’s, persistence continued and after Nine long years he finally graduated as a united states, navy diver, the first african-american to do so.

His dream of becoming a master diver came ever closer, but it was still a long long way away. For 12, more years, brashear worked some of the most dangerous missions imaginable: recovering lost aircraft, ammunition and even bodies from the ocean bed.

His dedication earned him the right to escort eisenhower’s, presidential yacht and the rank of chief, and he knew he was close to becoming a master diver when he was assigned to recover that missing hydrogen bomb off the coast of spain.

He knew it was his opportunity to make it a reality. What actually happened would change his life forever. Brashear by this point was no stranger to a salvage operation. His skill and experience in the field was why he had been selected as one of just 150 elite divers in an emergency operation of thousands to recover the most powerful weapon.

Mankind had ever conceived of the mission needed to be fast, efficient and effective, and brashear was exactly that after two months of non-stop searching, however, things were starting to look bleak.

People were tired and there was no end in sight. The warhead had to be found at all costs. There was no rest until it was, but like the incident that had incited the search for the warhead in the first place, tiredness became the operation’s.

Worst, enemy mistakes were being made and one that nearly cost brashear his life during a search shift. A tow, cable, hauling, brushes, diving platform, sheared whipping a steel pipe straight through his leg.

It was all but severed and despite attempts to save it, necrosis set in and it had to be amputated, brashear’s. Dream was over his life as he knew it was over. With one leg he was unable to continue as a diver, let alone become a master diver the career.

He had worked so hard to build the hurdles he’d, had to clear were all for nothing as soon as he was discharged from the hospital. He was summoned to the medical board where he was to be retired, but he didn’t show.

Instead he went into training, building back his strength, learning how to use his prosthetic leg, to walk, to run and to dive. He trained so hard that his stump would fill his prosthetic with blood a wound he hid.

So he wouldn’t, get sent back to the sick bay. Rather, he hid himself away and soaked the bleeding mess in a bucket of hot salty water. So it was just about good enough to go again. The next day. Brashear was already understood to be a persistent man, but this was him at his most stubborn.

He repeated this routine over and over again for two years until finally, finally, the us navy recertified him as a diver for most people. This would have been victory enough, but for brashear, this only reignited his determination to achieve his ultimate goal.

Now he was a diver once again, he was able to continue pushing to become a master diver and over the course of two more years he pushed himself harder than ever to overcome every single obstacle to be stacked against him.

To achieve this goal, he would need to become more educated and more experienced than ever in a field that had never before accepted a person like him, but by now you know how this story ends. Brashear did what he had to do achieved what he had to achieve despite segregation despite his lack of education.

Despite his physical limitations in 1970, carl brochier became a master diver. A watch is just a watch, but the courage and determination of carl brazier is an inspiration that shouldn’t remain buried at the back of a history book now more than ever.

There are lessons to learn from his story of dogged resolve. The oris carl brushier chronograph is a nice watch sure, but, more importantly, it’s brought an otherwise unknown hero to light. I hope we can all learn something from it discover more exceptional watches at watchfinder.

Thank you so much for watching this video. If you enjoyed it, please do consider giving it a like and subscribing to the channel. If there are any watches you’d like to see featured, please let us know in the comments below

Family fashion jewelry is lovely and unique. Why not mark that unique event in life with a terrific piece of family members fashion jewelry. A real representation of that solid bond that brings every person with each other.

Celtic Symbols and Their Meaning in Jewelry

Ireland is a terrific nation loaded with mythology and also magical Celtic heritage. Find out about the definitions of these old Celtic symbols in jewelry.

Find out the background and meaning of birthstones. Birthstone precious jewelry is not just gorgeous, it has importance and an unique history that makes it the perfect present for any type of female.

Tips On How To Buy Irish Jewelry For A Gift

Have you have ever had problem picking the excellent item of symbolic Irish precious jewelry for your enjoyed one? Well do not stress, these easy tips will absolutely make purchasing less complicated.

Interesting Things To Do With Wholesale Buttons

In style designing as well as clothing, switches are typically used as fasteners. They are made from a range of products, with plastic being one of the most common.

The Best Luxury Sports Watches That Are NOT From Rolex, Audemars Piguet, Or Patek Philippe

The Weirdest Watch In The World #shorts | Watchfinder & Co. 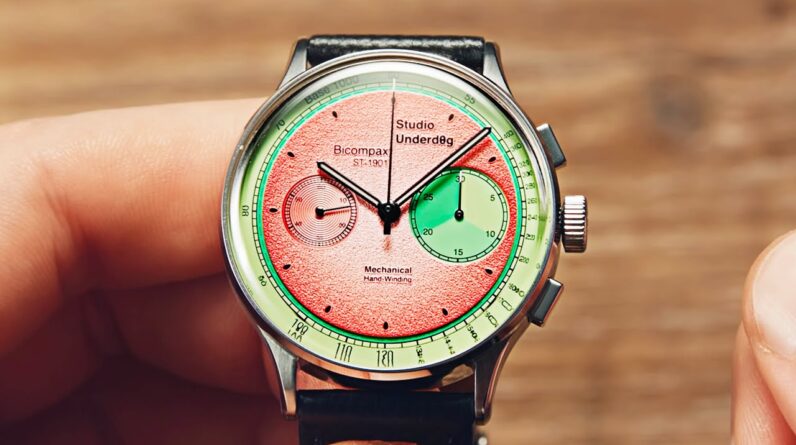 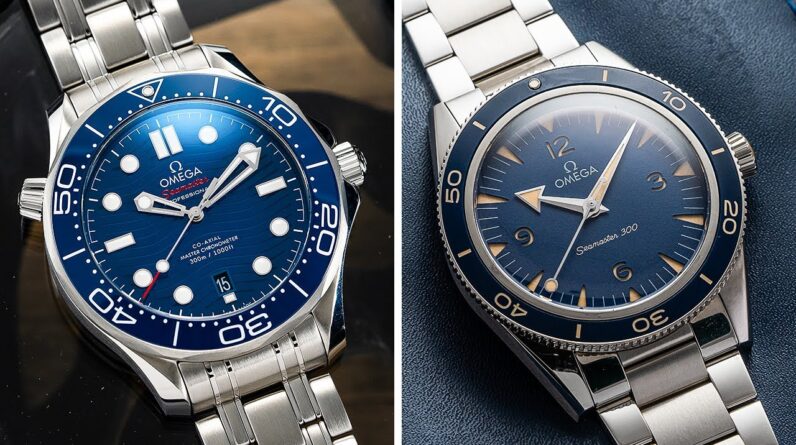 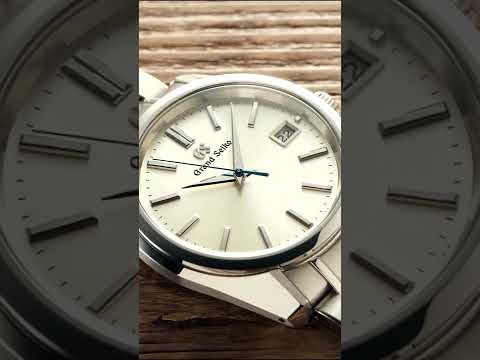 Cheaper AND Better Than A Rolex #shorts | Watchfinder & Co. 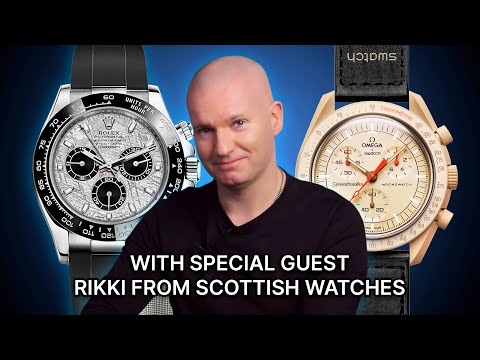 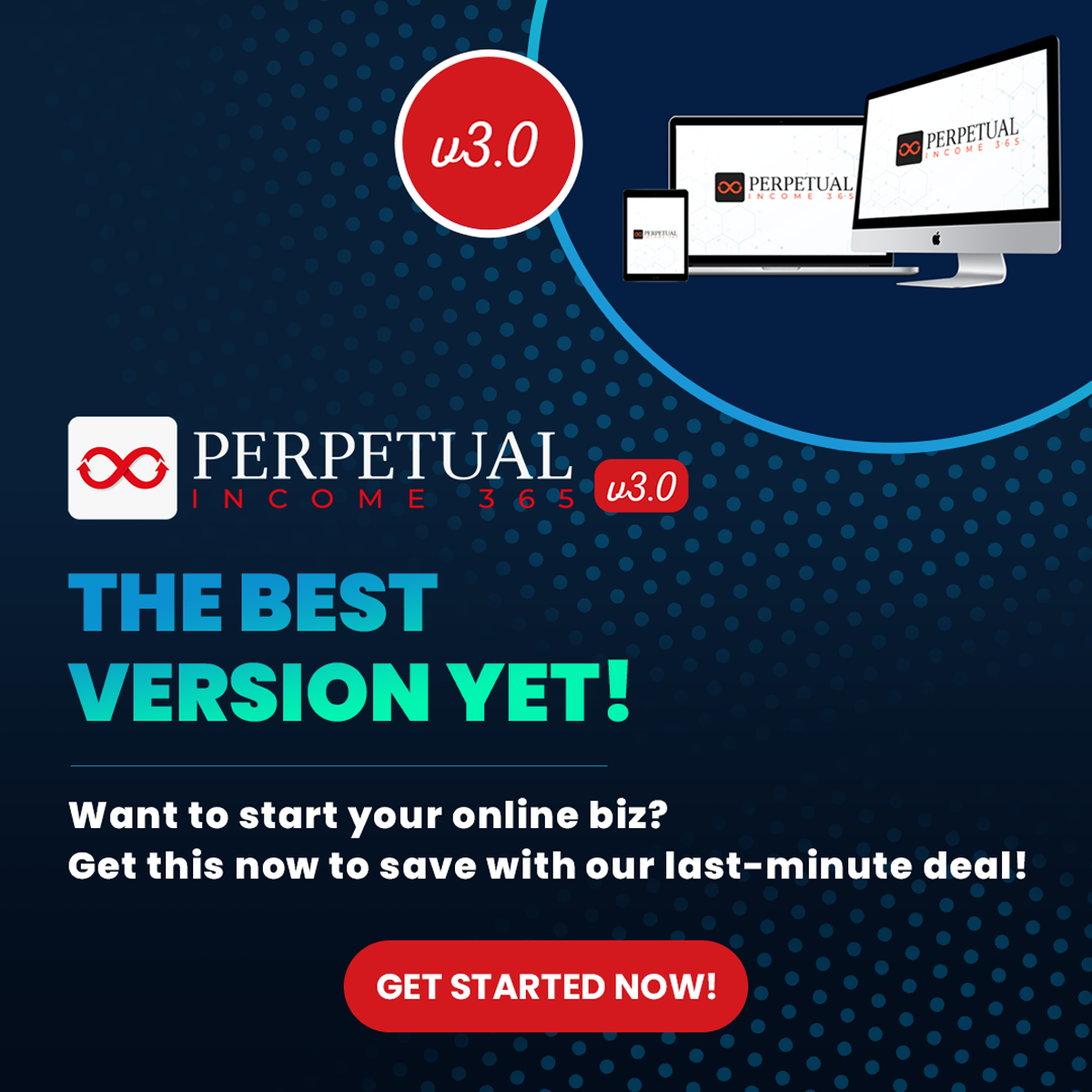