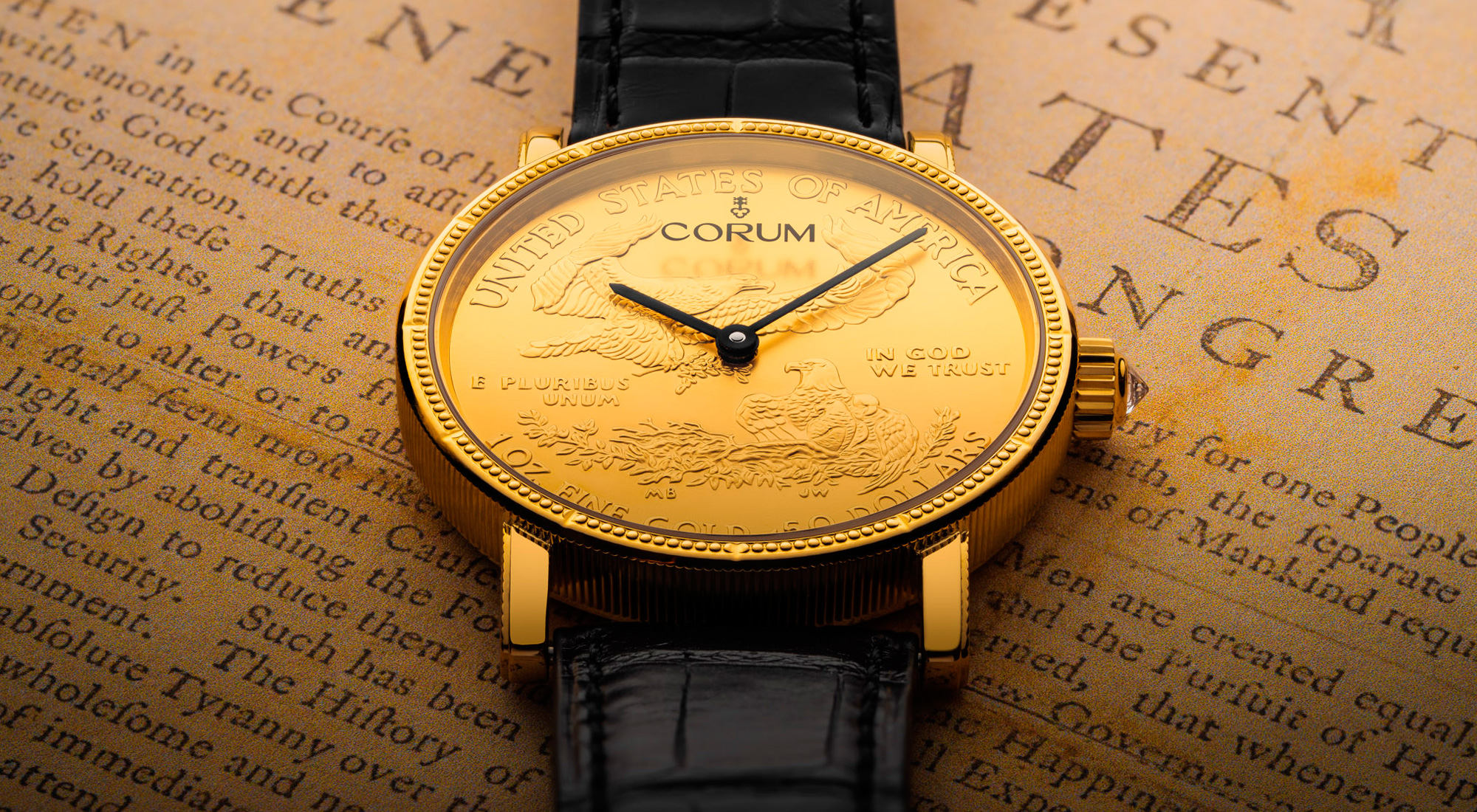 Founded almost 70 years ago in 1955, Corum has often turned out some of the most creative watches of the 20th century. The brand not only builds the iconic Admiral collection, but also released the ahead-of-its-time Golden Bridge watch and the now-famed Bubble series. One of its smaller collections, though, is also a fan favorite, especially of watch and coin collectors. The Corum Heritage Coin watch continues to delight watch lovers with its genuine coin case.

In fact, when it was first created in 1964, the coin watches took the world by storm. Never before had a watch company thought to slice an actual coin in half and place a watch movement inside. When Corum did this, adding hands but keeping the integrity of the coin as the dial, it had such an impact that it fast became a coveted timepiece.

Five U.S. presidents have all worn the Corum Coin watch, as have a host of celebrities, and artists, including Andy Warhol. The presidents who wore Corum’s Coin watches while in the public eye included George Bush Sr., Ronald Reagan, Lyndon B. Johnson, Jimmy Carter, Richard Nixon and Bill Clinton. 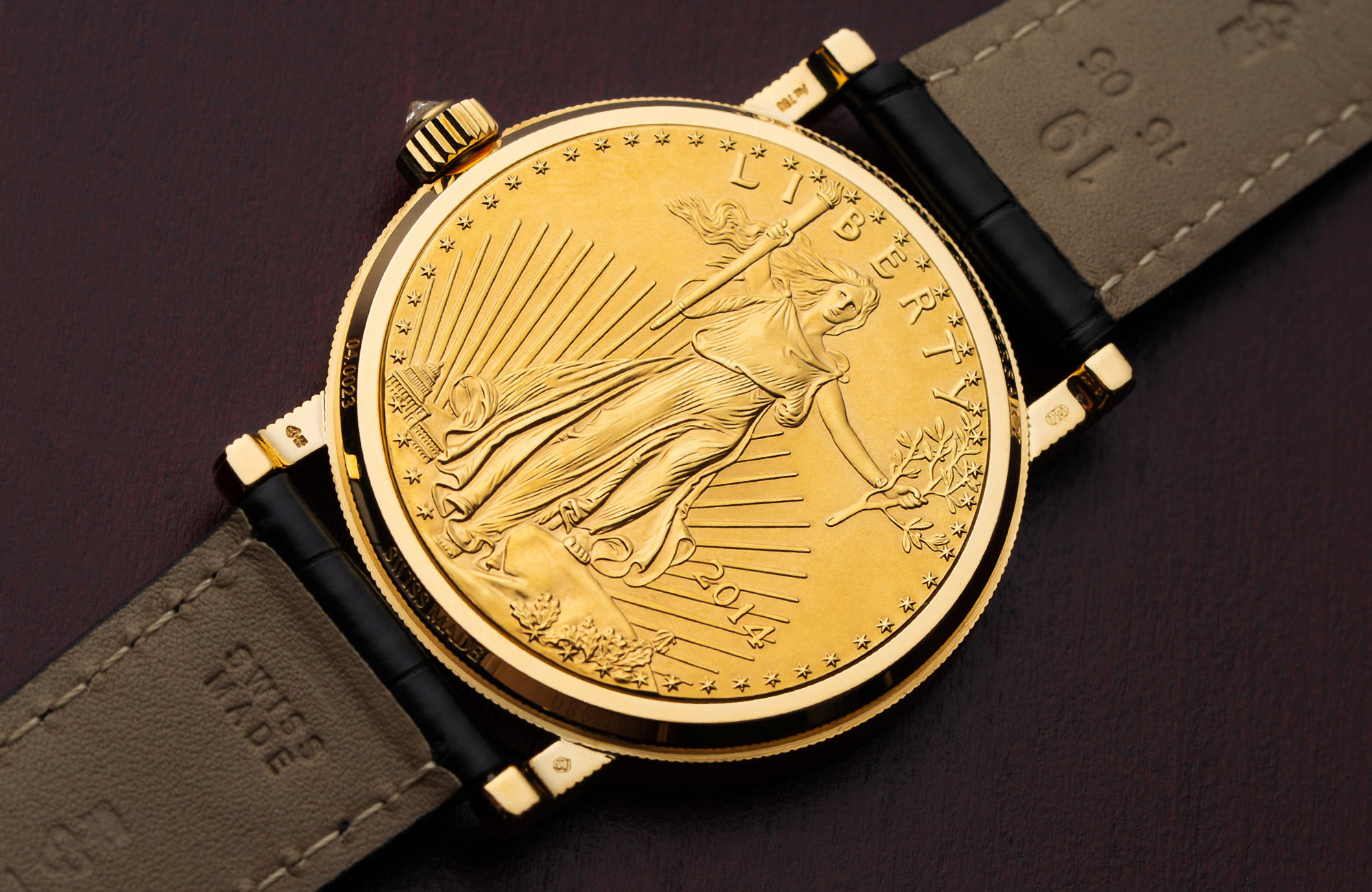 The back of the Corum Heritage Coin watch

Owned today by Citychamp Watch & Jewelry Group, Corum continues to create the “president’s watch” — as it has been loving referred to. Of course, it has – like many famed watches of the 20th century—been in and out of production over the course of the decades. Today, though, the Heritage Coin watches still boast actual coins as the case and are powered by ultra-thin movements set inside the American $20 Double Eagle Coin.

Two particularly impressive current offerings include the yellow gold Heritage Coin and the black lacquered gold Heritage Coin. Both are powered by the CO 082 automatic movement with 42 hours of power reserve. The watches offer hours and minutes indications and nothing else so as not to detract from the 43mm gold coin case. 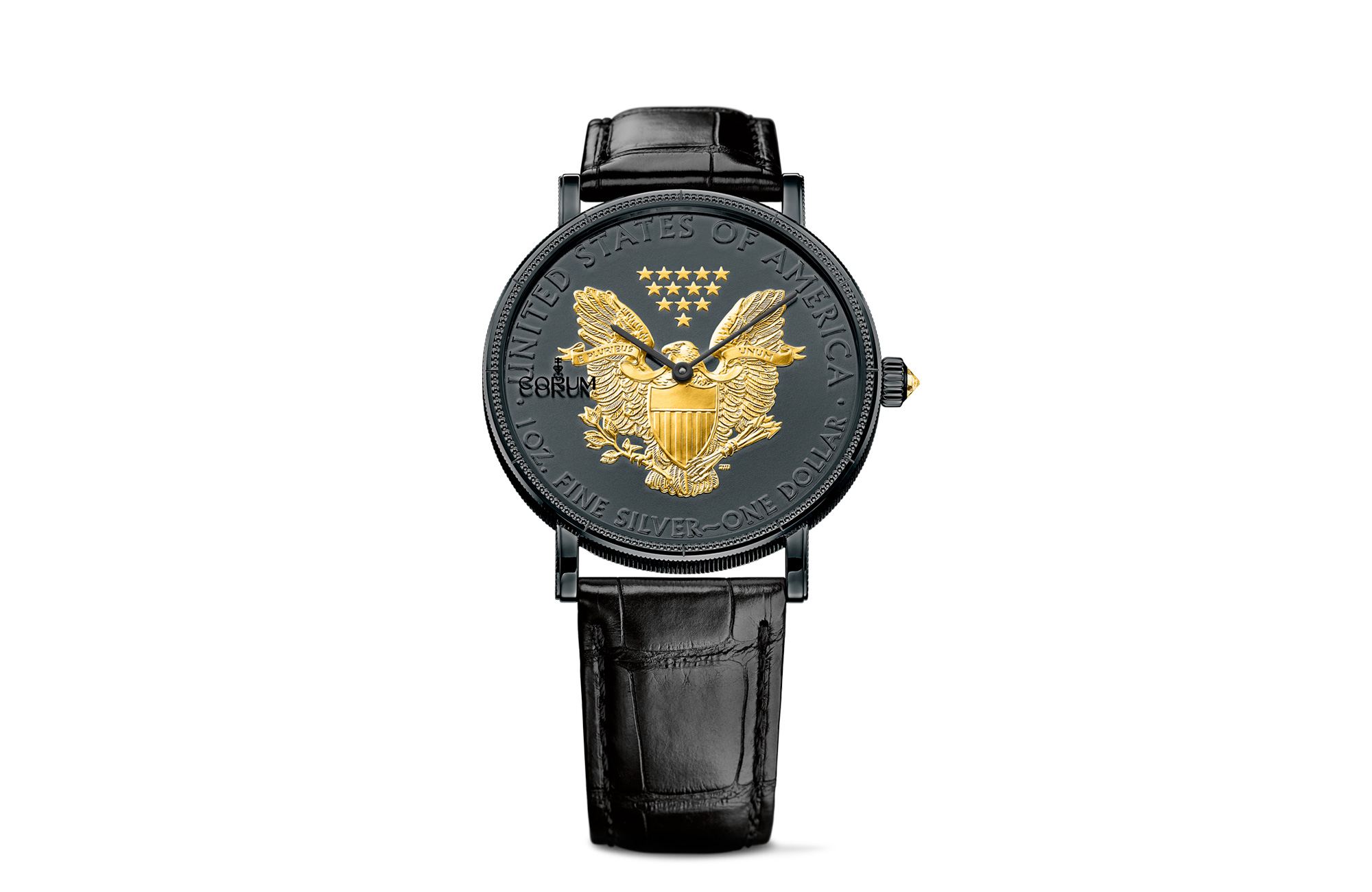 This Corum Heritage Coin watch is finished with a dark lacquer over the 22-karat gold coin.

There are a few other models in the current Corum lineup, including one created with a local artist, but these true-to-their roots Coin watches are the epitome of history and purity. They are worth taking a closer look at because they are dynamite on the wrist: ultra-thin and classically elegant.