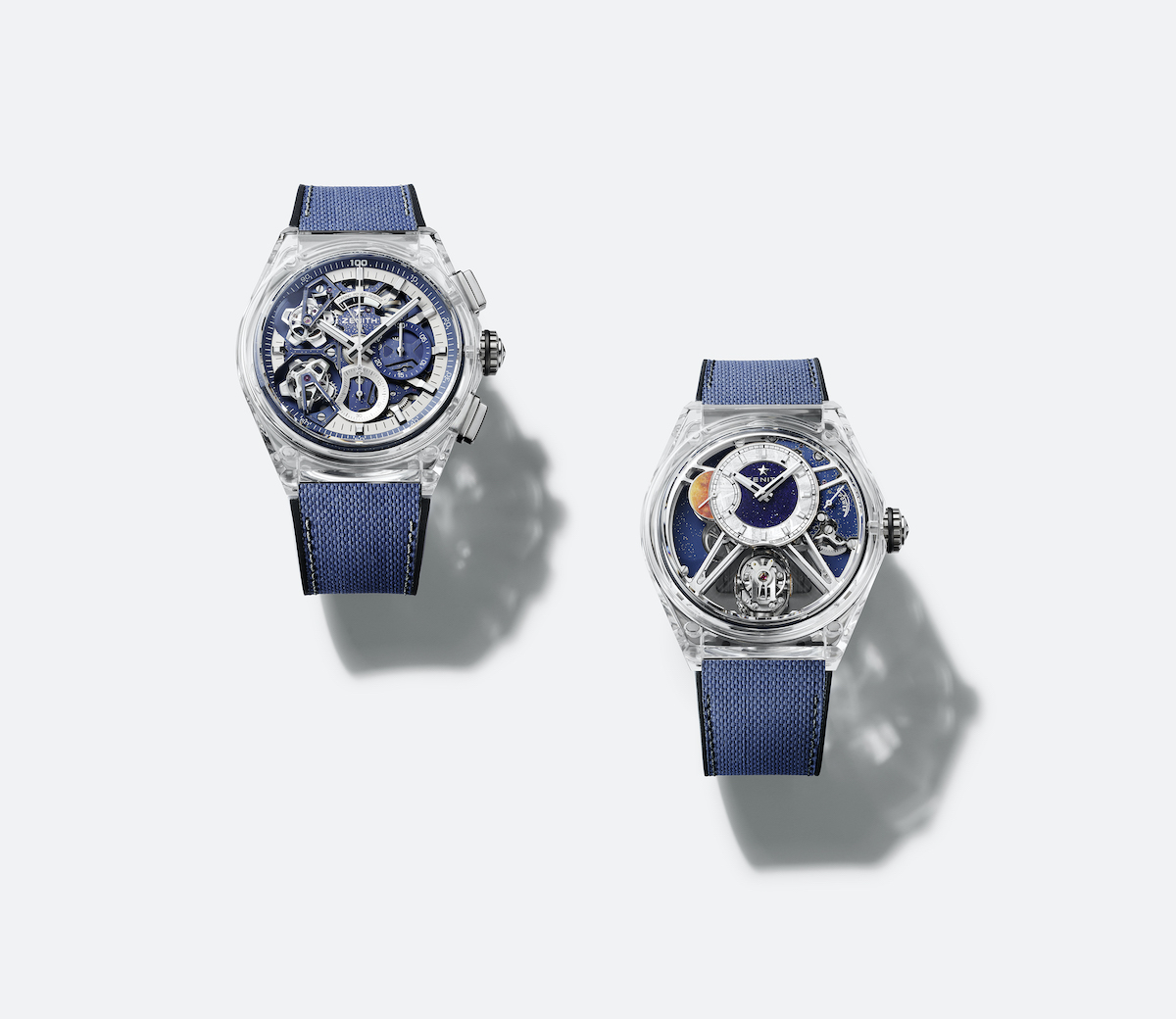 Zenith packages each of its two limited edition Defy watches with a zero-gravity experience.

Zenith has long been known for its cutting edge watchmaking – having introduced the famed El Primero chronograph caliber decades ago.  Now, the brand further showcases its technical watchmaking prowess with two Defy watches that are made in incredibly limited numbers. The Defy Zero-G Sapphire and the Defy 21 Tourbillon Sapphire limited edition watches  — each with sapphire cases — are being sold with  a zero-gravity parabolic flight. Few watch brands have come so far as to offer experiences with the sales of certain watches, and this one promises to  defy gravity on multiple levels.

Just 10 pieces of each Defy watch will be made and the accompanying experience will take place in February 2022. For that weightless event, Zenith partners with Novespace in Bordeaux, France,  a division of the French National Space Center. Astronaut Jean-Francois Clervoy will attend the pre-flight conference. The flight uses mathematical equations to reproduce the effect of floating in space.

Each of the two Zenith Defy watches houses one of the brand’s most complex movements inside a transparent sapphire case with thoroughly modern architecture. Thanks to the transparency, the wearer can easily view the finely finished ultra-complicated movements whose components are treated with blue PVD for exceptional aesthetics. Additionally, the movements boast decorative elements, including tiny stars engraved on the bridges. The star has long been a logo element for Zenith, and the brand recently implemented a  “Time to reach your star” marketing campaign to inspire people to try to pursue their goals to the fullest. 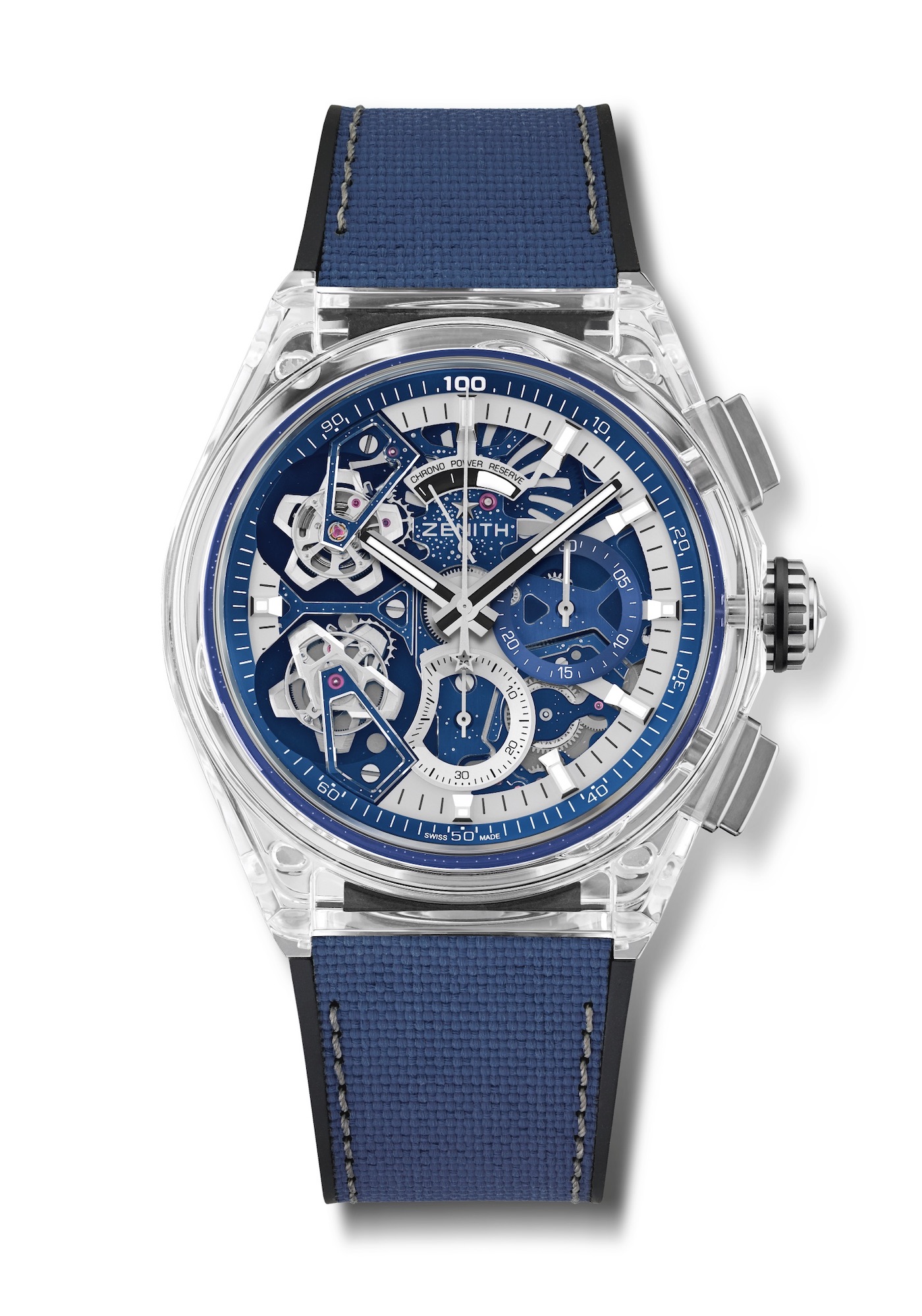 The Defy 21 Double Tourbillon is the fastest tourbillon chronograph currently on the market, tracking time to 1/100thof a second. It is equipped with two independent tourbillon escapements that compensate for errors in timekeeping due to the effects of gravity when the watch is in certain positions on the wrist. The tourbillon for the timekeeping functions beats at 36,000 vibrations per hour, while the tourbillon for the chronograph (stop-watch like) functions beats at 360,000 vibrations per hour. The watch, created in a limited edition of 10 pieces, is powered by the El Primero 9020 automatic movement. The 46 mm watch retails for $180,300. 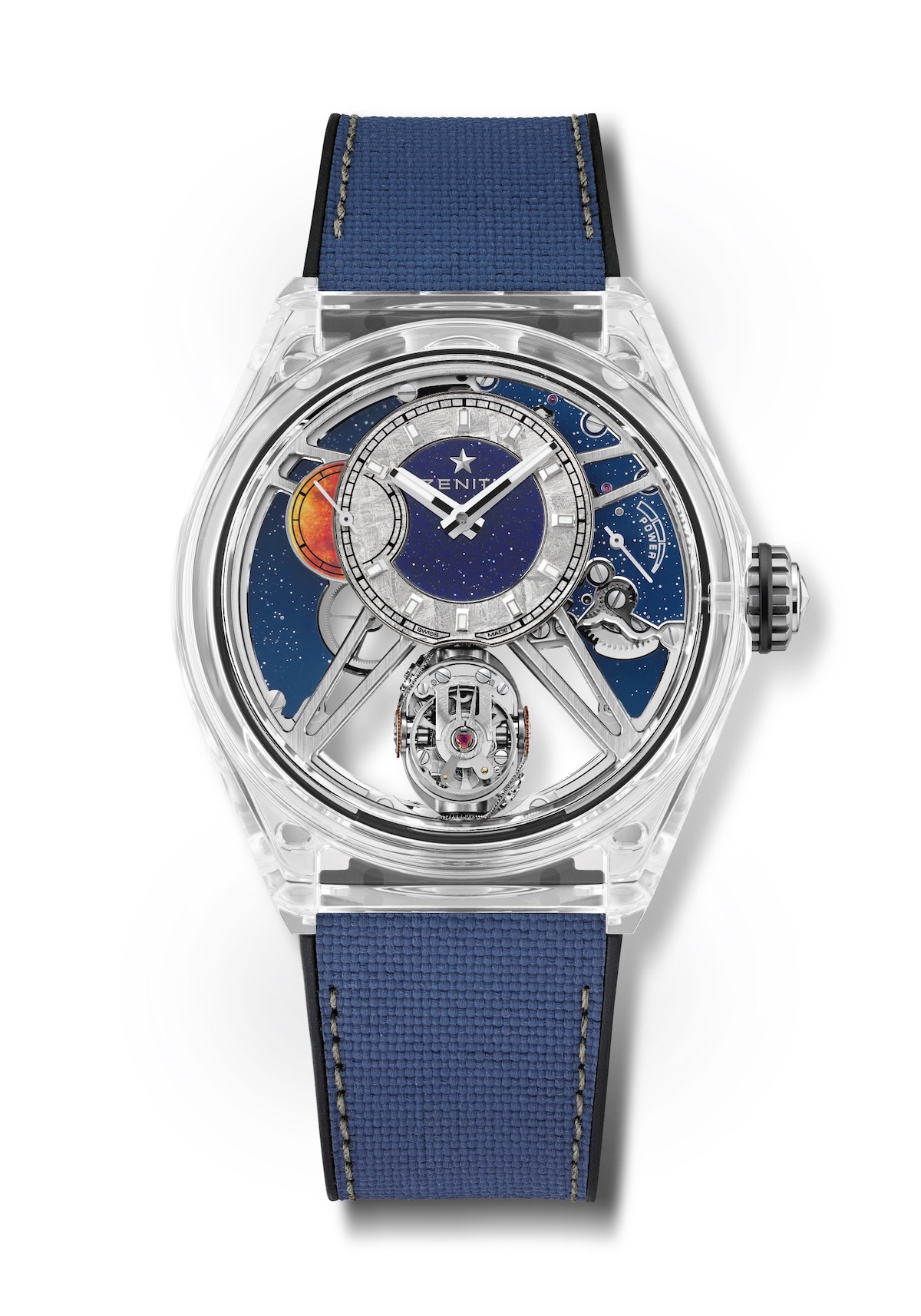 The Defy Zero-G watch boasts a gravity control mechanism to fight the effects of gravity on the watch. For this timepiece, the entire El Primero 8812 S manual-wind movement was redesigned to fit a gimbal for the regulating organ to reside inside of to ensure it remains flat no matter the position of the watch on the wrist. That gimbal is visible via an aperture on the watch dial.  Additionally, the dial features a mosaic of meteorite, aventurine glass and miniature hand painting to achieve a starry sky effect. It even has a tiny red Mars planet on the small seconds hand. Beating at 36,000 vibrations per hour, the 46mm Defy Zero G  Sapphire watch times to 1/100th of a second. Just 10 pieces of this watch will be made, each retailing for $159,700.

(This article by Roberta Naas first appeared on Forbes.com)